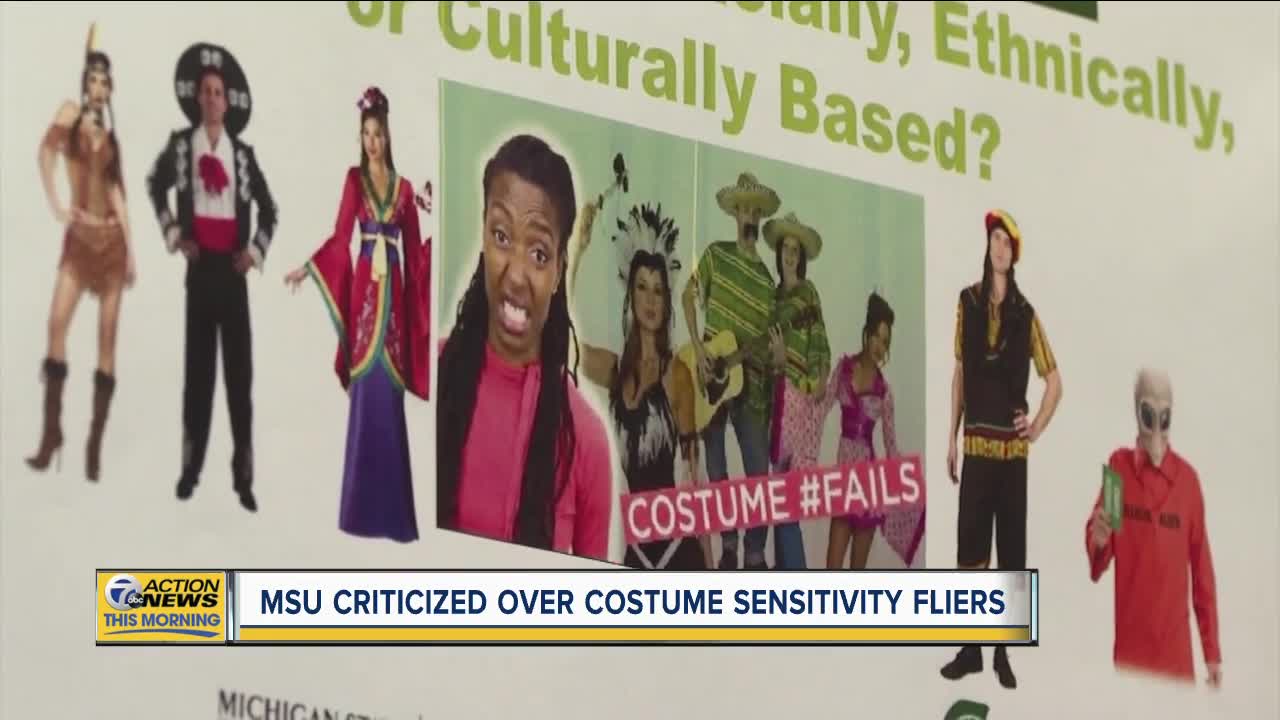 Michigan State University is in the middle of a culture war over Halloween costumes.

(WXYZ) — Michigan State University is in the middle of a culture war over Halloween costumes.

The school is being criticized over fliers posted on campus messages boards asking, "is your costume racially, ethnically or culturally biased?"

The fliers also explain the difference between cultural appropriation versus appreciation. Reaction to the fliers have been mixed.

"The first priority of students here is to learn. they're here for their degree and to get their career later on and so this doesn't fall in line with MSU's job," one student said.

"I really don't think that it's too much too ask for people to not appropriate another culture. I think more university's should take a stance against things like this. Especially times that we have today where there's so many issues going on with race and what not," another student, Yancy Wingard, said.

A spokesperson for MSU said the university is not saying students can't dress that way. It just wants them to know how their costumes can be misinterpreted.