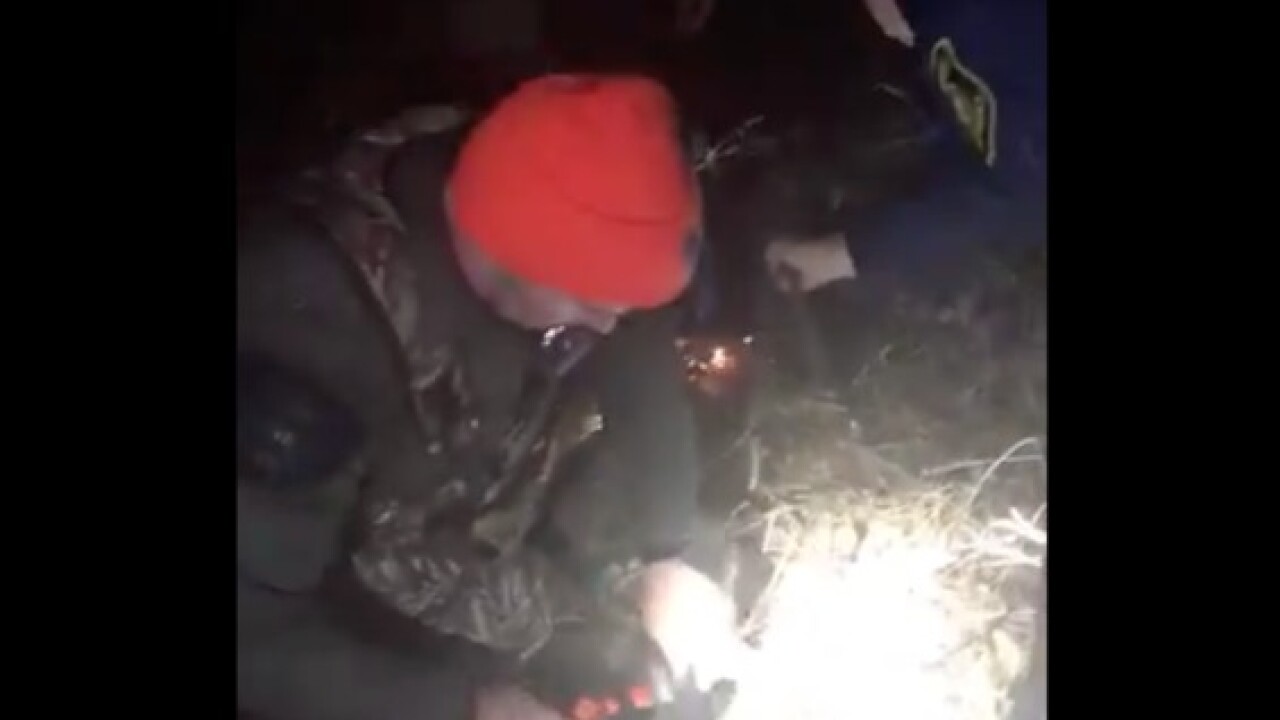 Police say around 6:30 p.m., a hunter called Roscommon County dispatch reporting that a member of his hunting party had not returned to a meeting spot. The missing man was identified as Donald Sokol, a 59-year-old Ohio man.

Around 11 p.m., an MSP K-9 unit located Sokol and made verbal contact, but was on the opposite side of a deep waterway which they could not safely cross.

The MSP helicopter arrived on the scene and was able to maintain a visual on Sokol. The K9 handler was beginning to experience hypothermia symptoms and had to leave to woods to reeive treatment.

MSP and DNR officers found Sokol in an exhausted, dehydrated and hypothermic state. They began removing wet clothing and built a fire to help warm him there at the scene.

Once they determined he was too weak to walk out on his own and that the terrain was too difficult to carry him, assistance from a U.S. Coast Guard helicopter was requested.

Upon arrival, the helicopter dropped a rescue basket and lifted Sokol, who was flown directly to the hospital where he was treated for dehydration and hypothermia.

All involved troopers, deputies and officers were medically cleared.

View video of the rescue here:

(3/3) Here is some video of Troopers and DNR officers trying to start a fire to warm the victim. The dedication, teamwork, and professionalism of the troopers and all involved in this rescue remind us why we chose this career. I’m very proud to be a trooper today. pic.twitter.com/98OecGDNx9