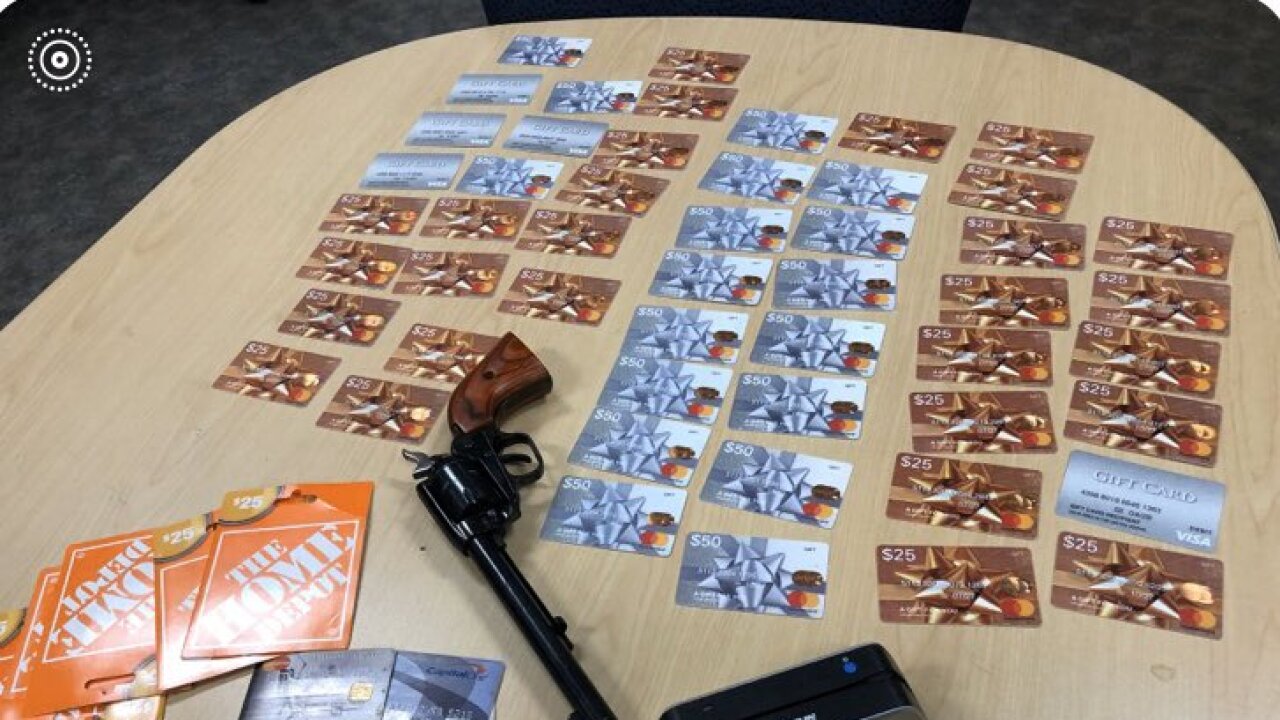 (WXYZ) — Michigan State troopers seize over 100 fraudulent credit, debit and gift cards in a bust on Jan. 22. Also seized were a card skimmer and firearm, according to a Twitter post.

Trooper from MSP First District Headquarters conducts a traffic stop for improper lane use on Jan 22 at 9:10 AM on I-94 in Parma Twp, Jackson Co. Further investigation revealed over 100 fraudulent credit cards, debit cards, gift cards, a credit card skimmer and a firearm was pic.twitter.com/KHJuaewAIl

The bust happened around 9 a.m. in Parma Township in Jackson County during a traffic stop for improper lane use.

The three male suspects that were arrested are in their 20s and from Detroit. They've been taken to Jackson County Jail to await charges.