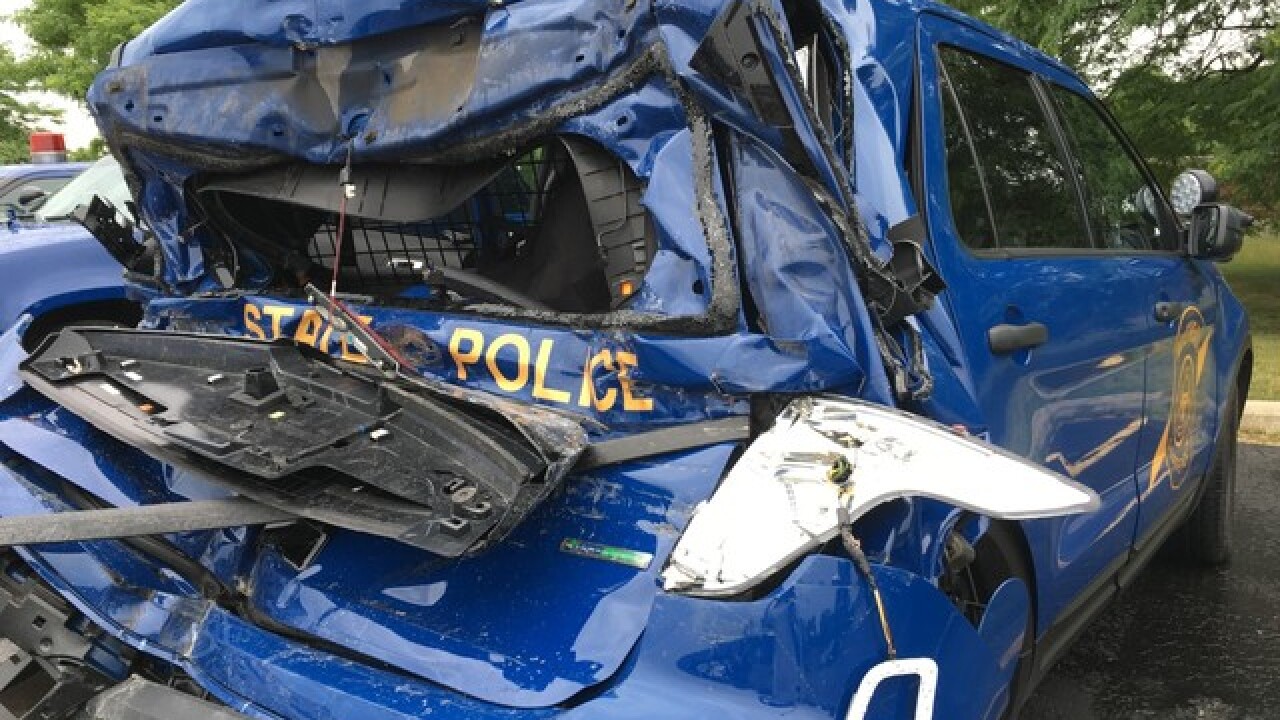 Michigan State Police say a trooper was injured after his vehicle was struck on I-696 eastbound near the Lodge Freeway in Southfield this morning.

Lt. Mike Shaw says the trooper was alert and talking when he was transported.

We're told he was assisting with an accident when a driver failed to follow the MI Move Over Law and struck the trooper's SUV.

MSP says the trooper suffered broken ribs, but is expected to be OK.

The eastbound lanes of I-696 have since reopened.