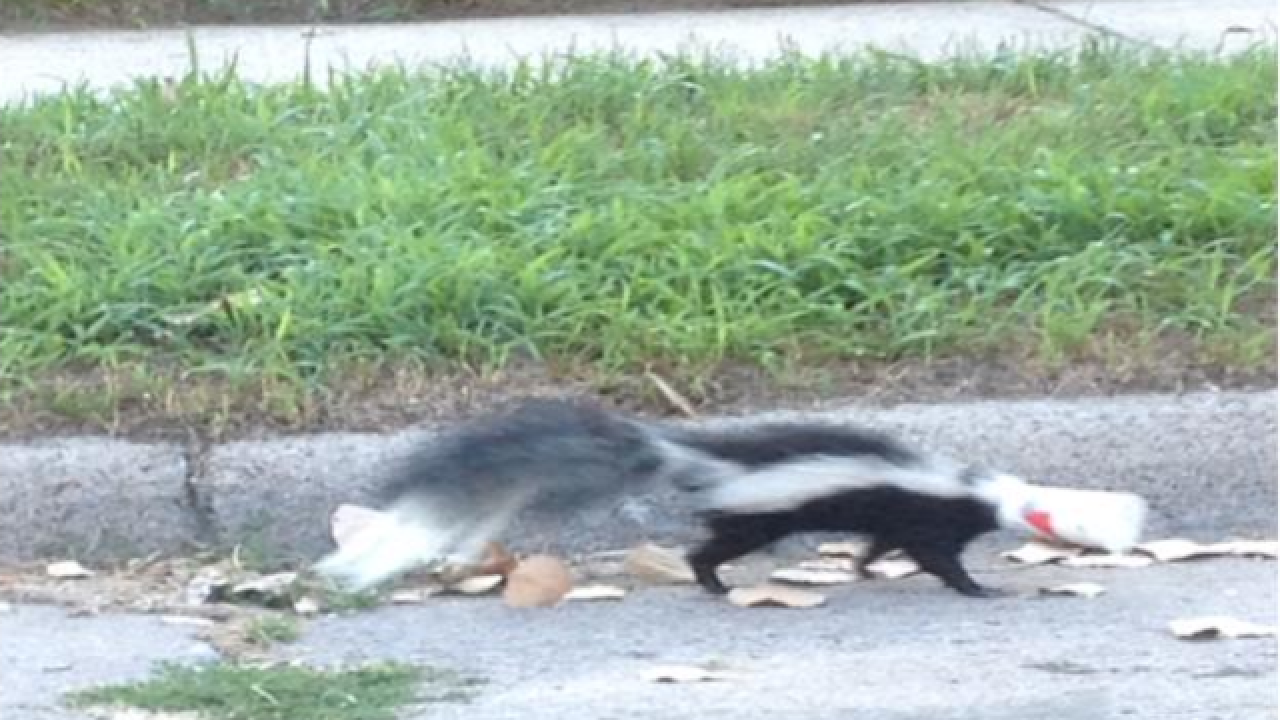 Michigan State Police troopers helped rescue a skunk with a cup on its head on Thursday morning in Royal Oak Township.

According to MSP, troopers were dispatched for a "savage" skunk, and when they arrived, the skunk had its head stuck in a yogurt cup. It was also running around spraying everything.

When MSP contacted animal control, they were told animal doesn't handle calls like this.

Then, troopers "decided to risk the possible tomato juice bath and get the cup off the skunks head on their own."

MSP said one trooper used a wooden pole to distract the skunk while a second trooper, who was the fastest, ran up and removed the cup.

"The skunk took a quick look around, nodded in appreciation and left the area," MSP said in a statement.

According to MSP, none of the troopers were sprayed.