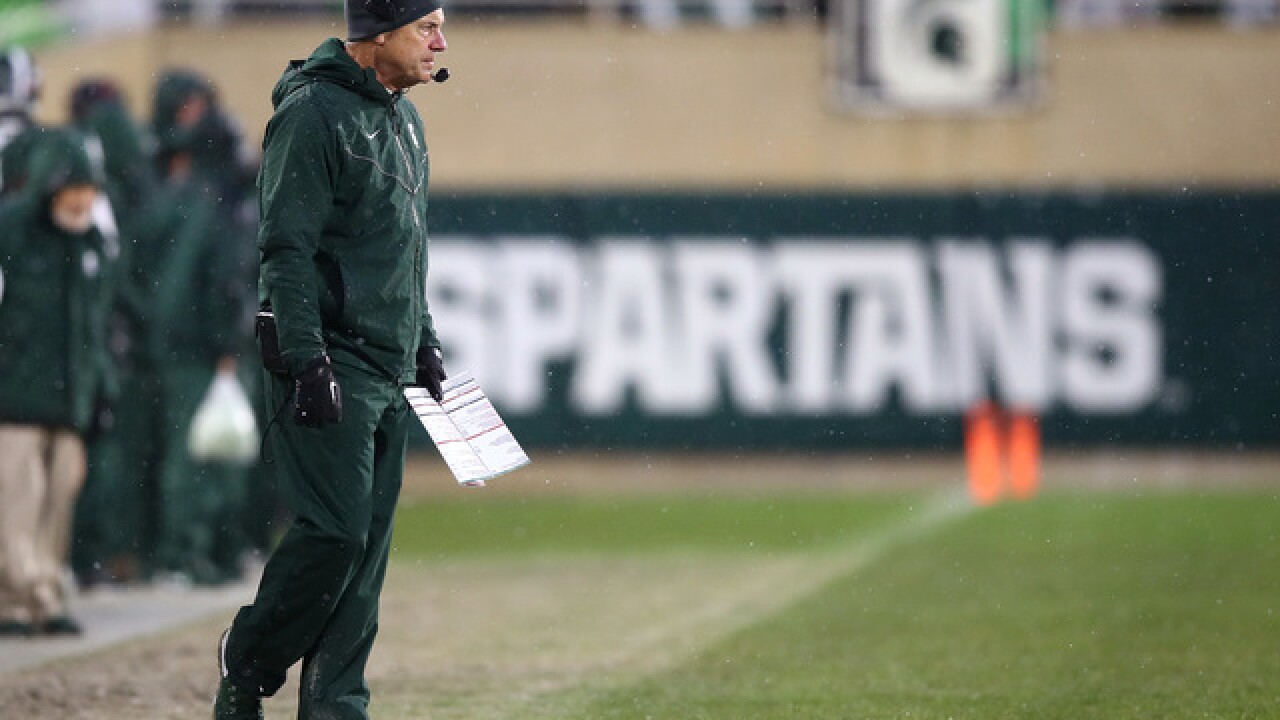 Michigan State came out ahead of Michigan in the preseason Associated Press Top 25 poll released on Monday. The Spartans are ranked No. 11 while the Wolverines came in at No. 14.

Alabama will begin its quest for a second consecutive national championship with a rare three-peat.

The Crimson Tide is just the second team to be ranked No. 1 in the preseason Associated Press Top 25 poll for three straight seasons. Alabama received 42 out of 61 first-place votes.

The preseason AP poll started in 1950 and since then only Oklahoma from 1985-87 had started No. 1 in three straight years until now.

Ring up another milestone for coach Nick Saban's Tide dynasty. Alabama has won five national championships since 2009 and now has been No. 1 to start the season five times under Saban. Last season was the first time Saban's team started and finished the season No. 1.

The Tide enter this season with a question at quarterback, but there appears to be two good answers from which Saban has to choose: Tua Tagovailoa won the College Football Playoff championship game for Alabama with a second-half comeback and overtime touchdown pass. Jalen Hurts has led the Tide to the national title game in each of his two seasons as a starter.

Whoever is quarterback, Alabama's offense should be potent with running back Damien Harris working behind a powerful line anchored by tackle Jonah Williams.

The Tide's always tough defense will have all new starters in the secondary, but defensive end Raekwon Davis and linebackers Mack Wilson and Dylan Moses are primed to be Alabama's next All-Americans.

The machine never stops in Tuscaloosa. One again, everybody is chasing Alabama.

The entire Top 25 is below: