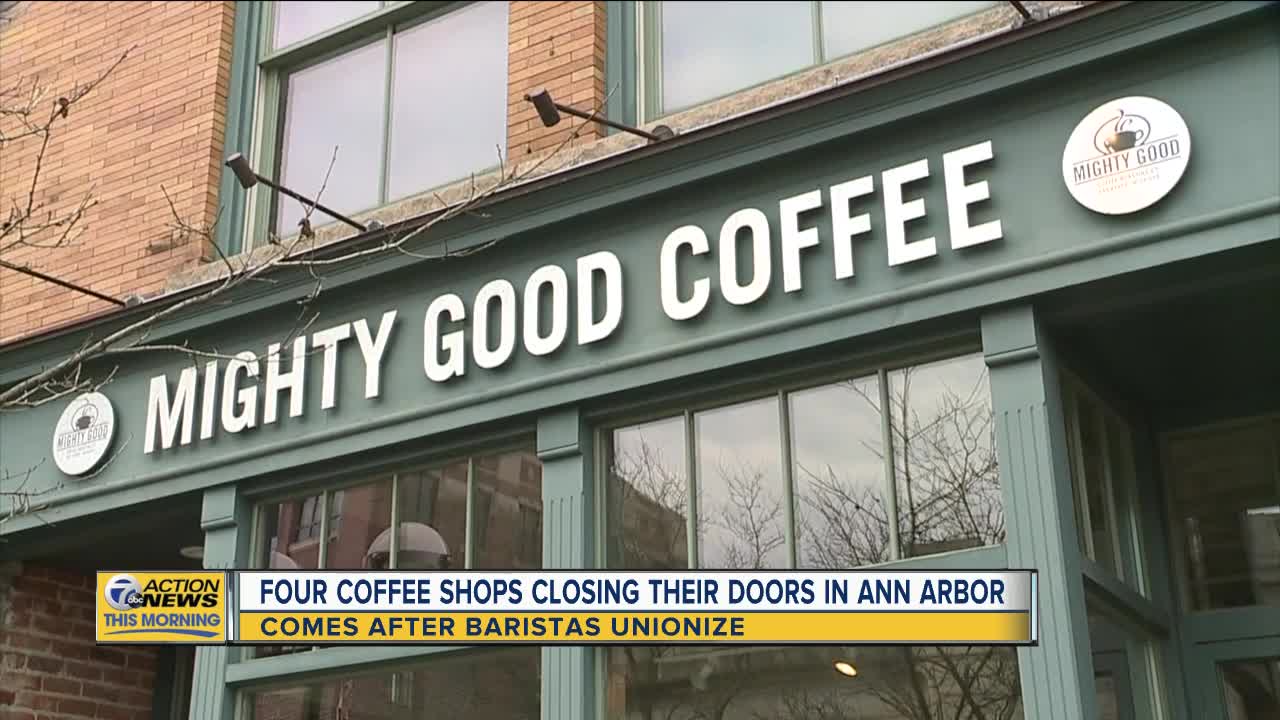 Four coffee shops are closing their doors in Ann Arbor after baristas unionized.

The move came as a shock to the baristas involved — they tell 7 Action News they were in the middle of their first contract negotiation when they got a four-day notice that layoffs would start as they prepared to close the Mighty Good Coffee shop on Main Street in Ann Arbor this Friday.

“We walk away with no job and no contract,” said Mandy Gallegos, a barista who joined protestors on Tuesday afternoon.

The workers unionized after a public allegation of racial discrimination against the company. Past media reports detail the story of a black female barista who was passed over for promotions and raises while white employees she trained moved ahead of her. According to VICE News, she sued and settled the case out of court.

Now the union that was formed as a result of that situation believes they’re being creatively cut out of the business — they tell 7 Action News that only the baristas will be laid off, non-union workers will continue to operate the roasting portion of the coffee business.

A lawyer who drafted the letter sent to the union has not responded by phone, or e-mail, after inquiries from WXYZ.

That letter, however, explains part of the story. A copy obtained by WXYZ explains that the owners felt the experience of running a business was “overly stressful,” adding: “(it) created an unworkable burden on their relationship and their family.”

The letter details a schedule for closing the four Ann Arbor locations of Mighty Good Coffee:

“There’s still not a lot to go on for us,” said Ian Wilkinson, a member of the Washtenaw Area Coffee Workers Association (WACWA Baristas). “We don’t know how they’ll handle staffing or who’s going to get hours. There’s a lot of uncertainty right now.”