Authorities: Some suspects charged in kidnapping plot were inside the Michigan Capitol during anti-shut down protests 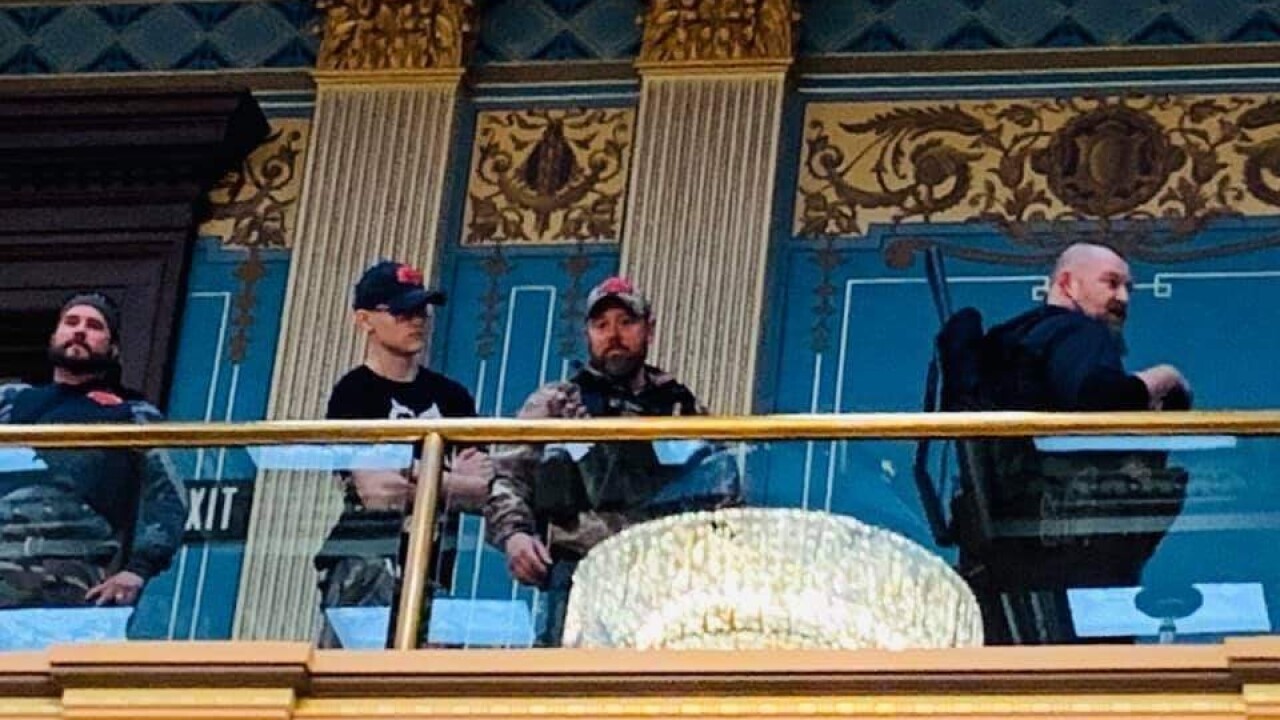 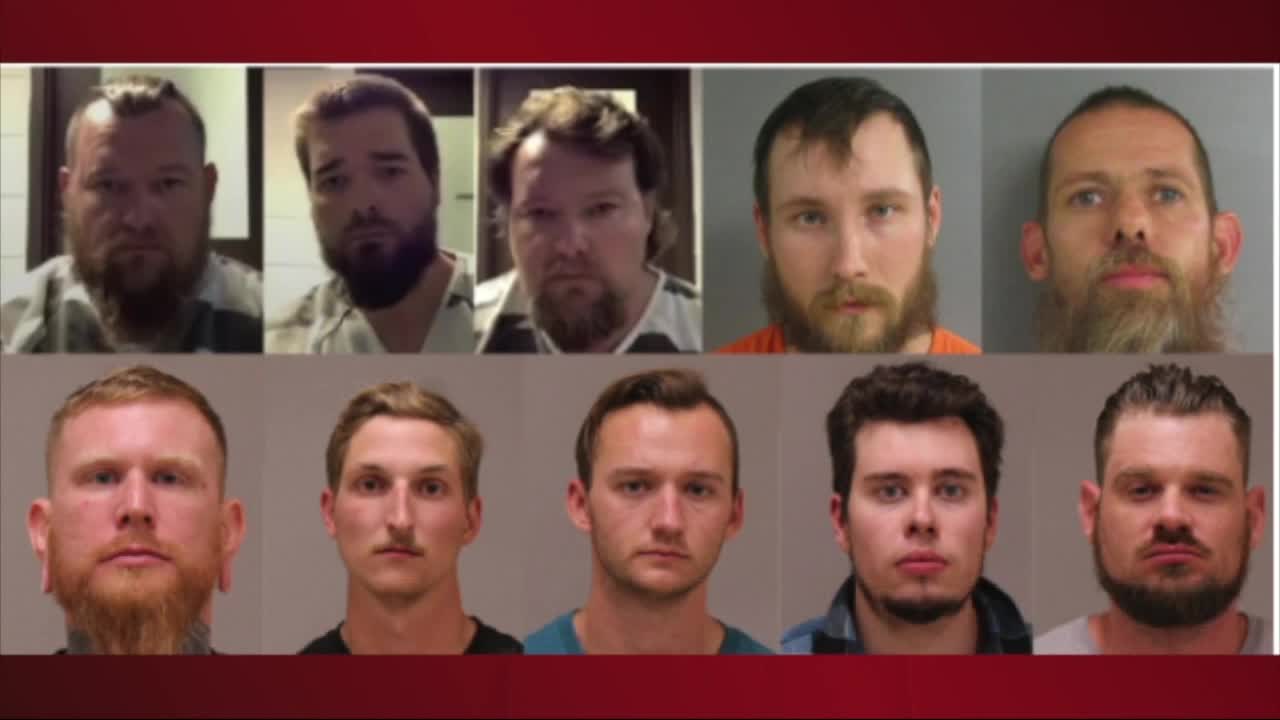 (WXYZ) — The 7 Investigators have confirmed two men photographed inside the state capitol during a protest when several people were carrying weapons are among the 13 suspects arrested during an anti-terrorism operation across the state.

Law enforcement sources confirm that Michael and William Null are seen in a photo that originally posted on Twitter on April 30, 2020 by State Senator Dayna Polehanki.

The Null brothers, both 38, are from Plainwell and Shelbyville. They are both charged with providing material support for terrorist acts, and carrying or possessing a firearm during the commission of a felony.

They are among the seven men charged by Michigan Attorney General Dana Nessel under Michigan’s anti-terrorism act.

“The individuals in custody are suspected to have attempted to identify the home addresses of law enforcement officers in order to target them, made threats of violence intended to instigate a civil war, and engaged in planning and training for an operation to attack the capital building of Michigan and to kidnap government officials including the Governor of Michigan,” said Nessel.

The other men charged include Paul Bellar, 21, of Milford; Shawn Fix, 38, from Belleville; Eric Molitor, 36, from Cadillac; Pete Musico, 42, and Joseph Morrison, 42, both from Munith.

Hundreds of FBI agents and state police raided homes and businesses around Michigan Wednesday night, arresting a total of 13 men for various kidnapping and terrorism crimes.

7 Action News cameras were rolling as the feds searched a home in Hartland Michigan, belonging to suspect Ty Garbin, for hours last night.

All 6 are charged with federal conspiracy to commit kidnapping, in a plot to abduct and possibly kill Governor Gretchen Whitmer at her vacation home before the November election.

“The FBI and state police executed arrests of several of the conspirators when they were meeting on the east side of the state to pool funds for explosives and exchange tactical gear,” said Andrew Birge, US Attorney for the Western District of Michigan.

Nessel says the state charges have been filed against men she says are associated with a militia group called Wolverine Watchmen.

Sources tell the 7 Investigators that all 13 men identify less as militia, and more as anti-government extremists associated with a group known as Boogaloo.

“All of us in MI can disagree about politics. But those disagreements should never ever amount to violence. Because of the hard work of the men and women in law enforcement, police officers and federal agents, violence has been prevented today,” said Matthew Schneider, US Attorney for the Eastern District of Michigan.