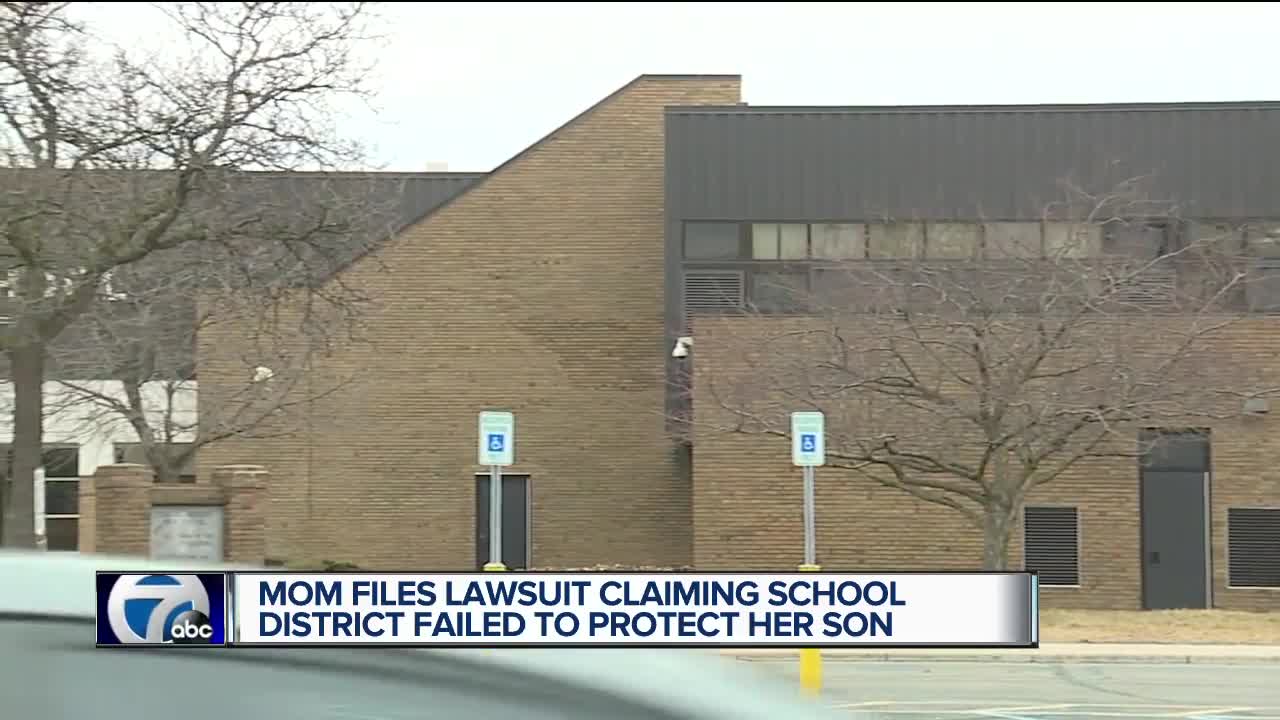 A mom says she went to her son’s school and asked for help stopping relentless bullying. She didn’t get action to protect her son, now she is taking her concerns to court.

STERLING HEIGHTS, Mich. (WXYZ) — A mom says she went to her son’s school and asked for help stopping relentless bullying. She didn’t get action to protect her son, now she is taking her concerns to court and filing a lawsuit against Warren Consolidated Schools in the United States District Court for the Eastern District of Michigan.

She says it happened at Sterling Heights High School. Her son told some football teammates he thought were his friends that he’s bisexual. The sophomore was crushed when he started getting messages on social media with gay slurs, threatening to hurt him if he didn’t quit the team.

“It is not right," the teen's mom said. "It is not fair. How would they feel if they were getting that done to them? He is just looking for acceptance."

Then she says at practice a teammate attacked her son. Her attorney, Eric Stempien, says the school district failed to protect him.

“(The district) never told his parents," Stempien said. "They found out later what happen and a doctor diagnosed him with a concussion."

Matuschek says the student who allegedly assaulted her son and gave him a concussion, was never kicked off the football team.

"There were no repercussions,” she said.

The family's attorney says the school never took any action against the student accused of the assault. Matuschek says the assault also resulted in her son quitting something he was passionate about.

“He quit something he loved," Matuschek said. "He played football since he was in seventh grade."

She says her son fell into a terrifying depression. He attempted suicide. She says the school district needs to implement proactive anti-bullying policies before her son or another child loses their life.

The school district is closed due to Election Day, but did release a statement saying it has not yet been served with the lawsuit and can’t comment on pending litigation.