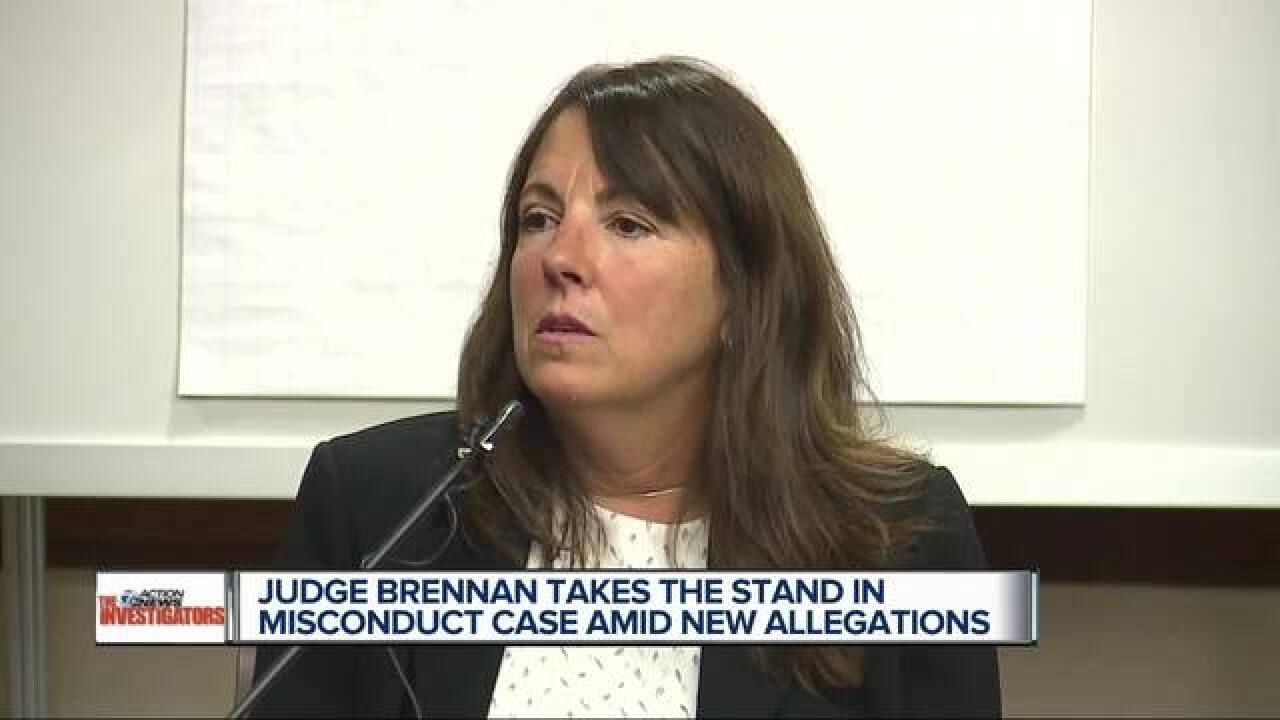 The judicial Tenure Commission has issued more allegations against suspended Livingston County Judge Theresa Brennan.  They are a persistent failure to treat persons fairly or courteously, conduct clearly prejudicial to the administration of justice and making false statements.
The new motion for an amended complaint is being filed after a ten day hearing in the Judge’s case before a Master, retired Wayne County Judge William Giovan.  He can add the charges or deny them after the defense responds.
Judge Brennan was removed from her duties in June after the first formal complaint from the JTC was issued.  She is still being paid her annual salary of $135,000 plus Livingston County is paying up to $100,000 for her defense and a visiting judge is being brought in at taxpayers expense to handle the cases.  She has denied all allegations.
The attached motion spells out the testimony and evidence in the case to back up the allegations.  More testimony is expected in another hearing to be scheduled possibly next Month.  The case was being heard by Judge/Master Giovan in a Livonia courtroom.  The JTC process could permanently remove Brennan from the bench.  The Michigan State Police are also investigating criminal allegations that have surfaced in her case including perjury, destroying evidence and obstruction of justice.
One main allegation is that Judge Brennan had an affair with a lead detective, Sean Furlong in a murder case tried in her court.  Jerome Kowalski was convicted and is doing life in prison without parole.
Copyright 2018 Scripps Media, Inc. All rights reserved. This material may not be published, broadcast, rewritten, or redistributed.