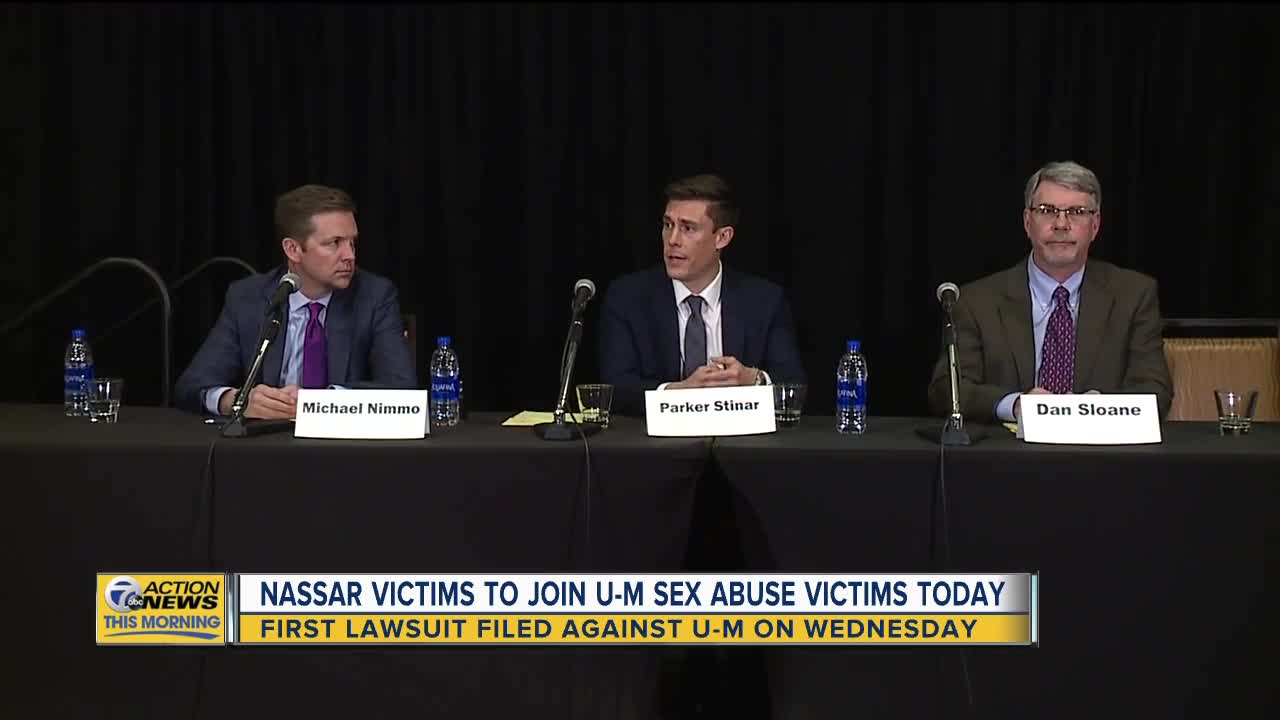 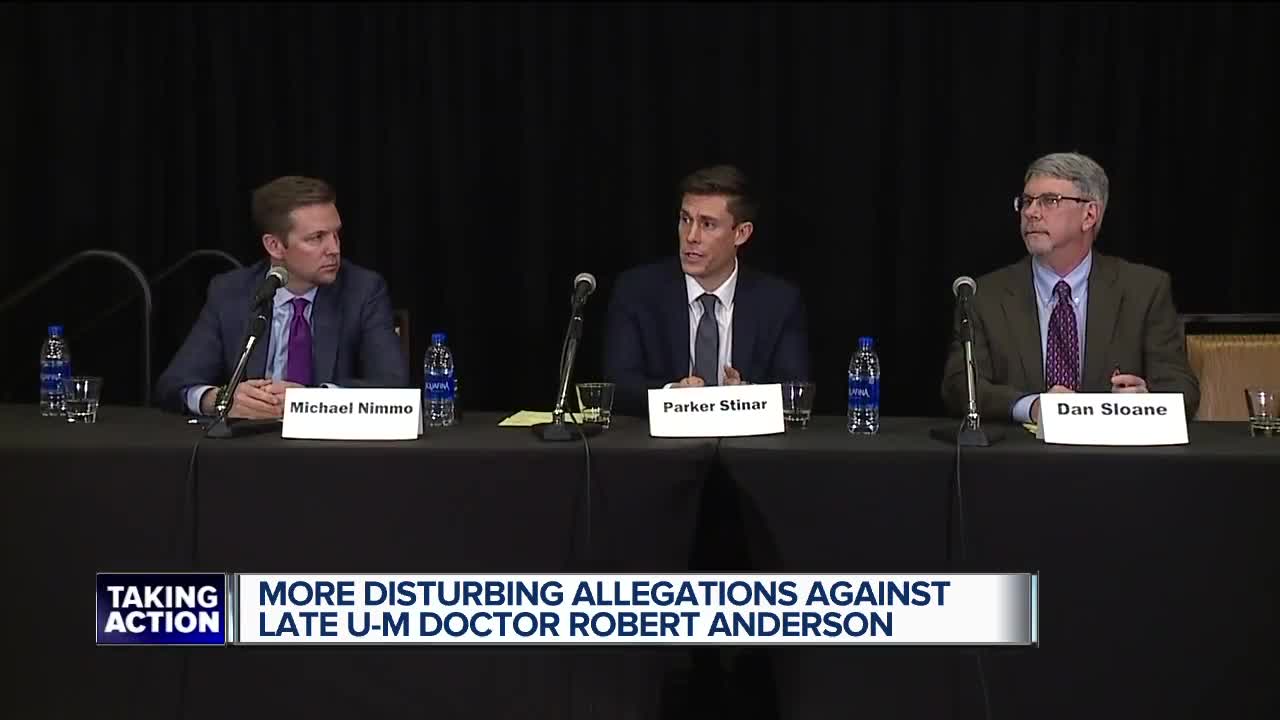 ANN ARBOR, Mich. (WXYZ) — More disturbing allegations have come to surface against the late former University of Michigan doctor accused of sexual misconduct which has now led to a federal lawsuit.

The lawsuit alleges U of M had a sex predator on campus for decades and did nothing about it. Attorneys are now accusing the school of a flat out cover up.

Attorneys for alleged victims of the late former University of Michigan Dr. Robert Anderson say a client they're suing on behalf of was a teenage wrestler who was sexually abused. They say the doctor showed a pattern of performing genital and rectal exams on young student athletes that were totally unnecessary.

RELATED: Ex-wrestler files first lawsuit against U of M over sex abuse allegations against late doctor

Furthermore, they say between 1968 and 2003, complaints against the doctor had no effect, even after a firing as director of health services. Anderson was allowed to stay on performing exams on athletes pressured to keep quiet or lose out on scholarship money. At a separate press conference, attorneys representing 50 alleged victims say women are now among those coming forward and trust has been lost in the university's topline being answered by University of Michigan lawyers.

Football, wrestling and hockey players are among those being represented by Attorney Parker Stiner, but he has not yet filed a lawsuit. Instead, he's meeting with U of M for transparency and accountability.

The university has issued an updated statement apologizing for harm caused by Dr. Anderson, and are encouraging victims to come forward. The university is promising a full account of any institutional failings. Part of their statement also says, “Counseling the university is offering will be through a firm with extensive experience facilitating confidential and sensitive support services. No contact with the university will be required.”

At noon on Thursday, another law firm is holding a press conference in Ypsilanti. They'll be calling for an AG investigation.