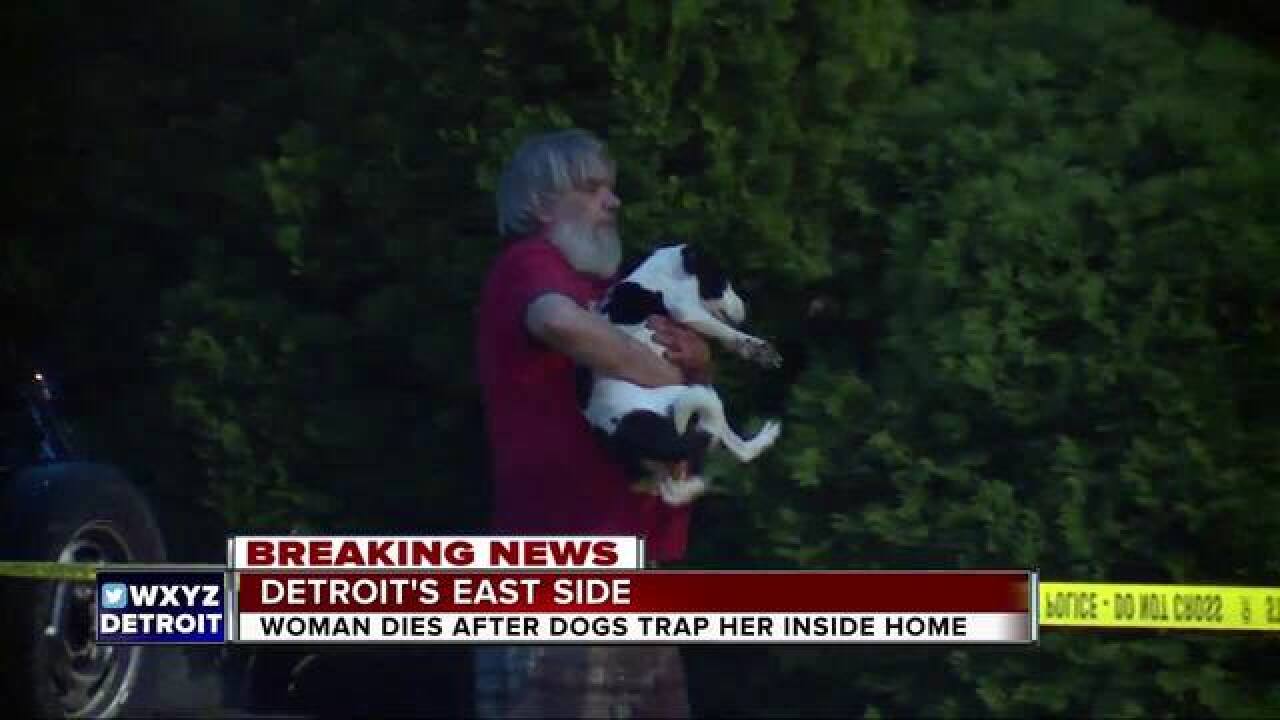 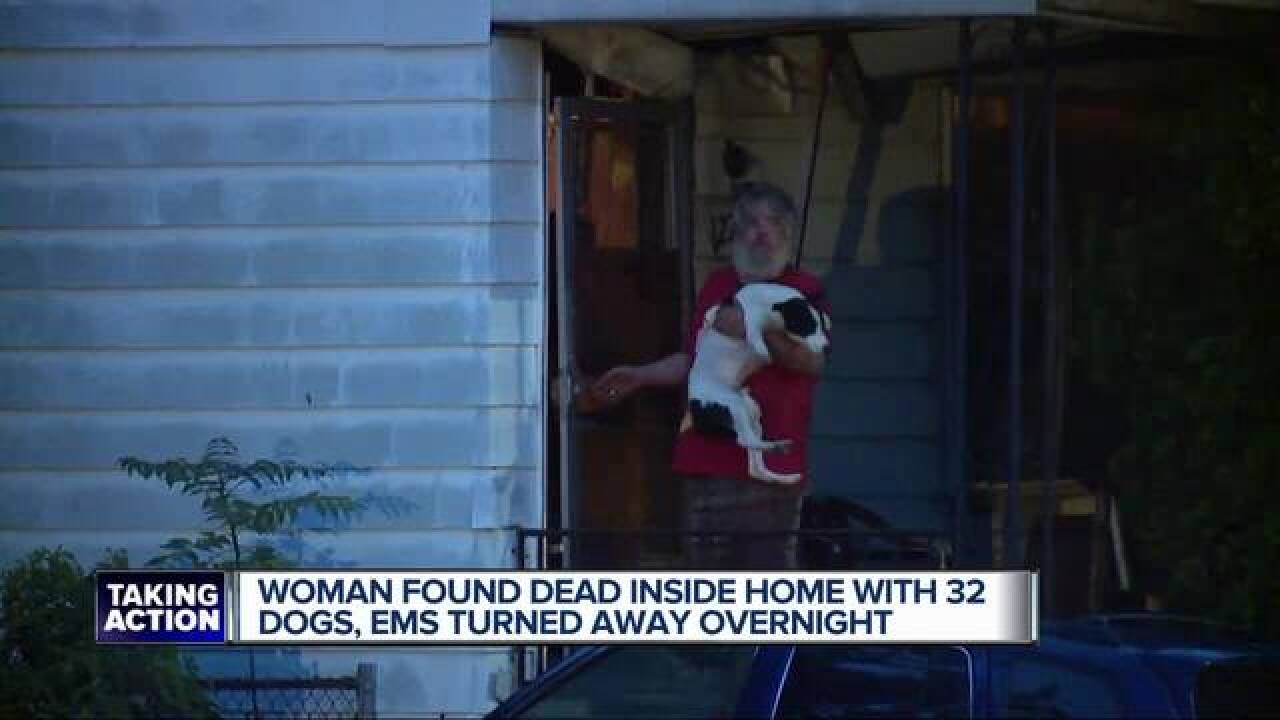 Police say there is no criminal investigation underway after a woman was found dead inside a home that also housed 32 dogs.

The house is in the 12700 block of Hamburg on Detroit's east side near McNichols and Gunston.

Police described it as a chaotic scene overnight as they were assisting paramedics who were trying to get into the home for a medical call.

Neighbor Henry Murphy says a woman and her three adult children, two sons and a daughter, all live inside the house.

Murphy says he helped the mother call 911 when she came banging on his door around 2:15 a.m.

"Her daughter was taking a shower and she fell and she's bleeding all over the place," said Murphy.

When EMS arrived, police say the crews were turned away by one of the sons who said they had the wrong location. EMS was dispatched back to the same home an hour later, by the same son called 911.

That's when paramedics had to call for back-up because of the dogs.

Another neighbor, Orlando Jemison, says the family had been collecting stray animals for decades.

"All the dogs stayed inside, they don't ever let the dogs out, not even in the backyard. They keep them in the house. You barely even see them."

Police say the mother and her two sons did help section off the dogs in other rooms while police and EMS entered.

Paramedics say they found the 47-year-old daughter dead on the bathroom floor. They say it appeared she had been dead for a while, possibly several hours before the first 911 call was placed.

They say she had an injury to her neck and they are investigating whether her death was related to a fall in the shower.

Animal Control removed 28 dogs from the home and two turtles. The animals are now being evaluated and Detroit Dog Rescue is expected to take a majority of the animals to be adopted out.

Four dogs were allowed to stay in the home per the city ordinance.

Police have also called adult care services to the home due to the conditions inside.