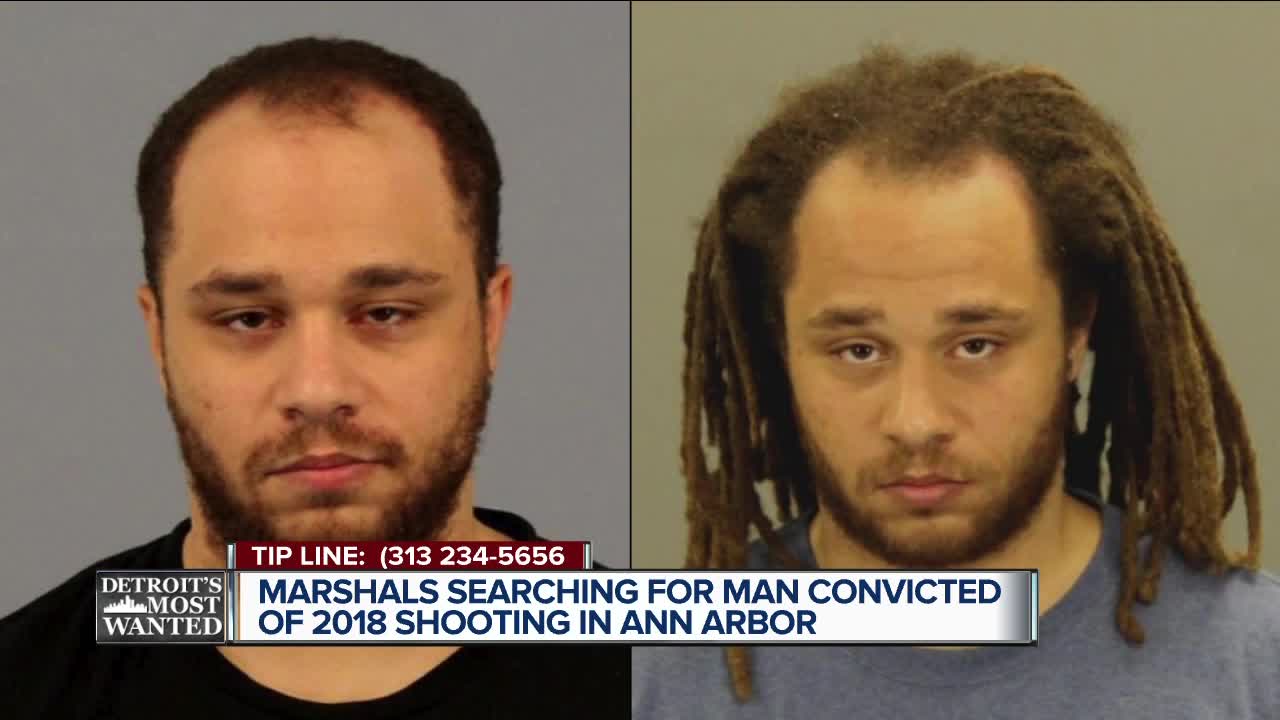 Jacob Labelle is the newest Detroit's Most Wanted, he's sought in connection with a 2018 shooting in Ann Arbor. 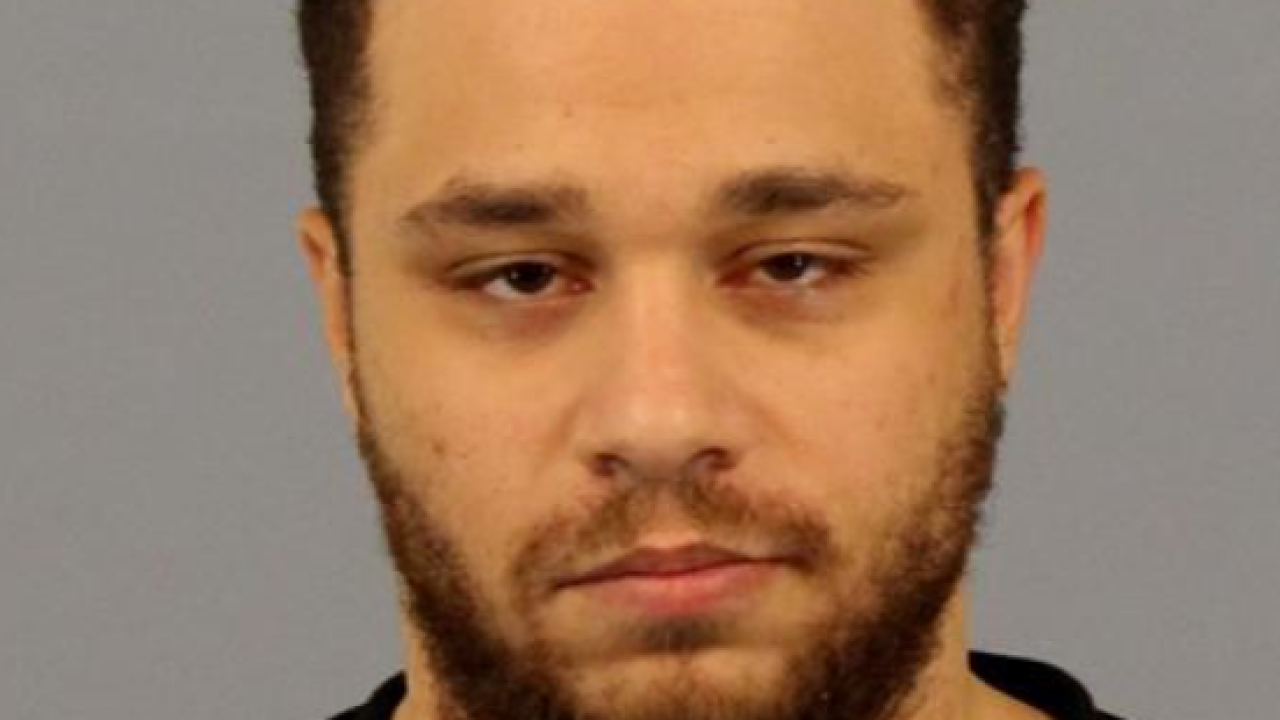 (WXYZ) — This week, the Washtenaw County Sheriff's Office, prosecutor's office and the U.S. Marshals need your help tracking down a man police say was found guilty of a violent shooting in Ann Arbor.

The man found guilty for a 2018 shooting in Ann Arbor took off as his verdict was read in court. Now authorities are giving 7 Action News never before seen video of the crime as the search for the shooter intensifies.

It happened in downtown Ann Arbor right across the street from the University of Michigan, and the U.S. Marshals say with the arsenal Jacob Labelle had – it could have been much worse.

Surveillance video captures it all - a busy May night here at State and University across from the Diag as delivery driver Mike Ridder makes his final stop at a Walgreens.

"This is right in the heart of Ann Arbor," said U.S. Marshals DFAT supervisor Aaron Garcia.

"He swings his backpack around, he has this Louis Vuitton backpack the whole time, he swings it around in front of him and starts rummaging in his bag and in his bag he has a glock pistol," said Doby.

You can see the gun in Labelle's hand in surveillance video from the Walgreens in Ann Arbor.

"At that point, he racks a round into the pistol, raises the pistol and fires one shot which hit Mike just below the sternum," said Michael Doby, Washtenaw County Assistant Prosecuting Attorney.

In the video, you can see the shocked victim walk into frame as his shirt fills with blood.

"Just the blood loss alone, two and a half liters of blood, it would have killed him," Doby said. "He had a softball size cavitation through his body."

Police arrive almost immediately. Bodycam footage from Ann Arbor Police Officer Eric Chinn shows he was one of the first officers to arrive on scene.

"The first officer from the scene Eric Chinn had some combat experience overseas," said Michael Doby. "And carried a chest seal which the detective said he's gotta be the only officer in this county that carries a chest seal."

"He’s rushed to U of M, he’s got emergency surgery at the trauma unit right away," said Doby.

Ridder survived and Labelle was arrested at the scene.

"But for Officer Chinn and the nurses and doctors at U of M, this would have been a murder," said Doby.

Police say Labelle shot Ridder with this 10 millimeter glock and inside his trunk, they found an M-K 18 and two magazines with more than 70 rounds of ammunition.

"Had he decided to use the other weapon he had in his possession, this could have been horrific in a downtown area, lot of people around," said Garcia.

Labelle posted bond and went to trial for the crime in November.

"He got a fair trial, he was found guilty – so he’s not there, we’re now late on Tuesday afternoon – the jury has been working on this for more than a week so we don’t need to keep them there until we find this guy," said Michael Doby, the Washtenaw County Assistant Prosecuting Attorney. "So we take the verdict, the bench warrants issued for him."

Labelle attended his trial but took off just as the verdict came down finding him guilty for assault with intent to murder and gun charges.

And that's when the U.S. Marshals began their hunt.

"Labelle has ties all over the United States – Hawaii, Arizona, he has a large network – we’re going to the viewers in the local Detroit area because he has a lot of friends, associates here, family members here - people know where he’s at," said Garcia.

Jacob Labelle is 5 feet 10 inches, 230 pounds and seen in photos with both long and short hair. He's now facing additional charges for absconding and for another assault while he was on bond.

As always, there's a cash reward for any information leading to the arrest of Jacob Labelle. You can call the U.S. Marshals anytime at (313) 234-5656.