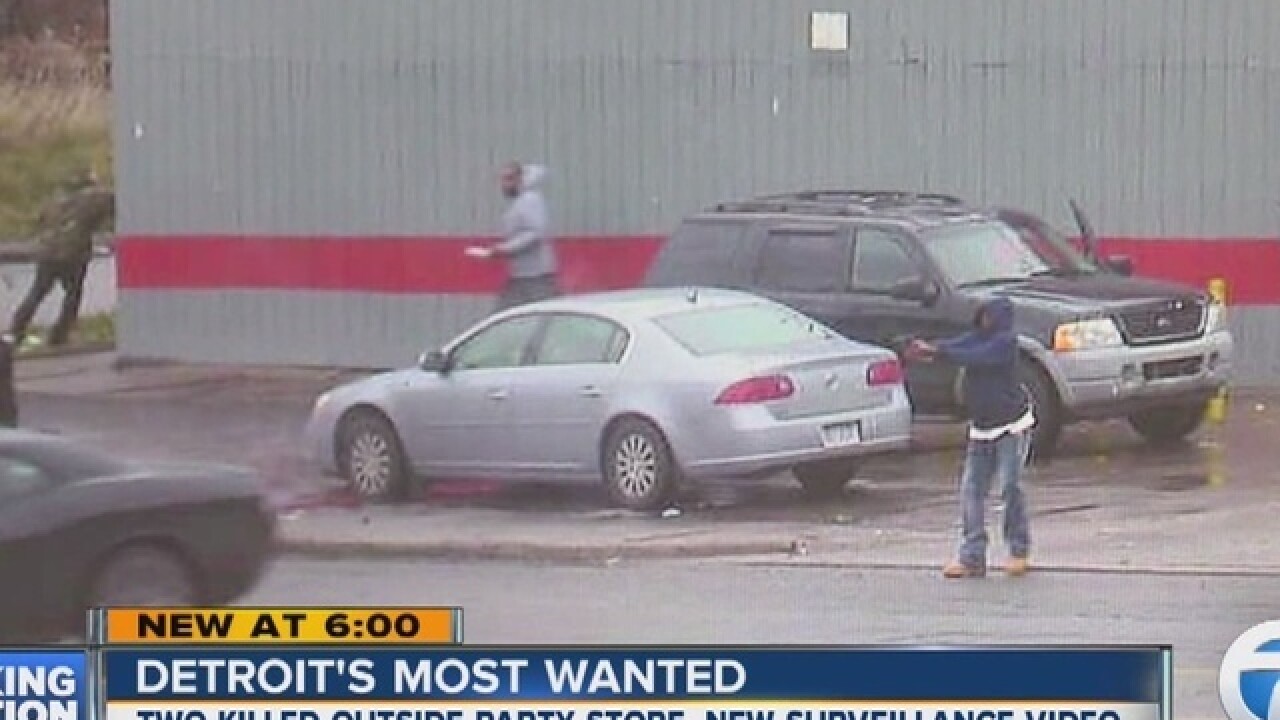 Two of Detroit’s Most Wanted are now in police custody.

Edwin Mills, 30, of Detroit and Carlo Wilson, 23, of Warren were wanted in connection with a fatal shooting that happened outside of a party store in December 2015.

We profiled DPD’s search for the men in a Detroit’s Most Wanted report in December.

Surveillance video showed two men firing more than 20 shots at a car in the store’s parking lot while a young brother and sister sat on the hood. Inside the car, 13-year-old Aaliya Thomas and 21-year-old Stevan Henderson were shot and killed.

The two kids on the hood fell underneath and were run over. They both sustained serious injuries.

Mills and Wilson, the pair suspected to have fired the shots, were arrested June 29 around 5:30 am after police received a large number of tips following our report.