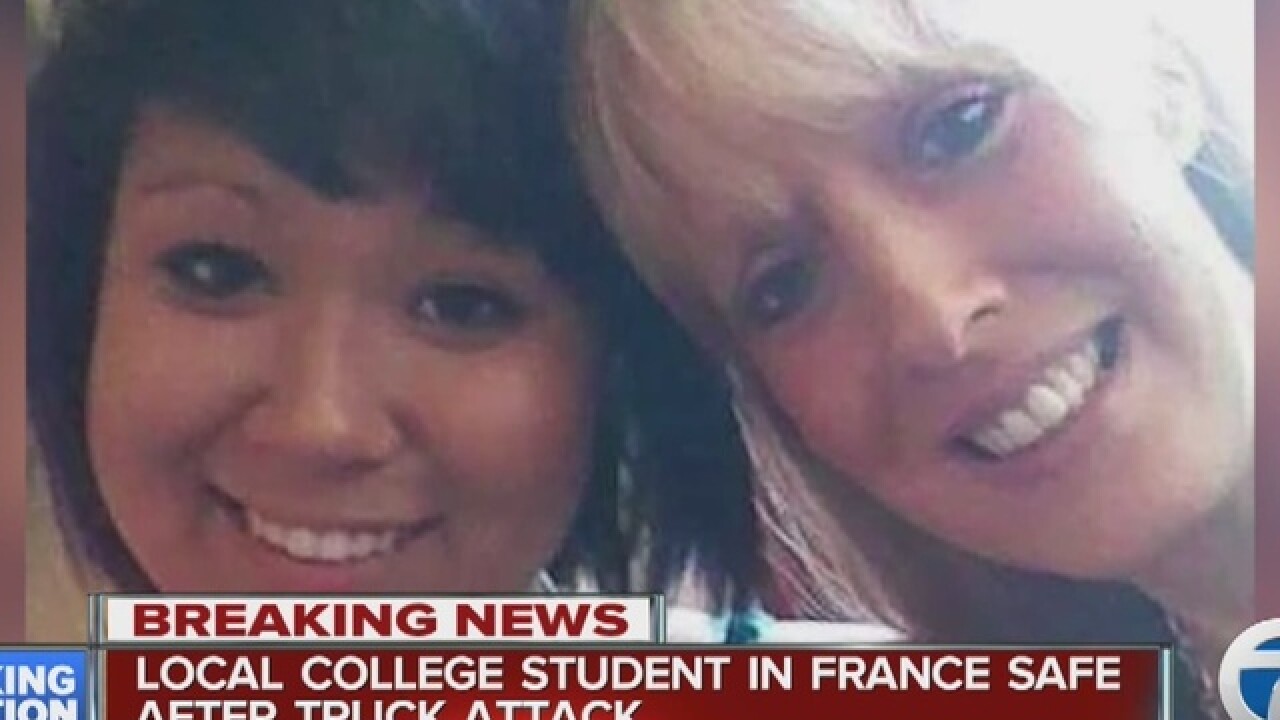 A Grand Valley State University senior studying abroad in Nice, France and her mother spoke to 7 Action News following a truck attack in Nice that left more than 80 people dead during a Bastille Day celebration.

Julie Kieronski from Southgate says her 23-year-old daughter, Jennifer Han, was watching fireworks down on the beach for Bastille Day late Thursday night.

After the fireworks, Kieronski started walking back to the host family's house, about 20 minutes away.

About 10 minutes into their walk, Han said she looked behind her and saw people running.

"We asked, 'what happened?'" said Han. "Someone said...a big truck. We started running as fast as we could, we didn't know what happened."

They sprinted to the home and turned on the TV--that's when they learned about the attack.

"I wanted to be there with her and hold her," Kieronski said. "My daughter is my whole world. I live for her, I breathe for her."

Kieronski said she had three missed calls from the app, WhatsApp, and messages from Han saying they were safe.

Han is recently engaged. She tells 7 Action News her boyfriend was originally planning to propose at the fireworks that night in France, but made the decision to do it earlier.

According to French President Francois Hollande, a truck drove on the sidewalk and plowed through a crowd.

Christian Estrosi, the president of the region of France that includes Nice, told BFM TV that "the driver fired on the crowd, according to the police who killed him."