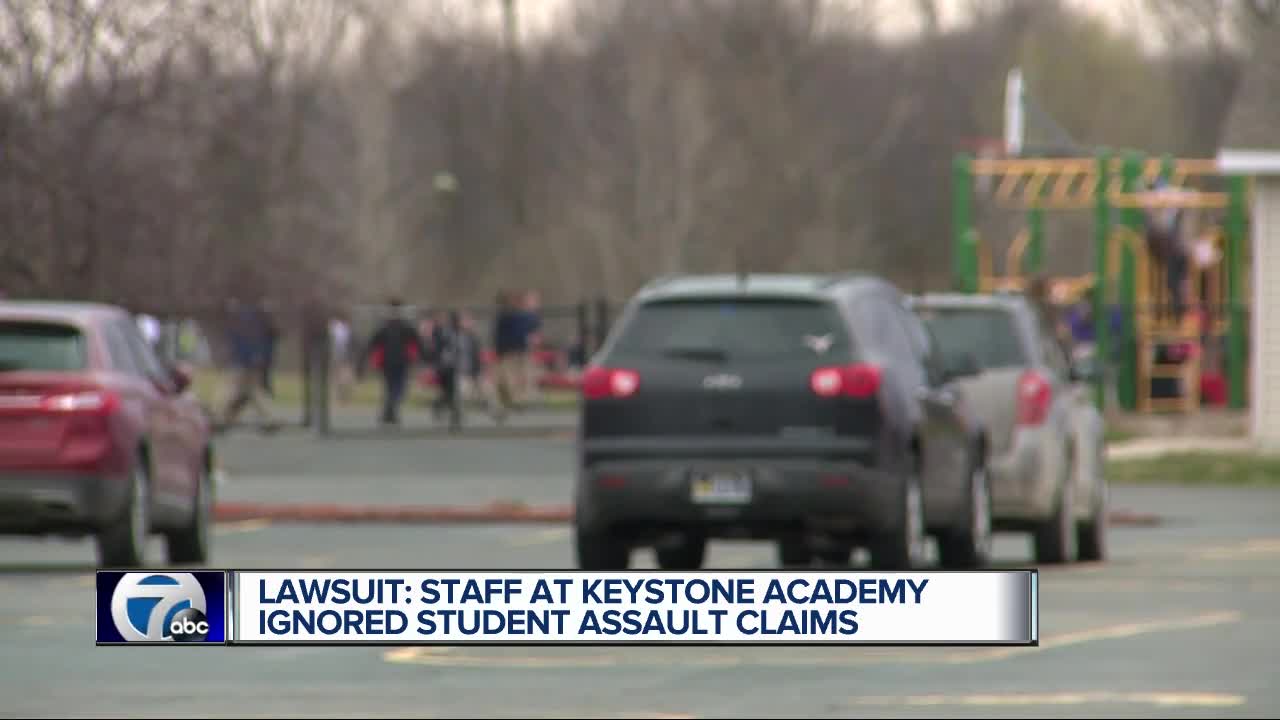 A Wayne County mother is suing her daughter's charter school because she claims administrators ignored repeated reports of sexual harassment and abuse.

According to the lawsuit, filed in federal court Wednesday, the woman's daughter was targeted by a fellow student at Keystone Academy in Belleville.

The victim is a fourth grader, and was 9 years old when the alleged harassment and abuse occurred in October 2018.

“He was trying to rub his penis through his pants on both her and her friend," said the mother's attorney, Nicholas Roumel with Nacht Law in Ann Arbor. "Putting his hand on her upper thigh, rubbing over he genital area. Speaking graphically about sex, how babies were made, smacking her butt,"

The alleged abuser is a fellow fourth grade student; a boy who shared a homeroom with the victim.

Keystone Academy is managed by American Heritage Academies, a charter school network based in Grand Rapids.

“They put the boy in an in school suspension for half a day where he was allowed to play and eat snacks," Roumel said.

“They didn’t anything else to investigate. They didn’t do anything to keep the boy away from her.”

The mother repeatedly emailed the school and district administrators, begging for action. According to the lawsuit, her concerns were large brushed aside and she was told by administrators that the situation was under control.

Roumel said the mother, a long-term substitute at the school, was retaliated against.

“They stopped cooperating with her to renew her certification so that she could continue substitute teaching.”

Following the alleged harassment, the mother removed her daughter from the school; she's currently home-schooling her.

“While we do not comment on pending litigation, we take all claims of harassment seriously. The safety of our students and staff is always one of our highest priorities. We work to foster school environments where everyone is treated with dignity and respect.”

The mother, who declined to go on camera, wants a jury trial and at least $75,000 in damages.