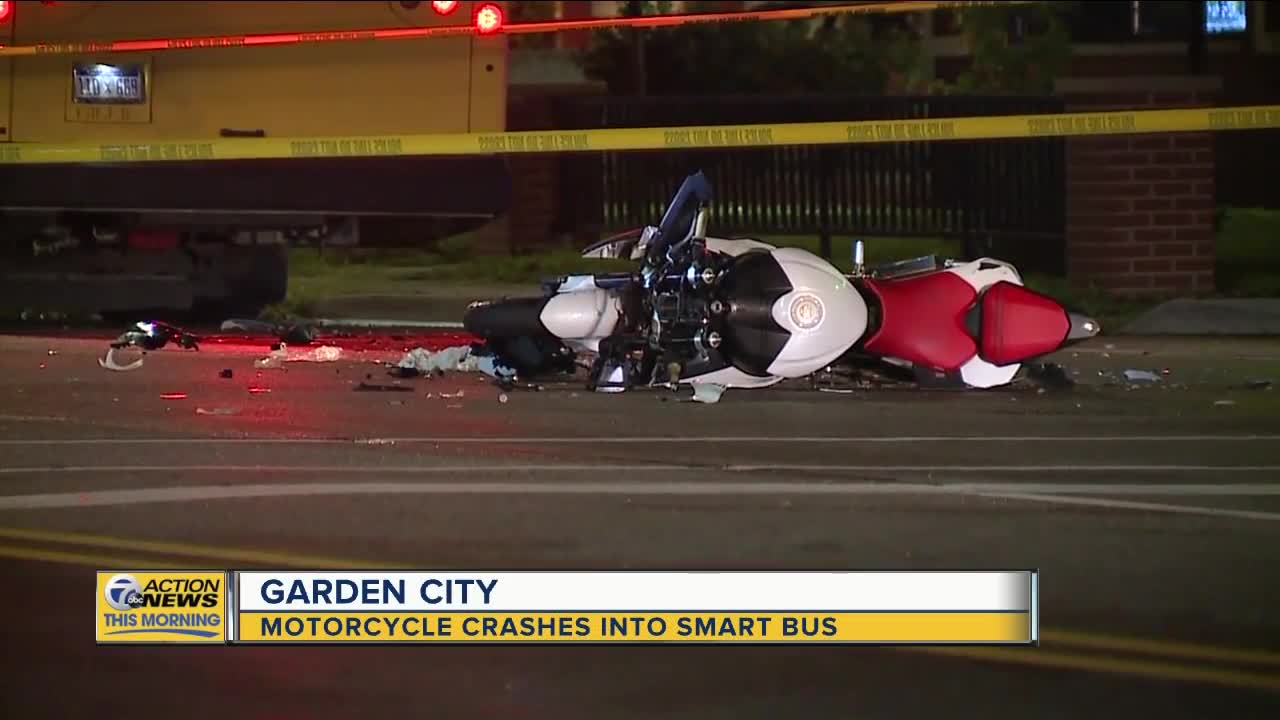 GARDEN CITY, Mich. (WXYZ) — A motorcycle crash is under investigation after it collided into a SMART bus in Garden City last night at the intersection of Ford and Henry Ruff roads.

An employee at a nearby gas station witnessed the crash. He told 7 Action News the motorcycle was speeding down Henry Ruff with a police cruiser following behind.

The motorcycle then crashed into the bus minutes later.

We reached out to police for information on the biker's condition -- and to see whether officers were pursuing that motorcycle. We have not yet heard back.