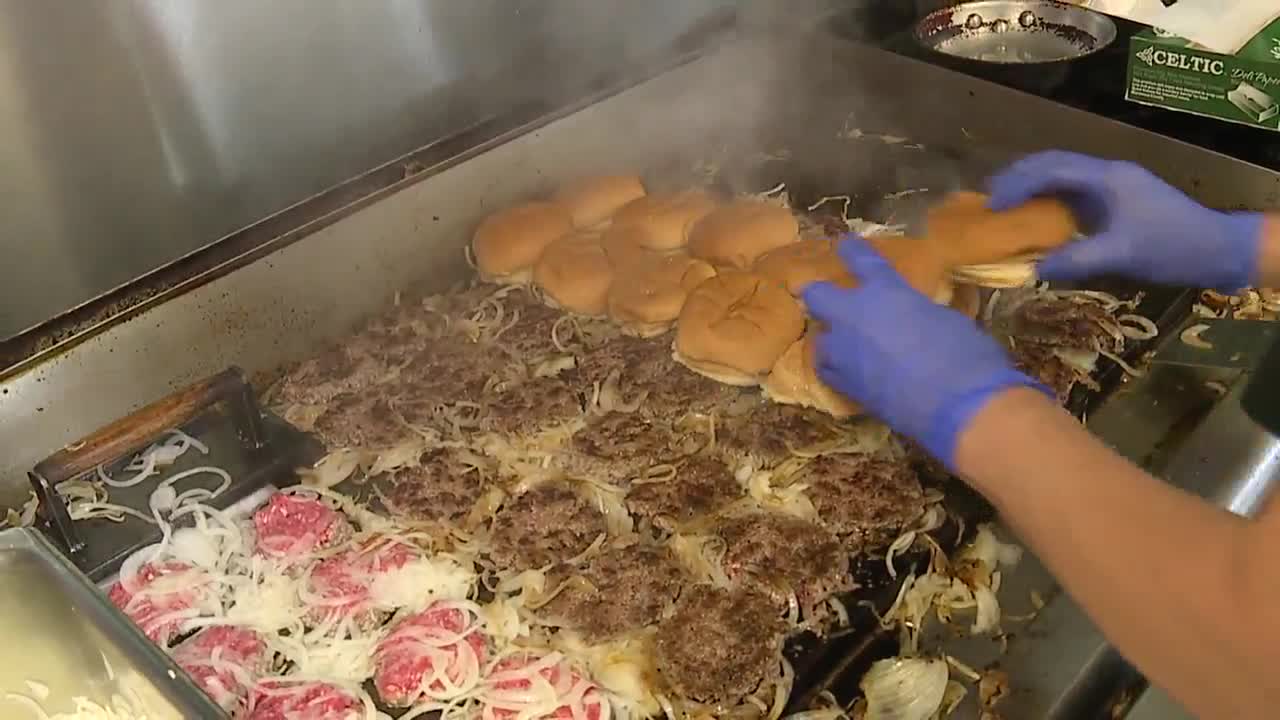 Located in the shadow of the Detroit Produce Terminal, Motz's Burger is a southwest Detroit staple.

DETROIT (WXYZ) — Located in the shadow of the Detroit Produce Terminal, MOTZ'S's Burger is a southwest Detroit staple.

In fact, sliders and burgers have been sold out of the building on Fort St. since 1929. Since 1996, it's been run by Tony Milo and family. Over the years, Tony has worked hard to preserve the Motz flavor.

That flavor is due in part to a lot of onions, nearly 50 pounds and a bag a day, a well-seasoned grill, and the magic spatula of Tammy the Cook.

Tammy has been behind the counter at MOTZ'S's for over 30 years, and can have up to 80 burgers on the grill.

Check out Photojournalist John Ciolino's story in the video above.