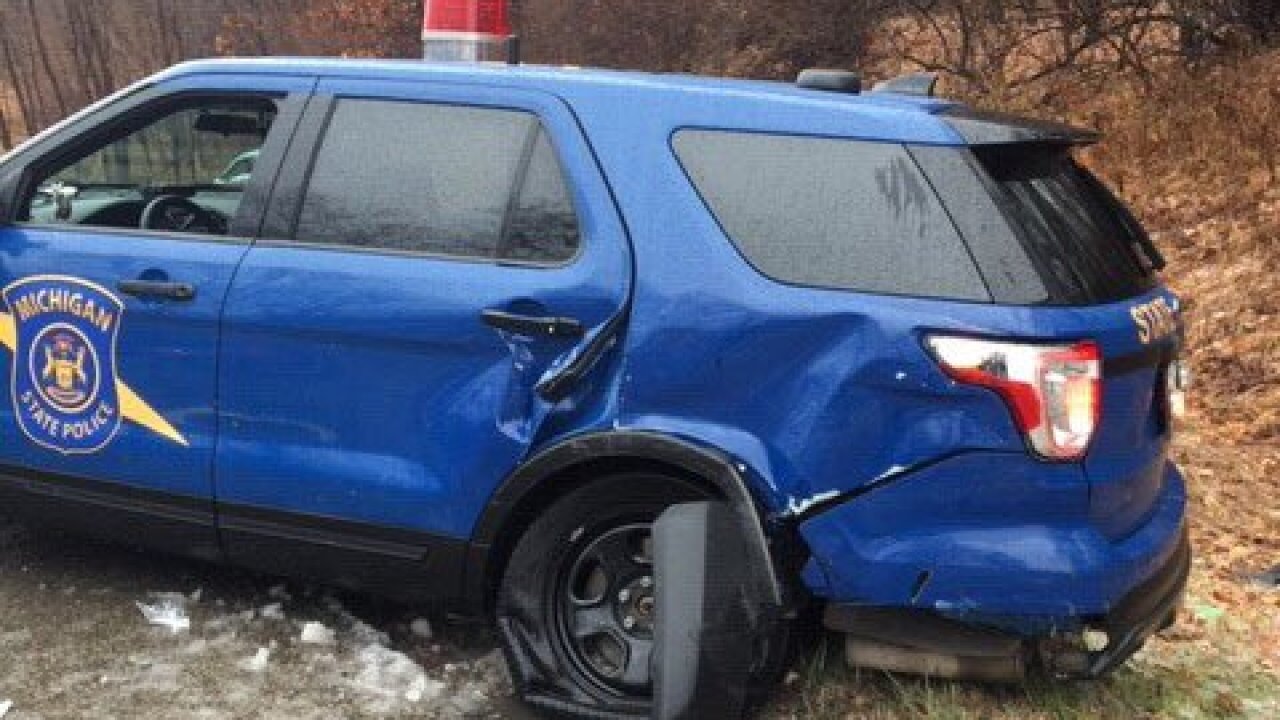 SPRINGFIELD TOWNSHIP, Mich. (WXYZ) — On the first day of legal recreational marijuana sales in the state of Michigan, a 51-year-old man was arrested after allegedly being under the influence while driving and rear ending a Michigan State Police vehicle.

The crash happened around 9 a.m. Sunday on I-75 south of Davisburg in Springfield Township. The driver, a 51-year-old man, was driving a black truck in the left lane when he lost control due to high speeds and slick roads. The truck, according to MSP, spun almost 180 degrees and struck the driver's side of the MSP vehicle.

The man, who was not injured in the crash, was arrested. He was also subject to a blood draw.