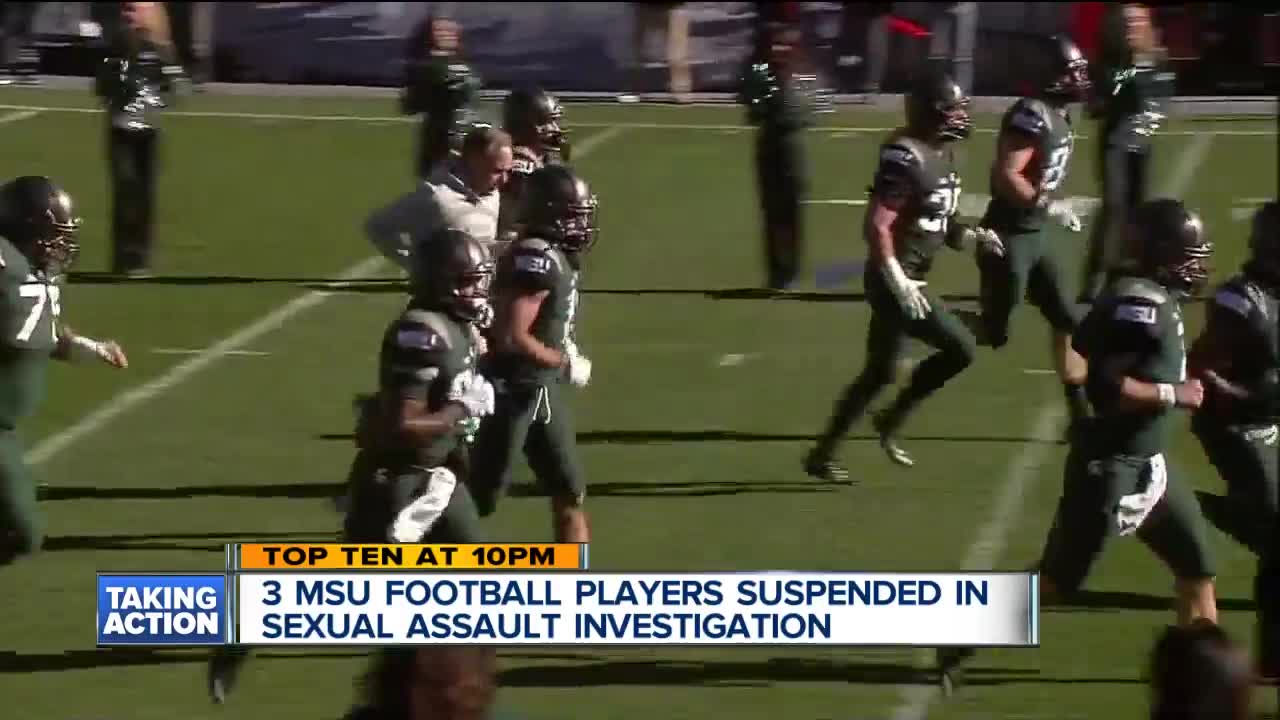 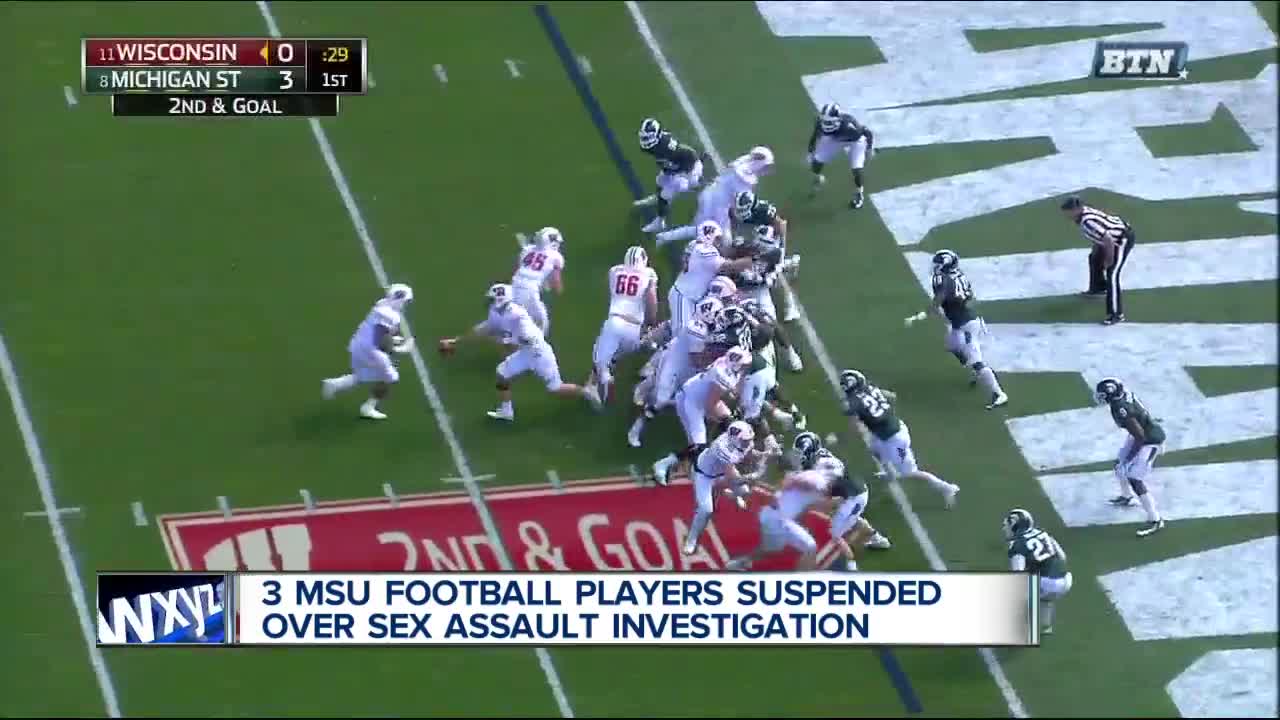 The University says three players and one staff member have been suspended during the investigation.

Students who talked with 7 Action News said they're glad the players have been suspended.

"I'm happy to see that they're treating them like every other student and not giving special treatment to athletes," said Natalie Spratt, a junior at MSU.

"I think it's pretty good they got suspended," said Zara Sheikh, a freshman at MSU.

Students told 7 Action News they are concerned that athletes can potentially get a pass in criminal investigations because of their status.

"It's kind of ridiculous that they can get off the hook just because they're a football star, they're a five star recruit, they have special privileges, if I did that, I'd be going to jail," said sophomore, Michael Manna.

Michigan State University Police is investigating allegations of sexual assault against three MSU student-athletes. The police department has been in communication with the Ingham County Prosecutor’s Office, and upon concluding the investigations will forward its reports for review for possible criminal charges.

The university also is conducting a Title IX investigation of the sexual assault allegations. Title IX consultant Rebecca Veidlinger has been retained to conduct this investigation, which will address whether MSU’s Relationship Violence and Sexual Misconduct policy was violated. She will report her findings to the Office of Institutional Equity.

The three student-athletes under investigation have been suspended from team activities and removed from on-campus housing pending the conclusion of the police and Title IX investigations.

As part of the criminal investigation, detectives are interviewing members of the coaching staff and other relevant individuals regarding their response since the complaint was made in late January.

Separate from the criminal and Title IX investigations, the university administration is retaining an external law firm to conduct a thorough and independent investigation into football program staff members’ compliance with university policy in connection with the allegations.

MSU will take prompt action, if appropriate, in response to any policy violations or other substantive matters as a result of the investigation. One staff member associated with the football program has been suspended by the Athletics Department pending the completion of that investigation.

Michigan State University has made significant strides in making its Title IX program align with the best practices developed throughout the nation. Sexual violence is abhorrent, and no member of our community should be threatened in this way. MSU has been proactive in education and prevention efforts and is strongly committed to fostering an environment that encourages sexual assault reporting and supports victims.

The core values of MSU Athletics are clear, consistently communicated and non-negotiable. Among them are respect for self and others, accountability for actions and choices, and integrity. Sexual assault is unacceptable, and members of MSU Athletics who fail to uphold our standards for creating a culture that is safe, supportive, and responsive to those affected by it will be held accountable. My expectation of all members of the department is full and complete cooperation with all investigations.

We have a strong athletics program at MSU, one based on values, traditions, and an understanding that as Spartans we are part of something bigger. Our promise to current and future student-athletes and to the entire Spartan community is to take the steps necessary, based on the facts determined through thorough review, to run this program according to the highest values and standards.