Multiple arrests, citations given during Torch Lake party on Fourth of July weekend 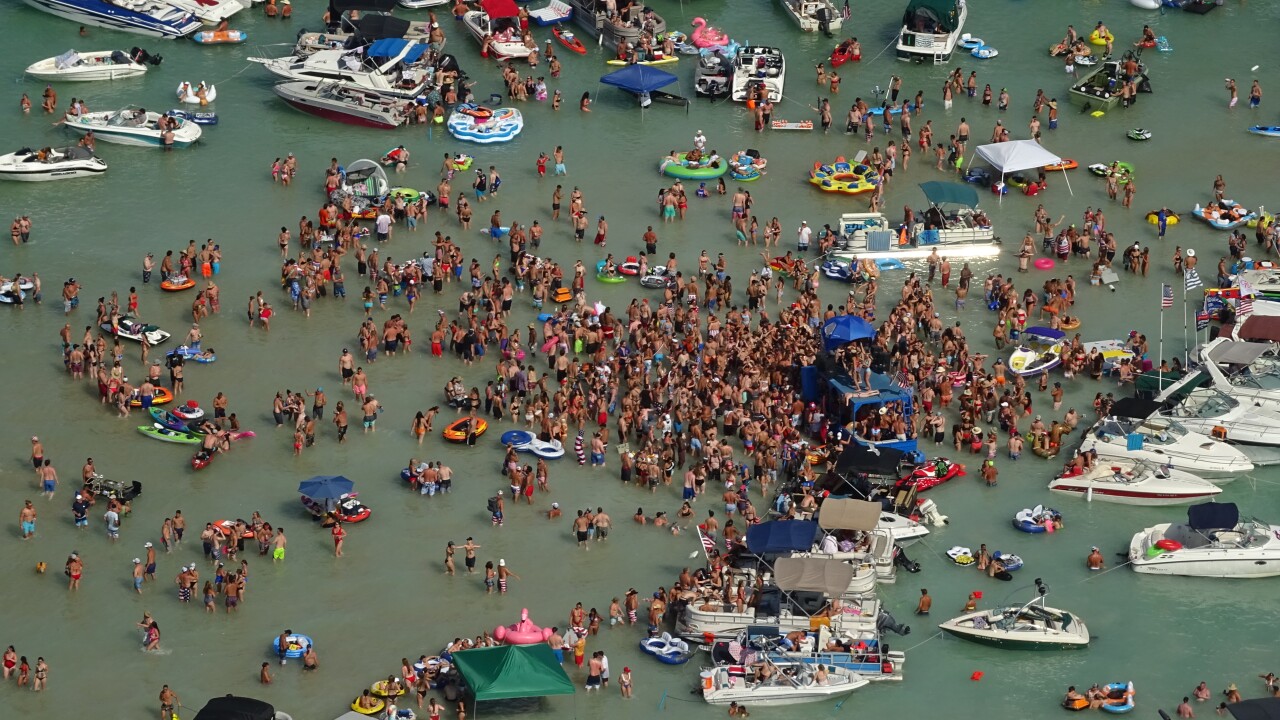 (WXYZ) — Several warnings and citations were issued during the Torch Fest on Fourth of July weekend on Torch Lake.

Sheriff Daniel Bean of Antrim County says there was a 26 percent increase in call volume compared to the previous ten years during the holiday.

There were three Drunk and Disorderly arrests and three Operating While Intoxicated arrests.

Michigan State Police say one person was arrested for resisting and obstructing police, which led to a deputy being injured.

The Antrim County Sheriff’s Office Marine Patrol made 579 contacts; they issued 100 warnings, four citations for operating without a Boaters Safety Certificate, four citations for not having an observer while towing, two Minor in Possession charges, one Hazardous Vessel Operation and two Fail to Display motor craft registration numbers or stickers.

The MSP Houghton Lake Post investigated one larceny complaint, one No Insurance incident, one Domestic Assault complaint, one Transport Open Intoxicants, one No Operator’s License, two Drunk and Disorderly arrests, one Operating While Intoxicated arrest, and one Malicious Destruction of Property complaint.

One person was also cited for littering.