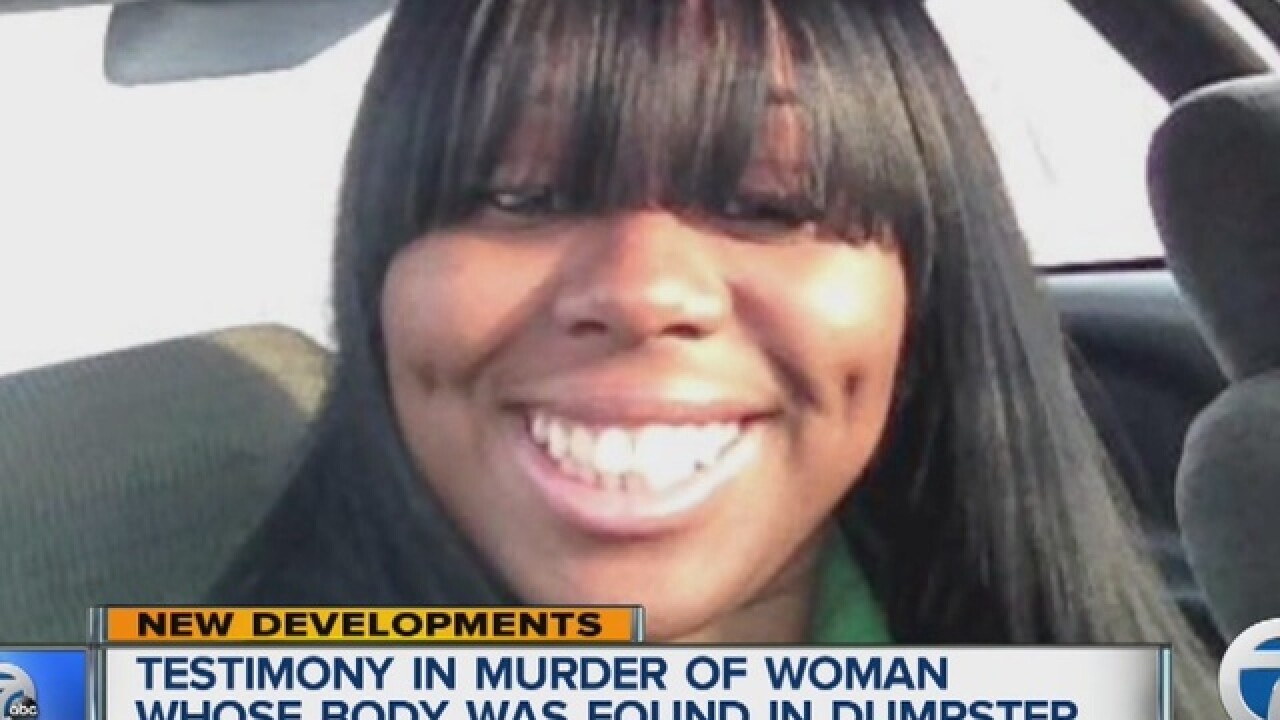 Testimony has ended in the Kajavia Globe murder trial. Globe's former boyfriend, Maxwell Brack, is accused in her murder.

Brack took the stand on Monday. His testimony got very personal as he testified about his romantic relationship with Globe, saying they met in high school.

Brack also testified about being involved in a prior shooting.

The 24-year-old Globe disappeared in December 2015. Her body was found two days later in a dumpster.

Previously in the trial, a doctor at the Wayne County Medical Examiner’s office testified that, while Globe’s manner of death was inconclusive, her death was ruled a homicide.

Globe’s supervisor at work testified that Globe had recently been promoted and the last time she saw her, Globe was celebrating with co-workers.

According to investigators, after Globe’s death Brack was seen on surveillance video wearing a mask, withdrawing money from Globe’s bank account.