NAACP Detroit executive director: Here's how to educate yourself on racism in America 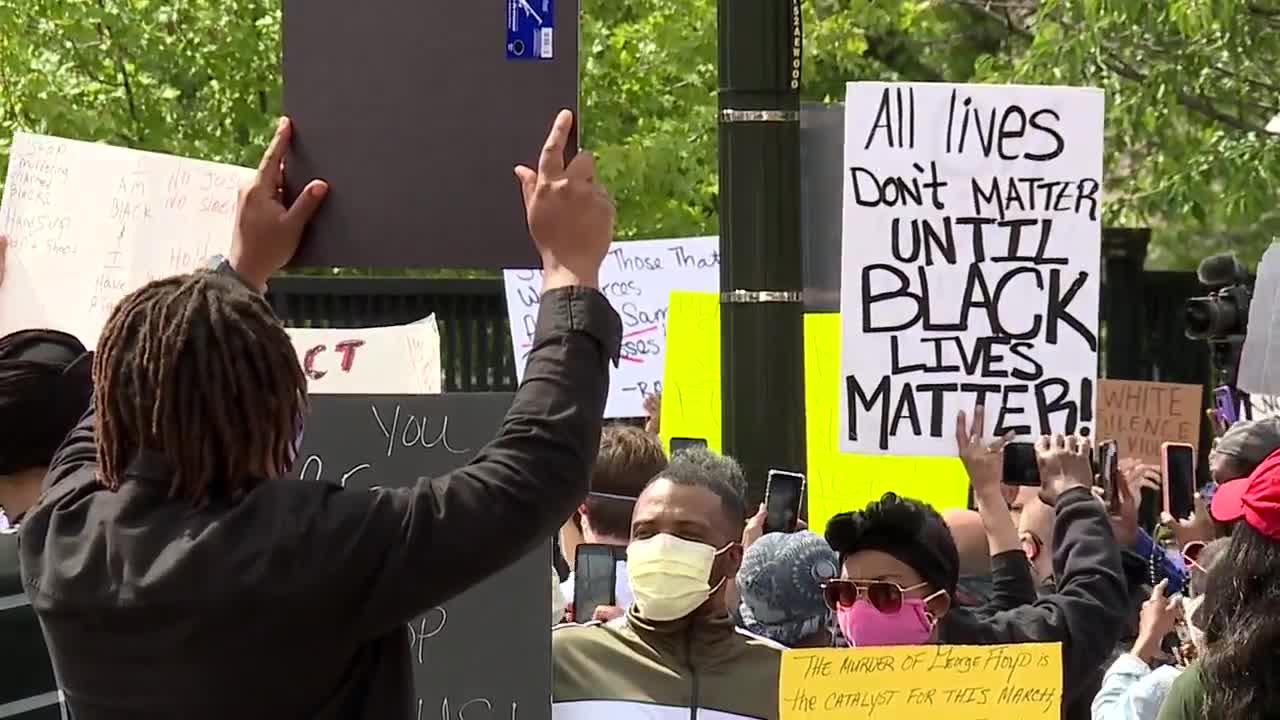 We're talking with experts about how to educate yourself about racism in America.

DETROIT (WXYZ) — A movement that has taken over social media is encouraging people to be silent and listen.

To amplify Black voices and devote time to expanding your personal knowledge of race in America. For many of us, the first step may be acknowledging the difficult truth that our race impacts the way society responds to us, which impacts the way we experience the world, and those experiences are very different.

HAVE AN OPEN MIND

Race is often not considered a socially accepted topic of conversation.

“That’s one of the reasons there’s so much misconception across our nation about African Americans,” says Kamilia Landrum with the NAACP in Detroit.

Seeking to understand more deeply experiences other than our own is vital to putting an end to racial injustices in our society.

Set aside what you think you know. Acknowledge that there is a lot you don’t know. Open your mind and open your heart.

How then can we begin to understand the experience of being Black in America?

“A lot of times, it's because we are filling the void of a government where we have not felt protected,” Landrum says.

The NAACP, for example, was formed, in part, in response to lynchings in the South. Research why these organizations were formed and how it has shaped what they currently do. Follow these organizations on social media to stay informed on current issues.

Landrum also suggests starting a short story club or book club with a group of your family or friends.

Current books like “White Fragility: Why It’s So Hard for White People to Talk About Racism” discusses the root of challenging topics.

“It helps to break down a layer for you to internalize what your cultural experience is. Why is my community all white? Why are there no African Americans that live on my block, why didn’t I go to school with any African Americans or with anyone with any other culture? Why is my world so white when the world is so diverse? It breaks down some of those layers so you can understand the systematic racism that has existed to keep our organizations, to keep our people to keep us separated, “ Landrum says.

How to Be an Antiracist by Ibram X. Kendi
Just Mercy: A Story of Justice and Redemption by Bryan Stevenson (There is a movie based on this book)
So You Want to Talk About Race by Ijeoma Oluo
Between the World and Me by Ta-Nehisi Coates
Biased: Uncovering the Hidden Prejudice That Shapes What We See, Think, and Do by Jennifer L. Eberhardt
Raising White Kids: Bringing Up Children in a Racially Unjust America by Jennifer Harvey
Racism Without Racists by Eduardo Bonilla-Silva
The Fire Next Time by James Baldwin
The Fire This Time: A New Generation Speaks About Race, edited by Jesmyn Ward
This Bridge Called My Back: Writings by Radical Women of Color, edited by Cherríe Moraga and Gloria Anzaldúa

If books aren't your thing - there are also many films and mini-series like “When They See Us” on Netflix that can give you a glimpse into systematic racism. This particular series now has a free discussion guide you can download to go with it here: https://www.array101.org

NPR’s The Code Switch
The Nod
The Stoop
Identity Politics
All My Relations
Still Processing
Yo, Is This Racist?

HOW TO TALK ABOUT RACE

Admittedly, talking about race is uncomfortable, at best.

“We are fearful when we have to have these conversations with our family. But we have to push through that fear. We don’t have the privilege of walking away from it because we’re trying to save our child’s life. We need our White allies to have conversations with your own family. That’s where we need you to start.”

Call out racism wherever you see it.

Though insecurities or fears can get in the way of speaking up, Landrum points out that African Americans can’t avoid racism even when they are scared.

“You can’t say, 'I don’t know how to do it so I’m just going to back away and start ignoring it,' that in itself is white privilege,” Landrum says.

Purposefully seek out opportunities to interact and build relationships outside of your current circle of friends. Whether it’s joining a recreational activity in a more diverse neighborhood, attending events at a diverse church or volunteering. Building friendships with people who have different life experiences.

She says she is confident we can lead the way in this, too.

These links include resources to talk to kids about race and include podcasts, more books and movies .