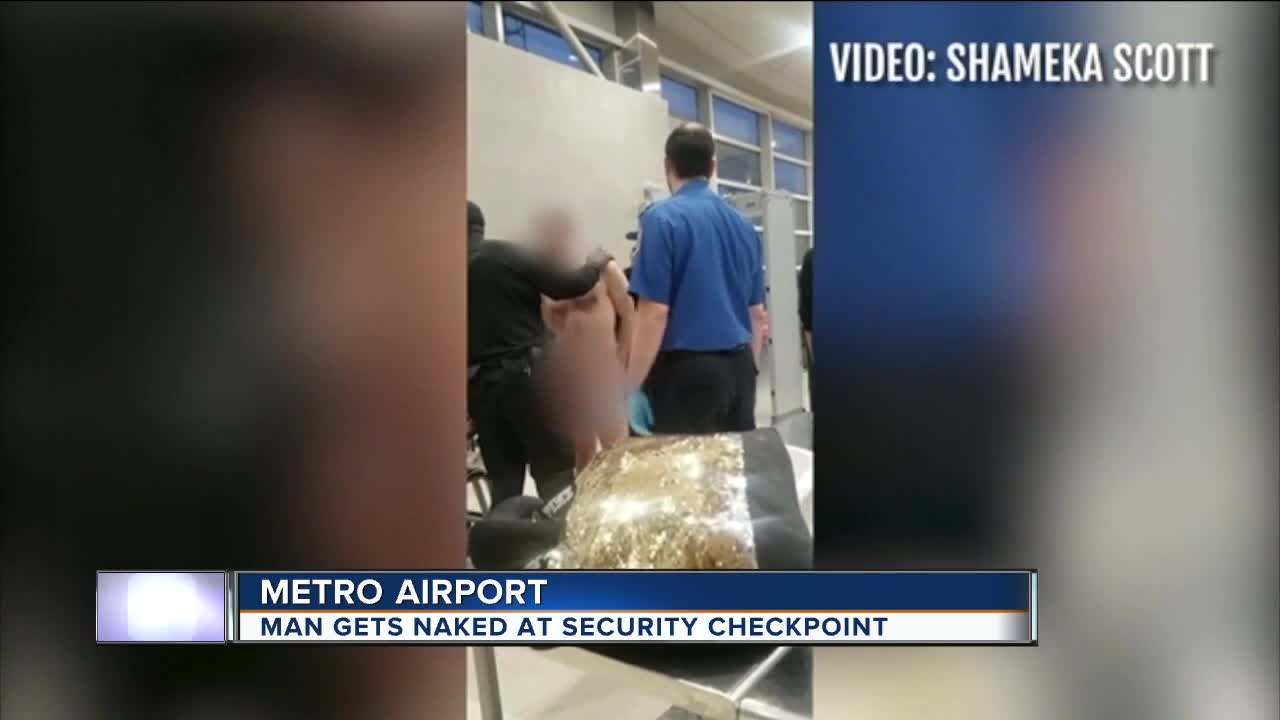 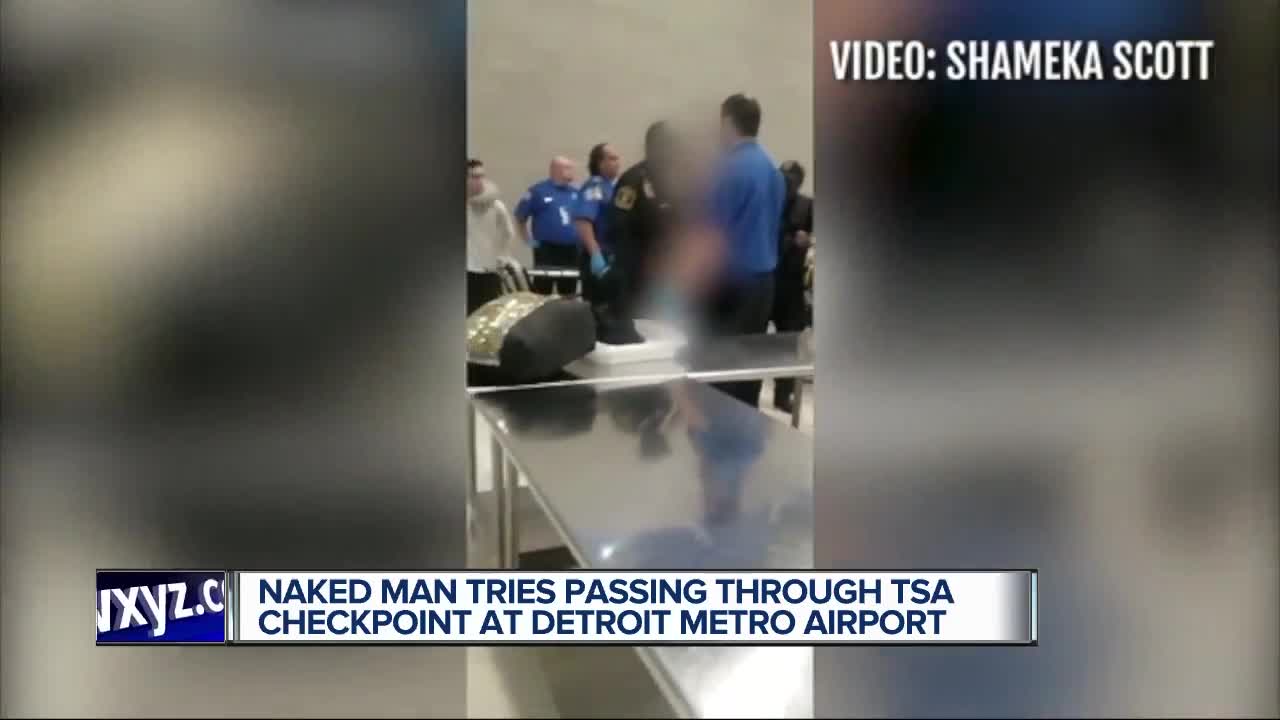 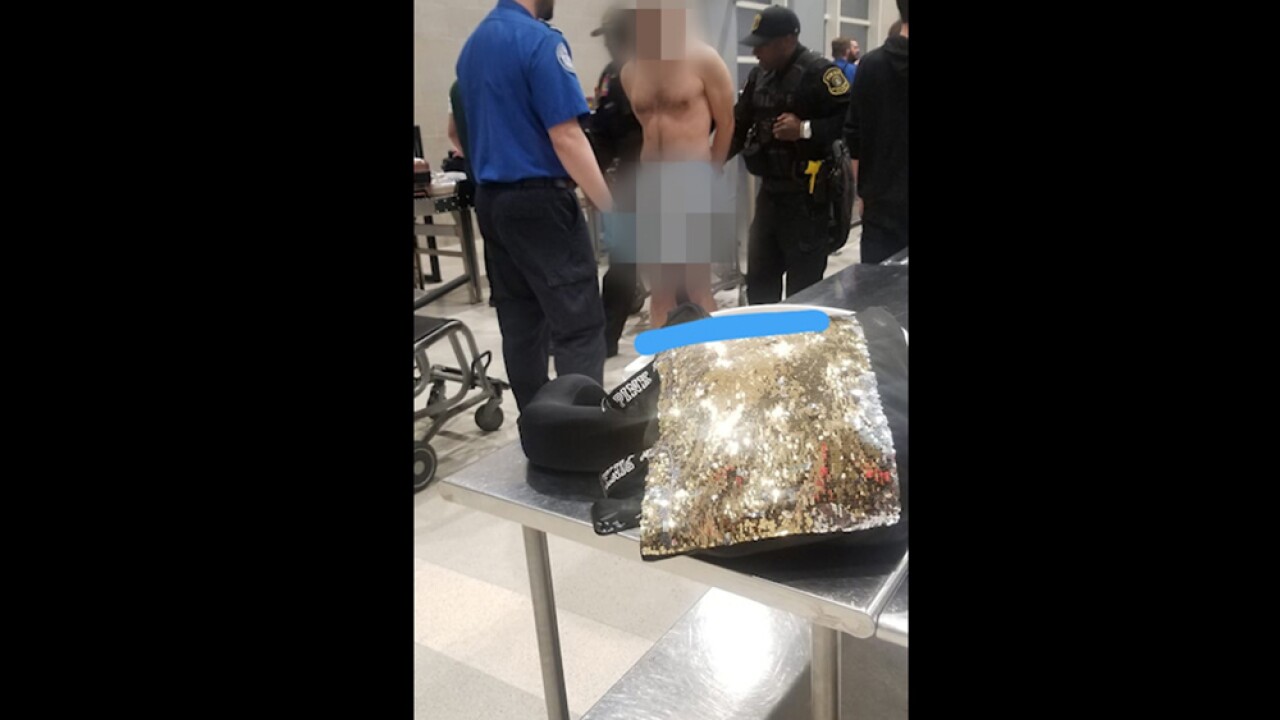 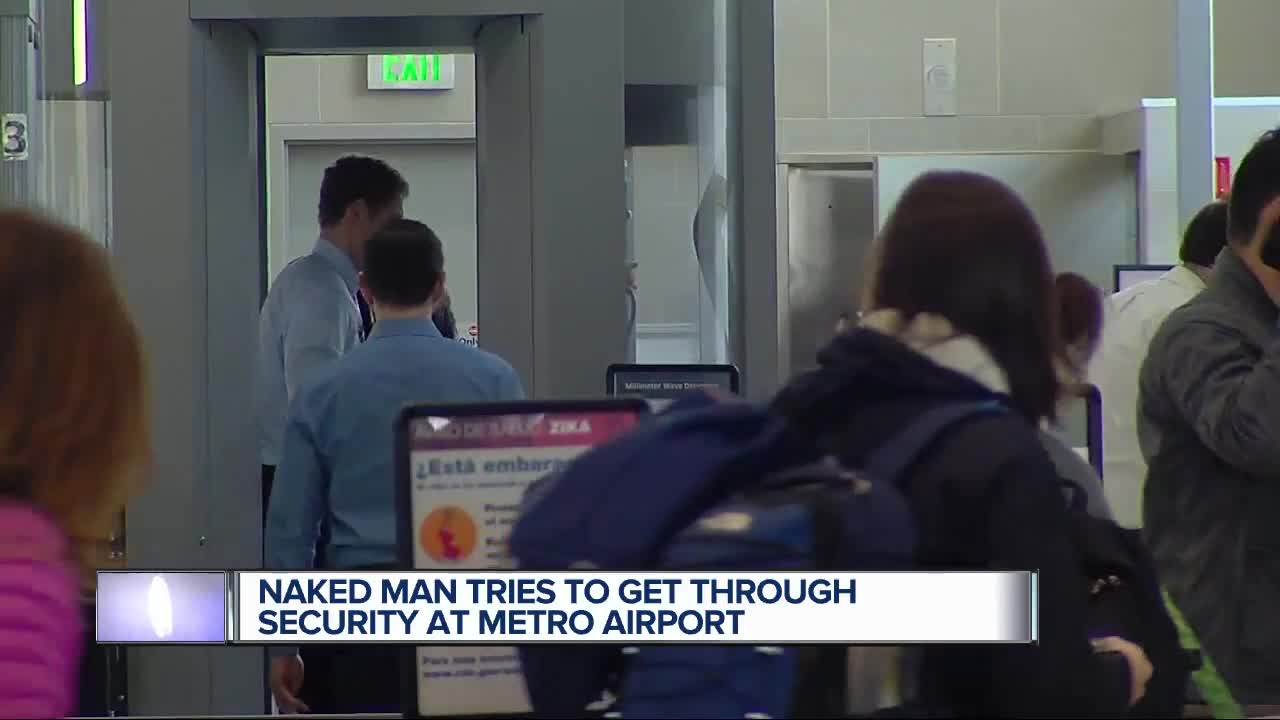 According to an airport spokesperson, the incident happened at 6:30 a.m.

Way to start the day. Naked guy tries to dash through security at the Detroit airport.

The man walked up to a checkpoint at the McNamara Terminal and removed his clothing. He then disconnected a stanchion, or barrier, at the checkpoint, and approached a metal detector.

The TSA officers didn't allow the man through the detector.

Shameka Scott was traveling to Atlanta when she heard commotion and turned to see the naked man running past security.

Scott says the man veered around the detector and made it to where TSA agents screen the bags after people walk through the detectors.

"I’m just shocked he got that far through TSA," she said. "I’m just grateful he did ‘t have a bomb or anything like that. I could have been seriously hurt."

The Wayne County Airport Authority's police and fire departments responded to the scene and determined that the man did not pose a threat.

Scott said TSA agents attempted to cover him with garbage bags and the man was very nonchalant and compliant.

The man was then transported to a local hospital.