NASA is taking applications to be an astronaut; here's how to apply 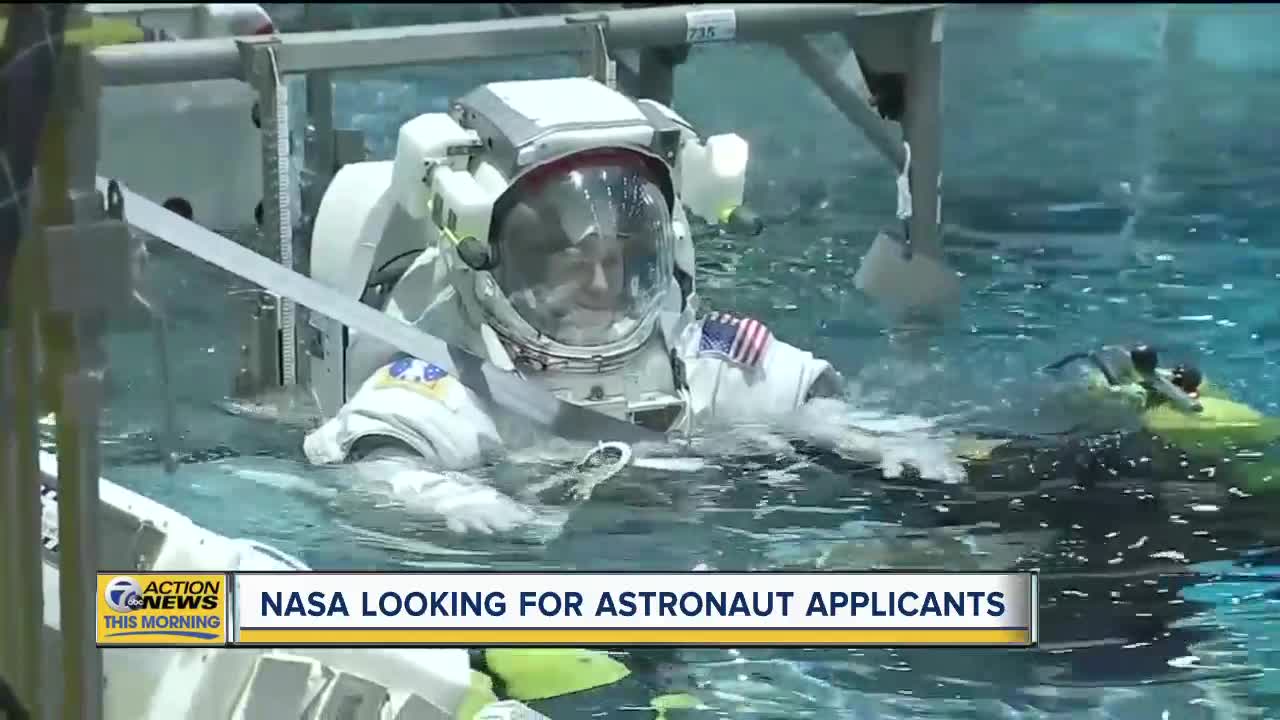 NASA announced it is beginning to accept applications next week for the next generation of Artemis Generation astronauts.

(WXYZ) — NASA announced it is beginning to accept applications next week for the next generation of Artemis Generation astronauts.

Since the 1960s, NASA has selected 350 people to train as astronaut candidates for the increasingly challenging missions to explore space. Currently, there are 48 astronauts in the active astronaut corps and more will be needed to crew spacecraft bound for multiple destinations.

“We’re celebrating our 20th year of continuous presence aboard the International Space Station in low-Earth orbit this year, and we’re on the verge of sending the first woman and next man to the Moon by 2024,” NASA Administrator Jim Bridenstine said in a release. “For the handful of highly talented women and men we will hire to join our diverse astronaut corps, it’s an incredible time in human spaceflight to be an astronaut. We’re asking all eligible Americans if they have what it to takes to apply beginning March 2.”

The basic requirements to apply include U.S. citizenship and a master's degree in a STEM field – including engineering, biological science, physical science, computer science, or mathematics, from an accredited institution. The requirement for the master’s degree can also be met by:

Candidates also must have at least two years of related, progressively responsible professional experience or at least 1,000 hours of pilot-in-command time in a jet aircraft. Astronaut candidates must pass the NASA long-duration spaceflight physical.

Americans may apply to #BeAnAstronaut at www.usajobs.gov. The application period is open March 2-31.

After completing training, the new astronauts could launch on American rockets and spacecraft developed for NASA’s Commercial Crew Program to live and work aboard the International Space Station.

NASA expects to select the new class of astronaut candidates in mid-2021 to begin training as the next class of Artemis Generation astronauts.