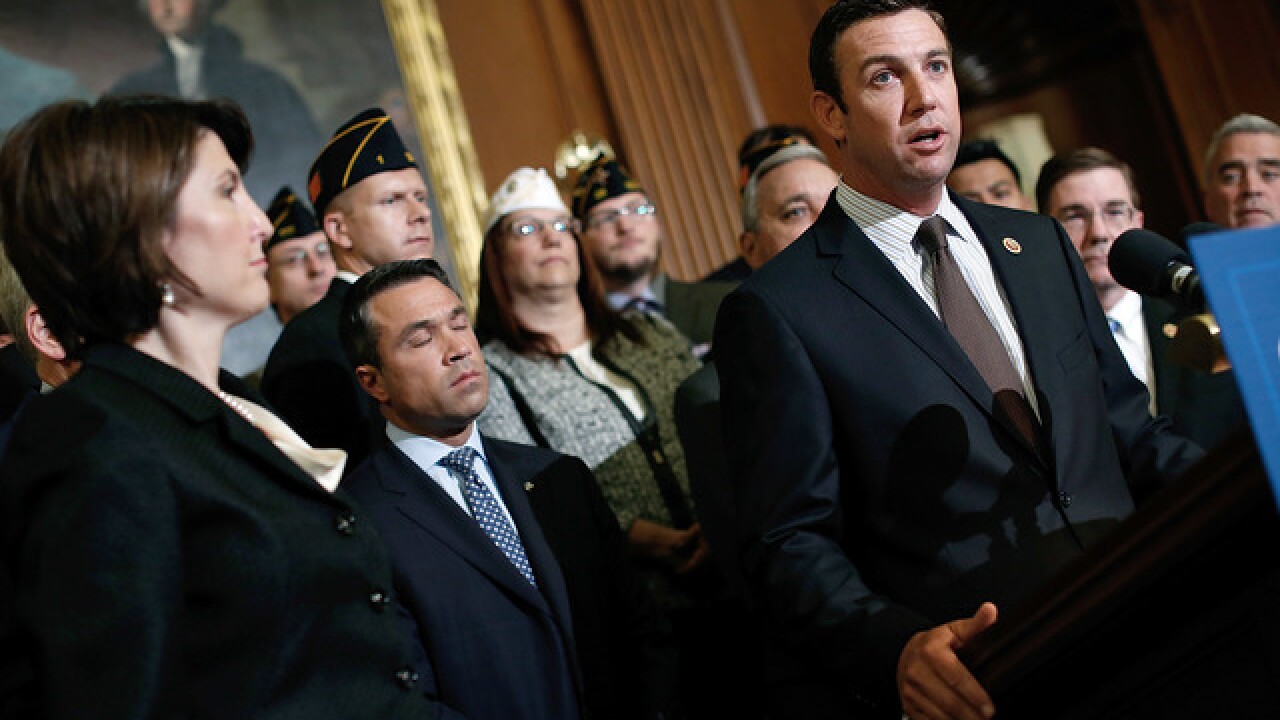 Copyright Getty Images
Win McNamee
<p>WASHINGTON, DC - MAY 29: Rep. Duncan Hunter (R-CA) speaks during a news conference held by House Republicans on "Protecting America's Veterans" at the U.S. Capitol May 29, 2014 in Washington, DC. Rep. Jeff Miller (R-FL), Chairman of the House Veterans Affairs Committee, and other leading Republicans have called for Secretary of Veterans Affairs Eric Shinseki to step down in the wake of an unfolding scandal relating to treatment of U.S. Veterans detailed in a recent investigative report. (Photo by Win McNamee/Getty Images)</p>

SAN DIEGO  – The affidavit accusing San Diego County Congressman Duncan Hunter and his wife, Margaret, of prohibited use of campaign contributions provides shocking details about how the couple allegedly spent the money and covered it up.

The grand jury's indictment accused Hunter and his wife of misusing campaign funds on everything from vacations to tequila shots at a restaurant.

The affidavit says the Hunters made purchases with campaign funds including more than $14,000 for a family trip to Italy, more than $11,300 for purchases at Costco, and more than $15,000 for airline tickets and hotel rooms for their family and friends.

Numerous alleged charges also cover amounts in the hundreds at grocery and retail stores and restaurants, including one charge in 2015 at Disneyland totaling $229.44 for Minnie Mouse Ear headbands and apparel, and another in 2016 for "30 tequila shots and one steak" totaling $462.46 at a restaurant.

"The Hunters illegally converted and stole more than $250,000 in campaign funds to purchase goods and services for their personal use and enjoyment," the affidavit reads. "The Hunters disregarded rules implement by the Treasurer to track legitimate expenses ... and, when pressed by the Treasurer to comply, dismissed the rules as 'silly.'"

Hunter has repeatedly denied any wrongdoing or campaign fund misuse. Tuesday, he categorized the indictment as a "politically motivated" attack.

"We’re excited about going to trial with this, frankly," Hunter said of the indictment. "This is modern politics and modern media mixed in with law enforcement that has a political agenda. That’s the new Department of Justice."

The affidavit says the Hunters overdrew their bank account more than 1,100 times, resulting in bank overdraft fees of about $37,761.

As the U.S. Representative for District 50, Hunter has an annual salary of $174,000, according to ballotpedia.org.