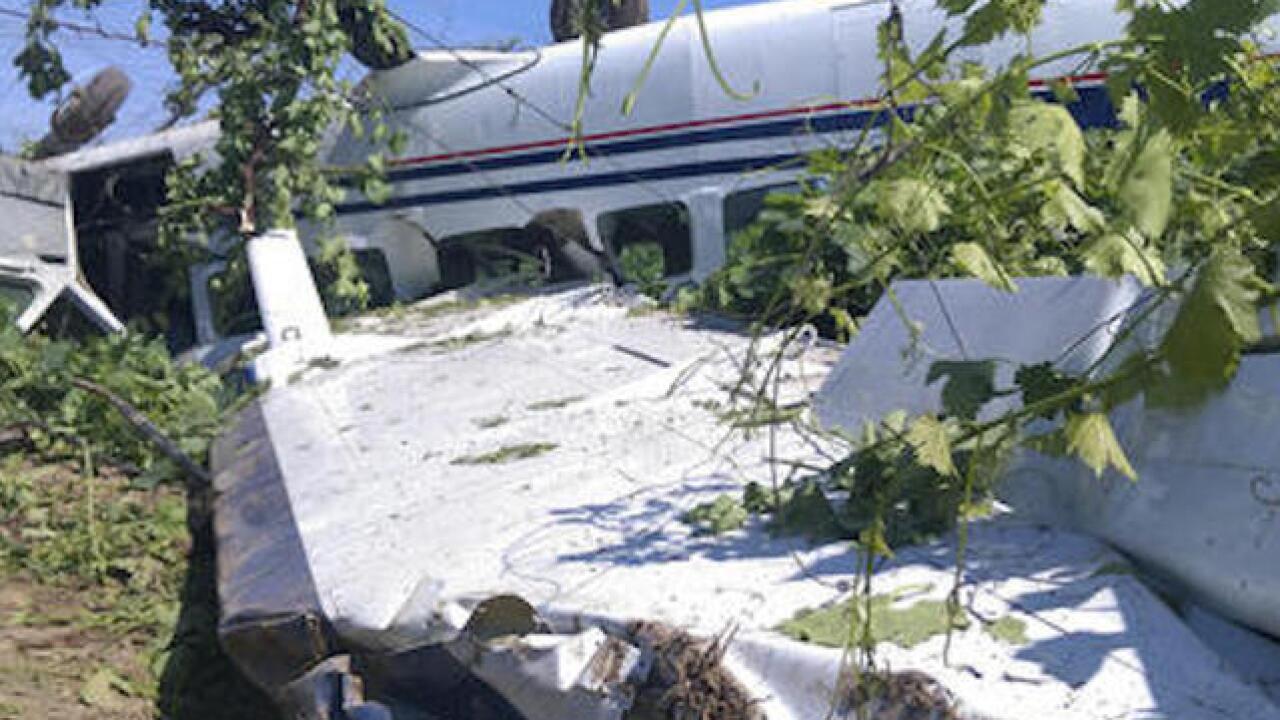 Copyright Associated Press
Jason Anderson
<p>A single-engine Cessna Caravan from the Lodi Parachute Center sits flipped over after an emergency landing in a vineyard near a home in rural San Joaquin County near Lodi, Calif., on Thursday, May 12, 2016. Authorities say a small plane taking 17 passengers skydiving in Northern California made a hard landing and ended upside-down in a vineyard, leaving only the pilot with minor injuries. (Jason Anderson/The Record via AP) MANDATORY CREDIT</p>

FRESNO, Calif. (AP) — A small plane carrying 17 skydivers clipped a pickup then landed upside-down in a vineyard, officials said Thursday, but the worst injuries were minor cuts and scrapes.

The single-engine plane experienced trouble shortly after taking off from the Parachute Center skydiving school north of Lodi, FAA spokesman Ian Gregor said in a statement.

The pilot tried returning the Cessna 208 to the airport, Gregor said.

The plane crashed less than a mile from the airport on the opposite side of Highway 99, a major route in California, said Lt. Dan Schmierer of the Woodbridge Rural Fire District. Nobody on the ground was hurt.

Schmierer said he expected the worst when he heard about the crash. Pulling up to the scene, however, the pilot and his passengers were all standing around in a group.

"I think some of them were in shock," Schmierer said. "They were all happy to be walking away from the crash."

Schmierer credited the pilot, who also sustained minor injuries, for apparently flying the plane under power lines and away from a house about 75 feet from the crash scene.

One skydiver praised the pilot for the way the crash landing was handled, and that everybody survived, Schmierer said.

The Parachute Center's website claims to be "one of the largest and oldest drop zones in the United States," in operation since 1964. It says that experienced skydivers can jump from 13,000 feet.

A person answering the phone at the Parachute Center declined to comment on the crash. Authorities are investigating what happened.