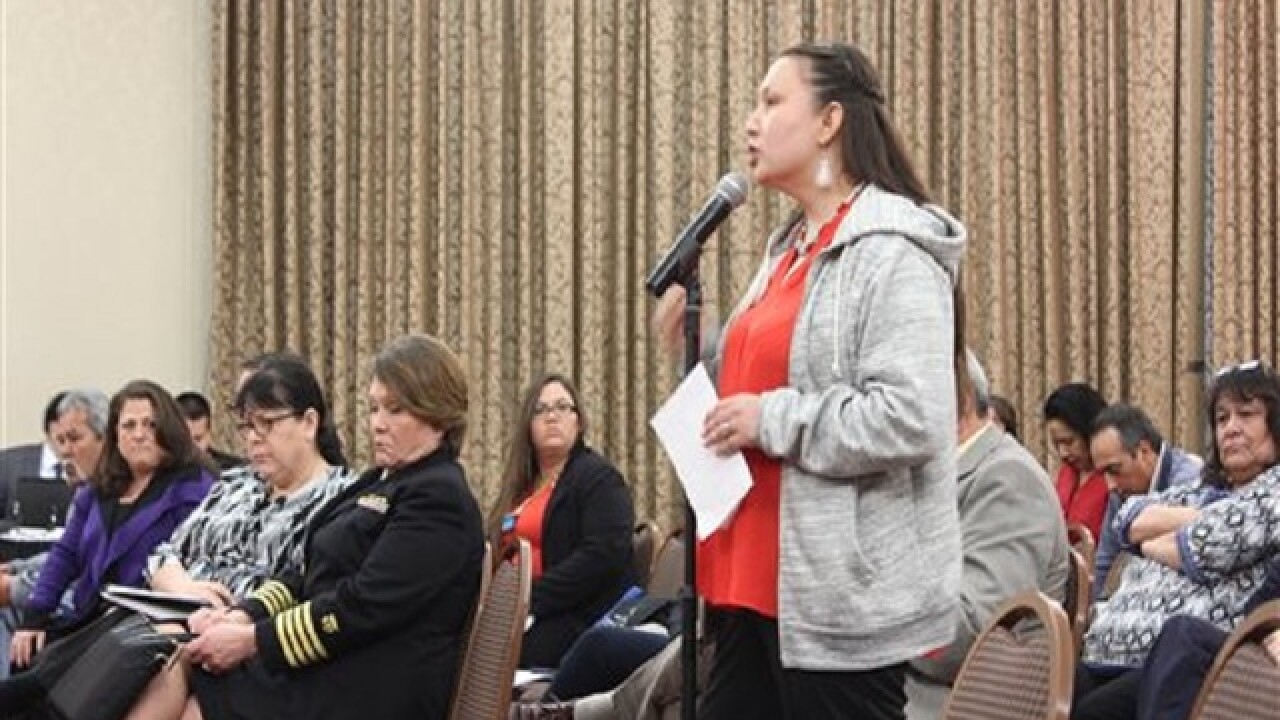 SIOUX FALLS, S.D. (AP) — Two government-run hospitals on Native American reservations in South Dakota will keep receiving crucial federal funding after agreeing to undertake significant measures to improve the quality of care provided to patients.
The Indian Health Service, which administers the hospitals on the Pine Ridge and Rosebud Indian Reservations, announced Sunday that it reached last-chance remediation agreements with the Centers for Medicare and Medicaid Services on Saturday. Under the agreements, the hospitals will have a team focused exclusively on improving the delivery of health care and CMS will appoint a monitor to provide periodic assessment reports. Emergency rooms at both facilities will be privatized, as previously proposed.
The agreement for the hospital on the Rosebud Indian Reservation, however, will not immediately result in the reopening of its emergency room, which has been shut down since early December.
"The agreements are structured to support the hospitals to fully meet safety and quality of care standards," the Indian Health Service, commonly referred to as IHS, said in a statement Sunday. "IHS intends to work diligently to make the best use of the technical assistance and resources available under the terms of the SIA, to take advantage of every opportunity to improve quality of care."
After inspectors from the Centers for Medicare and Medicaid Services, known as CMS, uncovered serious deficiencies at the two facilities during unannounced visits, the agency earlier this year threatened to end the hospitals' ability to bill the government for services provided to Medicare- and Medicaid-eligible patients. But along with the funding cutoff threats, the agency offered the facilities the opportunity to participate in what constitutes a remediation program, giving each facility reasonable time to implement "robust" changes.
Under the agreements, the CMS-appointed monitor will use onsite visits, interviews and records to provide monthly reports to both agencies. CMS will also form a "quality improvement network" to help the hospitals' management team, practitioners and staff improve the quality of "health care delivery systems."
IHS's obligations in both agreements include ensuring that an "effective system" is in place to identify "unsafe situations and other barriers to safe, high quality care, adverse events and near misses" and to be able to immediately report those issues to the hospitals' and IHS management.
"IHS will timely address any urgent quality and safety concerns brought to its attention by IHS providers or CMS," both agreements state.
IHS provides free health care to enrolled tribal members as part of the government's treaty obligations to Native American tribes. The agreements reached Saturday represent a lifeline for each facility because IHS historically has been severely underfunded and its facilities bill Medicare, Medicaid and private insurance for care given to patients who have that coverage. Statistics from a 2005 government study show that reimbursements at the time constituted between 7 and 58 percent of some hospitals' direct medical care budgets, with the average being 39 percent.
Both hospitals have faced challenges for years, but have been under intense scrutiny after the series of inspections that began late last year. In October, inspectors visiting the hospital on the Pine Ridge Indian Reservation cited safety deficiencies including unsecured drugs and medical records, and doctors without proper credentials. And in mid-November, an inspection of the hospital on the Rosebud Indian Reservation found conditions so alarming the emergency room was shut down two weeks later, forcing patients to be diverted to facilities about 50 miles away. The inspectors' report noted that a patient who was having a heart attack didn't get treatment until 90 minutes after she arrived.
The management team of each hospital will be overhauled under the deals reached Saturday, with the option of hiring an "experienced and qualified hospital management firm" that would run the facilities full time and on site for at least the one-year duration of the agreements.
The agreement for the Pine Ridge hospital includes a provision to train staff on the proper handling of medical records, including compliance with privacy laws.
The agreement for the Rosebud hospital states that it will continue to divert patients until a number of conditions are met, including that proper staffing levels are reached and a mock survey is conducted. IHS would then remain responsible for that ER until it signs a contract with a third party that would manage it, as well as the emergency room of the Pine Ridge hospital and that of a facility in Winnebago, Nebraska.
The emergency room closure has been a point of contention between IHS and the Rosebud Sioux Tribe. So much so that the tribe filed a federal lawsuit Thursday asking that IHS and federal officials be forced to re-open it citing "immediate and irreparable injury" to tribal members.
Associated Press 2016