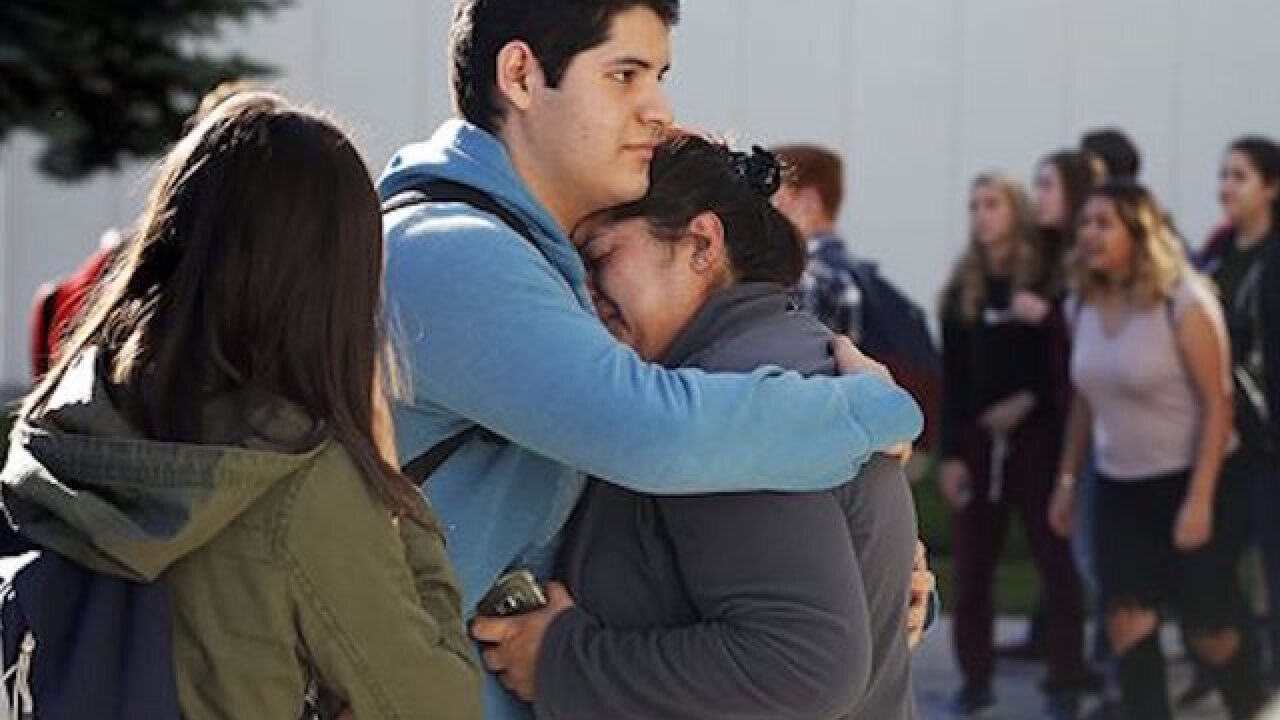 OREM, Utah (AP) — Five students were stabbed inside the boys' locker room of their Utah high school Tuesday and a 16-year-old student was taken into custody after school workers risked their lives to box him into a corner, police said.

The suspect, a straight A student with no record of disciplinary problems, stabbed himself in the neck at Mountain View High School before he was subdued with a Taser by an officer working at the school, said Gary Giles, the police chief in the small city of Orem about 40 miles south of Salt Lake City where the attack happened.

The suspect used a knife with a 3-inch blade to attack the five male victims, Giles said. The school staffers managed to contain him for several minutes and prevent any more possible bloodshed until police arrived, he said.

He said police were investigating why the student attacked his classmates at about 8 a.m. as they were getting ready for the morning physical education class at the start of the school day.

The student was not identified but school district spokeswoman Kimberly Bird said he was a new student at the high school who had previously been homeschooled.

All of the victims were stabbed at least once and were being treated for neck and torso injuries at local hospitals. Their conditions ranged from critical to fair, Orem police Lt. Craig Martinez told reporters. The suspect was also hospitalized.

Students described a gruesome scene immediately after the stabbings, with victims covered in blood running from the locker room.

Junior Karen Martinez said she saw three run to the school's office, one suffering from a head wound and another with an injury to his neck. One victim had blood running down the back of his shirt, she said.

"It was awful," said Martinez, her eyes filled with tears. "It was so terrifying. I didn't know any of the kids but still it was like an awful feeling to see all those kids getting hurt."

The school was put on lockdown after the stabbings for about an hour. Students were later allowed to remain in school or leave for the day after police determined there was no more threat to students' safety. Dozens of parents arrived at the school, hugging their children before taking them home.

Student Paxton Ransom said he saw blood on the floor of the locker room and thought it was fake until he saw someone on the ground who had been stabbed. He ran away and hid with other students in the school's the weight room.

Eduviges Sanchez had just dropped her son off at the school when she saw a student outside with a cut in the side of his neck.

Police did not release names of the suspect or the victims, citing their ages.