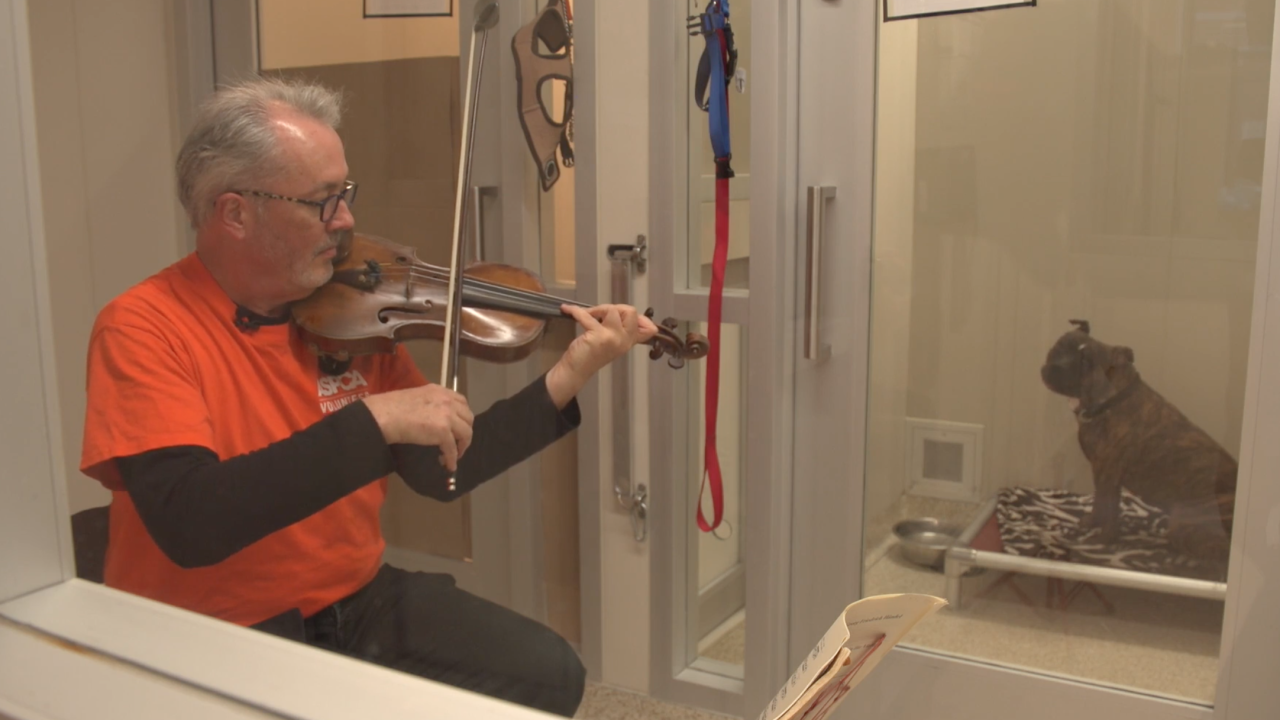 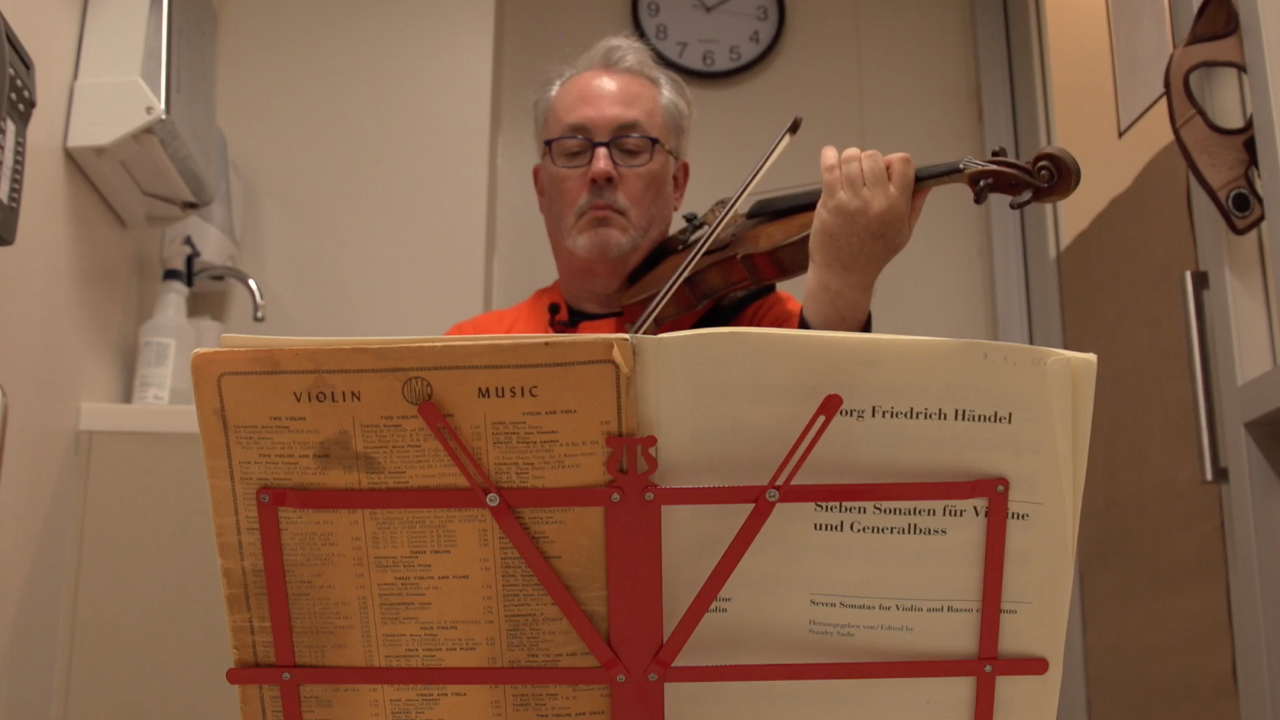 NEW YORK — For professional musician Martin Agee, there’s a method to preparing for a performance, making sure his violin is tuned with music sheets at the ready.

His audience is furry and restless.

That is, until the magic begins.

“I usually start with something slow and that usually gets them sort of mellowed a little bit,” he said.

Agee is a longtime violinist for Broadway shows, most recently playing in "King Lear."

For the past several years though, he’s also shared his talent as a volunteer at the ASPCA shelter in New York City.

“It’s fantastic," he said. “From the first day I came in, it’s been thrilling to me.”

He plays for dogs in the animal recovery center at the shelter. Most there have suffered injuries, neglect and abuse.

“It’s sad to me to think of these animals just languishing in a kennel somewhere, hoping that they’ll get better enough so someone will adopt them and give them a home,” Agee said.

Two years ago, shelter managers gave him the go ahead to play for the dogs, to see if it might help them heal.

So, Agee played on — Bach and Handel — to hundreds of pups, so far.

Sometimes they accompany him — in their own way.

“You’re a real singer!” Agee joked to one dog, Gina, who began howling along to his playing.

"Building these positive associations with people in the way Martin is doing just brings incredible value to their experience while they’re with us,” Hanavan said.

It also brings comfort to Agee, who began volunteering after he lost a pet.

And it's not just special for Agee — it's something special for his unusual and captivated audience.