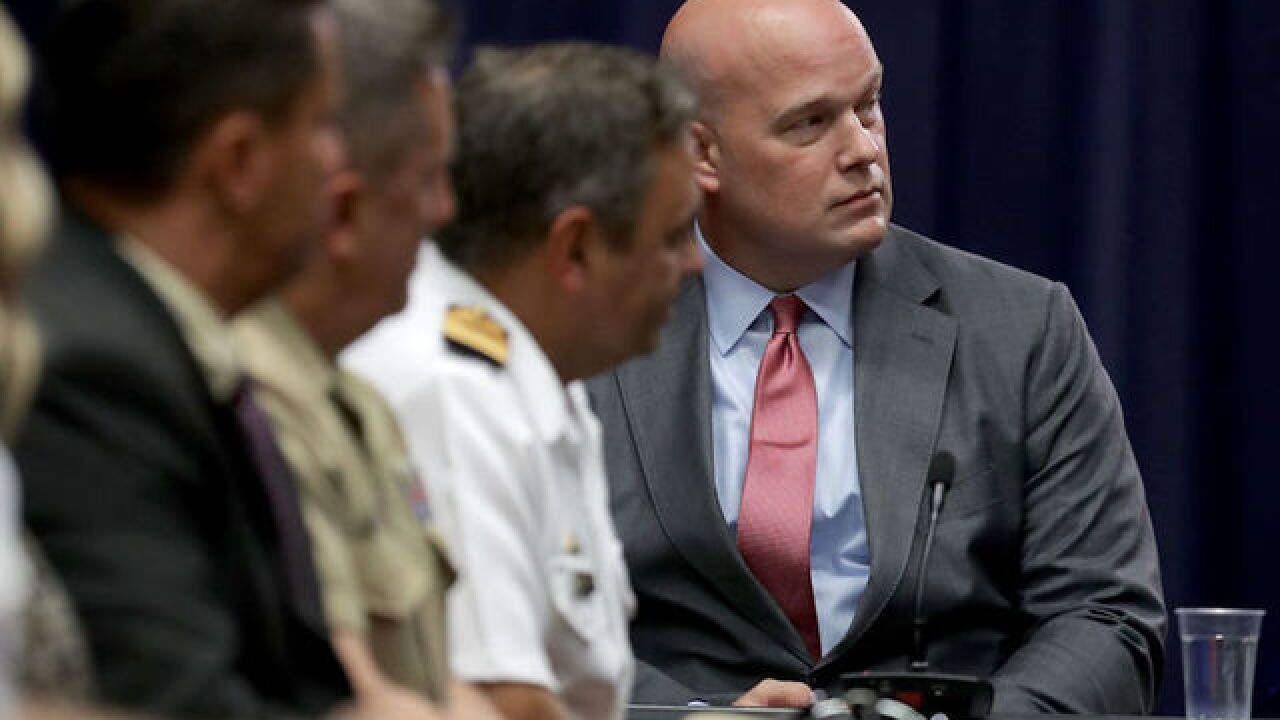 (This opinion article was written by then CNN contributor Matthew Whitaker, and was originally published on August 6, 2017. On November 7, 2018, President Donald Trump announced that he was naming Whitaker as acting attorney general. As attorney general, he could potentially oversee Special Counsel Robert Mueller and his investigation into Russia's election meddling in 2016, and any possible collusion between the Russians and Trump campaign.)

Last month, when President Donald Trump was asked by The New York Times if special counsel Robert Mueller would be crossing a line if he started investigating the finances of Trump and his family, the President said, "I think that's a violation. Look, this is about Russia."

The President is absolutely correct. Mueller has come up to a red line in the Russia 2016 election-meddling investigation that he is dangerously close to crossing.

According to a CNN article, Mueller's investigators could be looking into financial records relating to the Trump Organization that are unrelated to the 2016 election. According to these reports, "sources described an investigation that has widened to focus on possible financial crimes, some unconnected to the 2016 election." The piece goes on to cite law enforcement sources who say non-Russia-related leads that "involve Trump associates" are being referred to the special counsel "to encourage subjects of the investigation to cooperate."

This information is deeply concerning to me. It does not take a lawyer or even a former federal prosecutor like myself to conclude that investigating Donald Trump's finances or his family's finances falls completely outside of the realm of his 2016 campaign and allegations that the campaign coordinated with the Russian government or anyone else. That goes beyond the scope of the appointment of the special counsel.

In fact, Deputy Attorney General Rod Rosenstein's letter appointing special counsel Robert Mueller does not give Mueller broad, far-reaching powers in this investigation. He is only authorized to investigate matters that involved any potential links to and coordination between two entities -- the Trump campaign and the Russian government. People are wrongly pointing to, and taking out of context, the phrase "any matters that arose or may arise directly from the investigation" to characterize special counsel's authority as broad.

The word "investigation" is clearly defined directly preceding it in the same sentence specifically as coordination between individuals associated with the campaign of Donald Trump and Russia. The Trump Organization's business dealings are plainly not within the scope of the investigation, nor should they be.

Indeed, Sunday on Fox News, Rod Rosenstein acknowledged Mueller had limited authority and would need to seek his permission to expand the investigation.

Beyond the legal reading, the broad authority argument defies plain logic: If the special counsel could investigate anything he wants, why would there even need to be a letter spelling out the specific limits of the investigation?

One of the dynamics at play here is that people are conflating this investigation and Kenneth Starr's 1994 investigation into President Bill Clinton. While partly understandable at first glance, the two investigations are not comparable -- not only have more than two decades passed since then, but a completely new law and legal framework governing separate investigations has also passed. Starr was an independent counsel and Mueller is a special counsel, the two words are different for a reason.

Any investigation into President Trump's finances or the finances of his family would require Mueller to return to Rod Rosenstein for additional authority under Mueller's appointment as special counsel.

If he were to continue to investigate the financial relationships without a broadened scope in his appointment, then this would raise serious concerns that the special counsel's investigation was a mere witch hunt. If Mueller is indeed going down this path, Rosenstein should act to ensure the investigation is within its jurisdiction and within the authority of the original directive.

I've prosecuted several financial crimes at the federal level and I've also defended plenty in my private practice. From this unique vantage point, I can understand how a motivated prosecutor, in a broad investigation into the financial affairs of high-profile individuals, can become overzealous toward the targets of such probes -- with calamitous results. While no one is above the law, in situations such as this, any seasoned prosecutor must use discretion both judiciously and expertly.

It is time for Rosenstein, who is the acting attorney general for the purposes of this investigation, to order Mueller to limit the scope of his investigation to the four corners of the order appointing him special counsel.

If he doesn't, then Mueller's investigation will eventually start to look like a political fishing expedition. This would not only be out of character for a respected figure like Mueller, but also could be damaging to the President of the United States and his family -- and by extension, to the country.