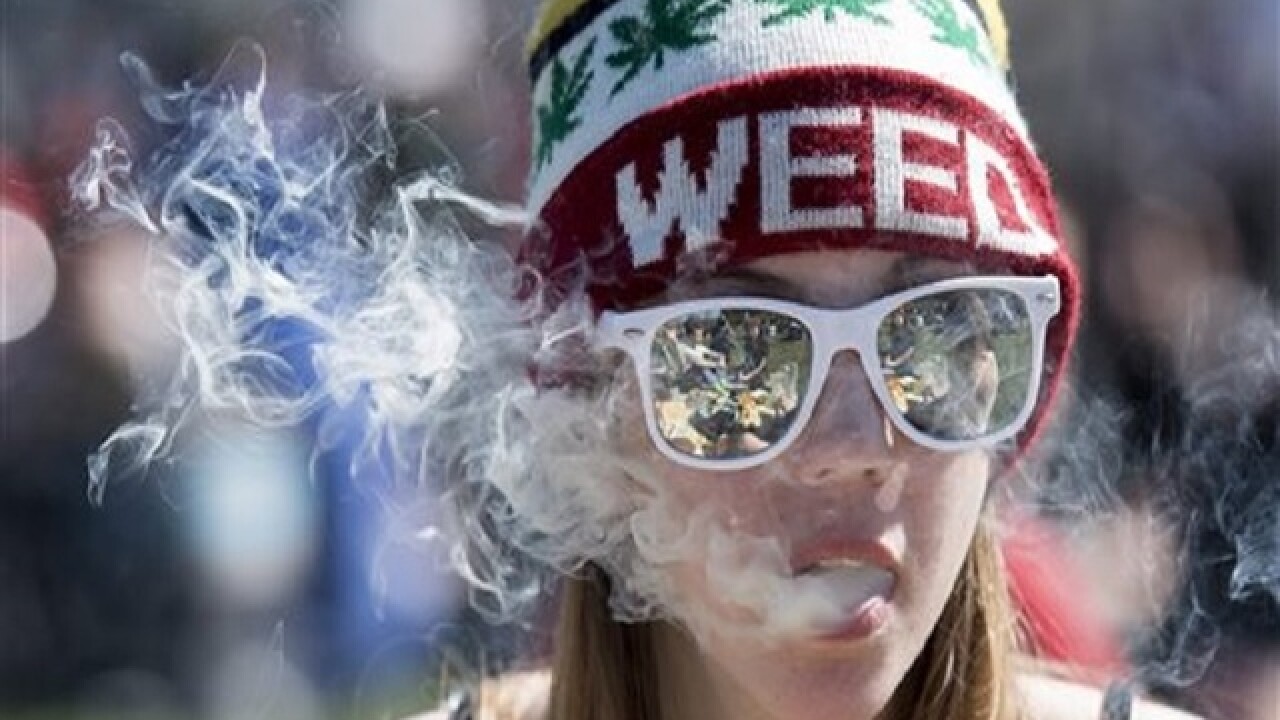 JUNEAU, Alaska (AP) — Some activists have a vision for Alaska's upstart marijuana industry that could have Anchorage looking more like Amsterdam in the years ahead.
The way some see it, just like the city in Holland where pot can be legally purchased and smoked in shops, tourists arriving in Anchorage would be able to jump in a taxi and ask the driver about the best cannabis cafe in town. Once there, they might mingle with business executives forgoing a martini lunch in favor of a joint.
"We just know when the tourists show up, that will be one of the first questions," said David J. Straub, who owns a cultivation business on six acres of land about 50 miles north of Anchorage.
Under the legalization law, passed by voters in 2014, Alaska is on track to become the first state in the nation to allow on-site consumption of marijuana in some businesses that will sell pot. The first retail marijuana businesses aren't expected to be licensed until September — near the end of cruise ship season and a bit too late to cash in on tourism this year.
Rules for onsite consumption still must be finalized. On Wednesday, the Marijuana Control Board approved draft regulations calling consumption areas to be cordoned off from the rest of the retail premises by a secure door. Items purchased to be consumed at the store could not be removed from the premises. Regulators likened it to bars, where patrons are not allowed to-go cups for beers they don't finish.
Under the draft rules, which will undergo public comment, there would be transaction limits and stores would have to monitor patrons for overconsumption. Gimmicks such as contests involving use of marijuana or pot as prizes would be prohibited.
During a break at the meeting in Anchorage, some people described their vision of the future.
"I think that we would be doing a disservice to the public if we did not have cannabis cafes," said board member Brandon Emmett of Fairbanks, who represents industry concerns on the five-member panel.
Alaska voters approved legalizing recreational use of marijuana for people 21 and older with the expectation that it would be regulated like alcohol. Emmett said that means allowing pot cafes just like bars.
In "other cities around the planet — like Amsterdam, some places in Spain and Morocco where consumption is legal — they haven't seen the sort of social ills that have been associated with alcohol," said Emmett, noting he can't speak to the will of other board members. "Here in Alaska, we'll be able to implement that policy responsibly."
The board had pot tourism in mind last year when it voted to allow for certain retail shops to let patrons partake on site. But not everyone envisions Anchorage being as wide open as Amsterdam.
Bryant Thorp, who is applying to operate a retail and small grow business in the state, said in a phone interview that he sees a few shops opening at first and others coming later. The first openings could be a "zoo" as curious crowds check out the scene, he said.
Destiny Neade of Fairbanks thinks the number of marijuana businesses in her community as the industry gets off the ground could be spotty. It will take the community a while to get used to having the shops, said Neade, who has expressed interest in allowing for onsite product consumption at the retail shop she hopes to run. She is looking for guidance from the board, particularly about the potential liability of a business after patrons leave a store.
Alaska is one of four states that have legalized recreational use of pot, but none have allowed onsite use of the drug.
Marijuana Support Over Time | InsideGov
Colorado's 2012 marijuana amendment bans public use, but the law is interpreted differently around the state. At least two Colorado cities, Pueblo and Nederland, have statutes allowing limited on-site consumption at over-21 private clubs.
Voters in Denver may consider a ballot measure this fall to allow pot clubs or tasting rooms. Colorado lawmakers have mulled but not formally proposed a statewide change to the public-use law.
Emmett, the Alaska Marijuana Control Board member, sees onsite consumption in Alaska as a bellwether for the nation.
"I think federal legalization is going to happen in the next five years," he said, predicting that attitudes will open up in Alaska then across the United States.
"I think when we look back on this in 15 years, people will wonder what all the fuss was about," he said.
Associated Press 2016