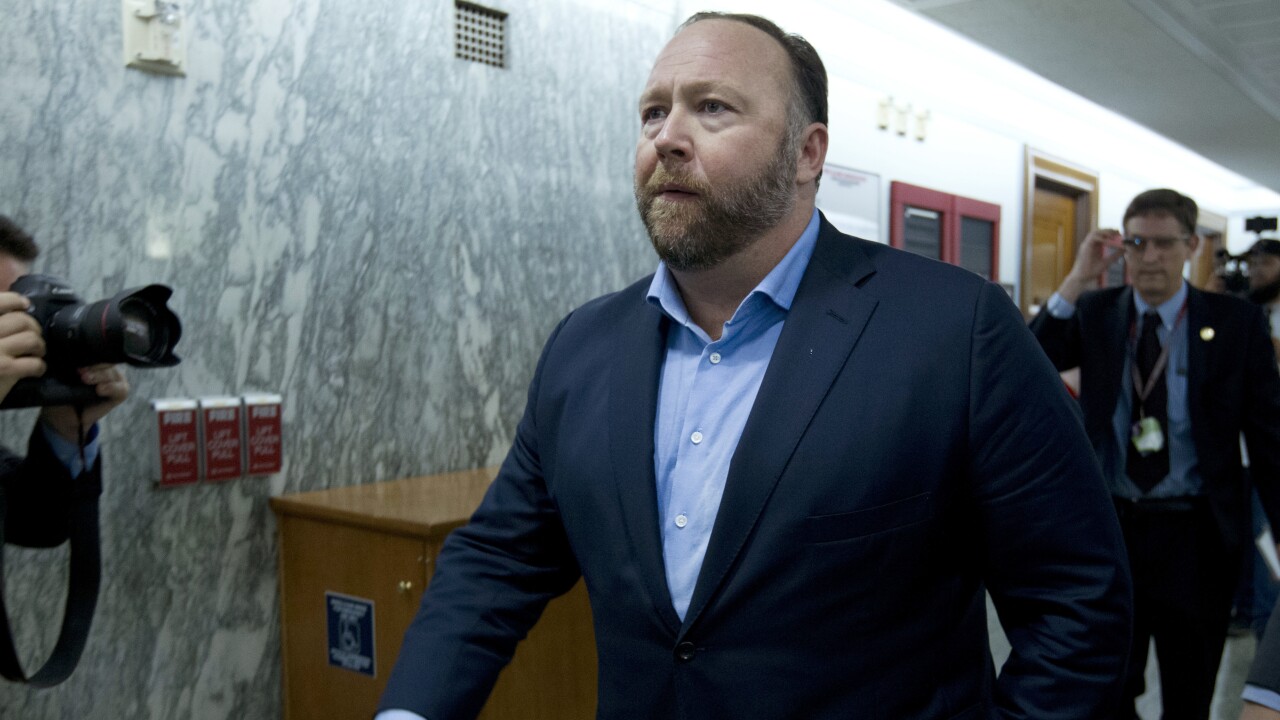 Alex Jones, the founder of the far-right conspiracy website Infowars, lost his appeal Friday in connection to a case that seeks damages related to the Sandy Hook mass shooting.

A Texas appellate court ruled Friday that Jones and Infowars cannot cite a free speech law to end a suit that seeks damages for intentional infliction of emotional distress. Jones and Infowars are being sued by a mother who lost a child in the mass shooting at Sandy Hook Elementary School in Newtown, Connecticut in 2012.

The 3rd Court of Appeals found that Jones' and Infowars' reporting that the school shooting was a hoax and that the parents were actors "could be understood to accuse parents of Sandy Hook victims of either being untruthful about the manner in which their children were killed or being untruthful about whether their children were killed at all," the Austin American-Statesman reports.

According to the Statesman, Scarlett Lewis, the mother of Sandy Hook victim Jesse Lewis, was never mentioned by name in Jones' and Infowars' coverage of Sandy Hook. But the court found "the statements at issue apply to parents of Sandy Hook victims, the class of potential plaintiffs is limited and readily identifiable from the multitude of sources reporting the identities of the victims."

Lewis' lawsuit seeks damages for the intentional infliction of emotional distress caused by Jones and Infowars and their reporting on the mass shooting that left 26 people dead, including 20 children.