Rossi wins Indy 500 with no gas left in tank 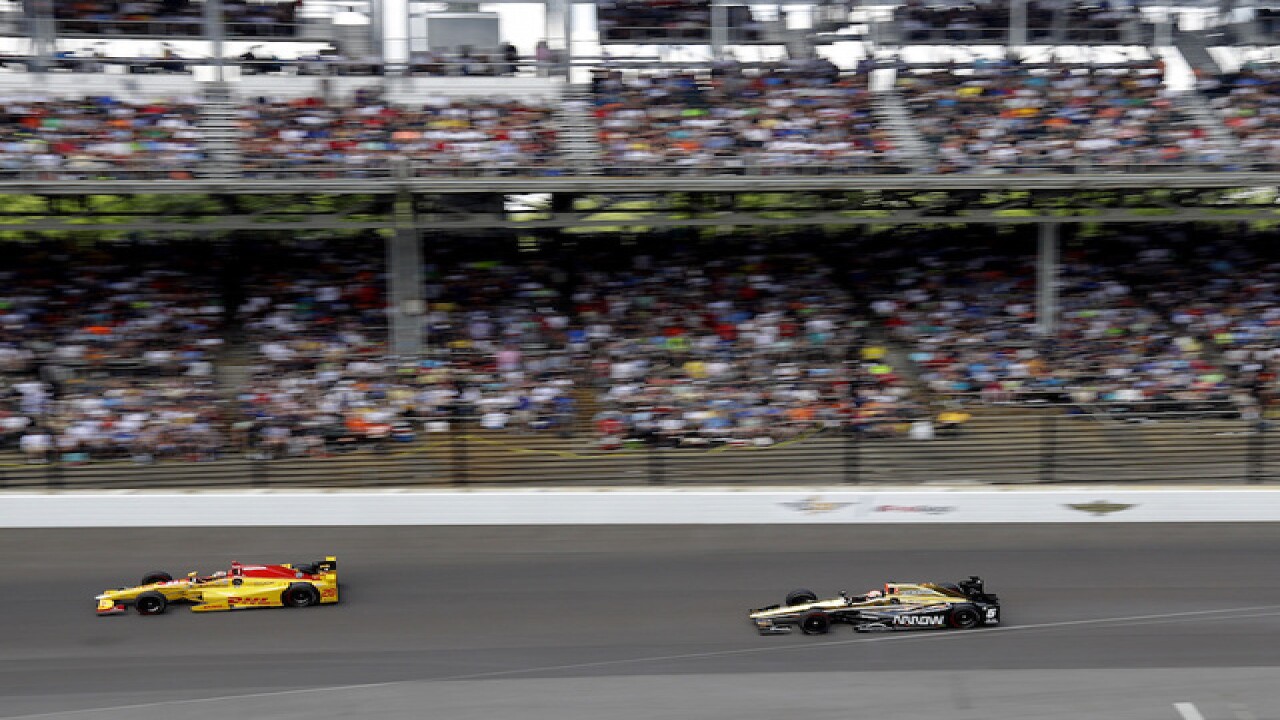 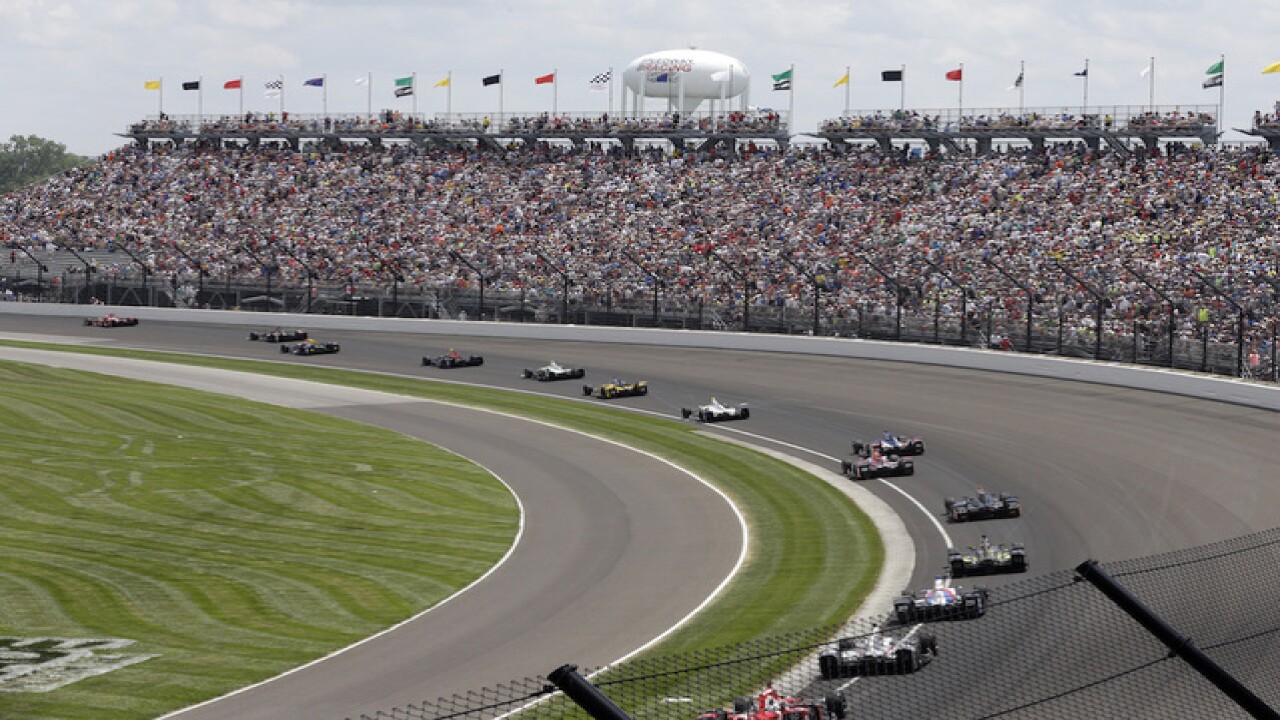 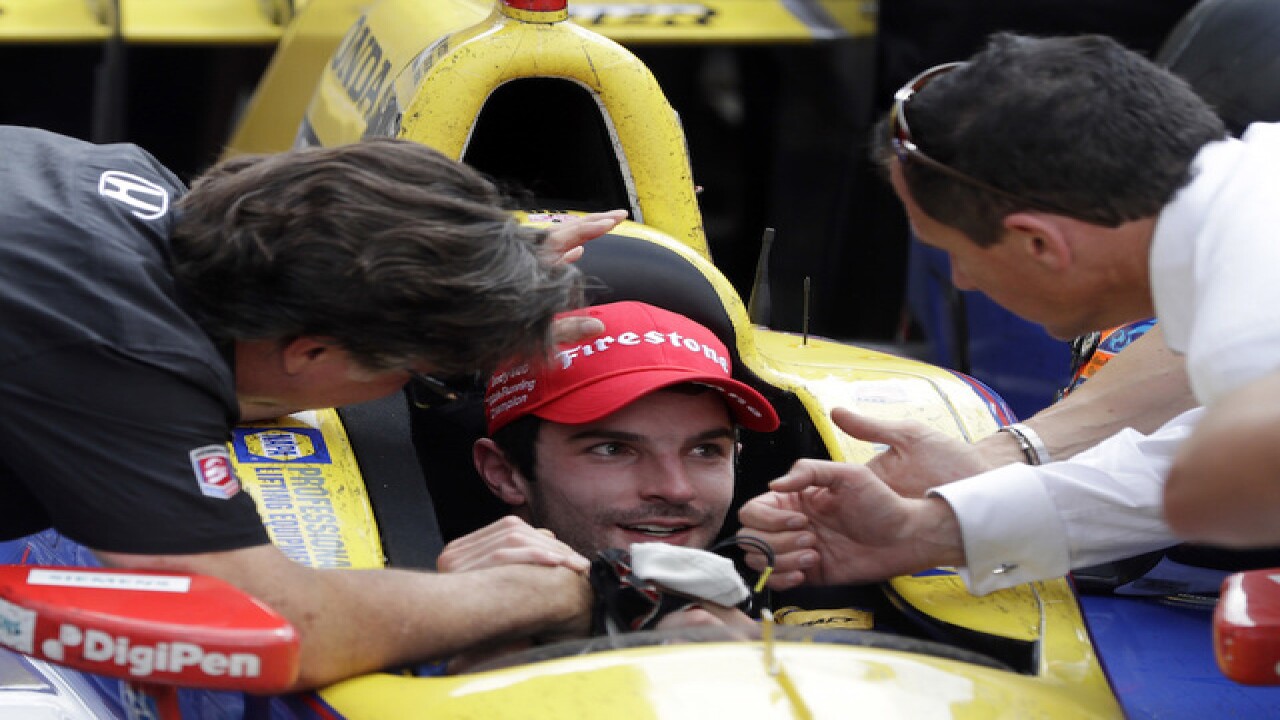 An American took the Andretti family to victory lane in the 100th running of the Indianapolis 500.

It just wasn't the driver anyone expected.

Alexander Rossi was the surprising winner of "The Greatest Spectacle in Racing" when he stretched his fuel to the finish Sunday to pull off an upset victory. He ran out of gas after taking the checkered flag.

"I have no idea how we pulled that off," Rossi said. "It's an amazing result for Andretti Autosport."

Rossi is an IndyCar rookie from California racing back in the United States after failing to put together a steady ride in Formula One. He is the ninth rookie to win the 500 and the first since Helio Castroneves in 2001.

"I'll cherish the fact that at one point we were 33rd," Rossi said. "We rolled the dice and came through and made it happen. This is unbelievable. I have no doubt it's going to change my life."

Although he's a relief driver for Manor Racing in F1, Rossi came back to America this year to drive for Bryan Herta in a partnership with Andretti Autosport. Herta was the winning car owner in 2011 with Dan Wheldon.

This Herta effort this year relied heavily on its alliance with Andretti, and the family was hoping Marco Andretti would give them their first Indy 500 title since patriarch Mario Andretti won in 1969.

Instead, Marco Andretti never contended on a day his four teammates were clearly among the best in the field. Ryan Hunter-Reay and Townsend Bell combined to lead 64 of the first 119 laps, but the Americans were knocked from contention when Bell clipped Helio Castroneves as he left pit road. The contact caused Bell to crash into Hunter-Reay.

Still, Rossi wasn't exactly a factor in this race.

As the laps wound down, it clearly became a fuel mileage race and American Josef Newgarden and Andretti driver Carlos Munoz both swapped the lead repeatedly. But both had to stop for gas, and Rossi moved into the lead. It was all his from there as he easily coasted to the finish line.

The win allowed team owner Michael Andretti to celebrate in the 100th running of a race that has tormented his family. Andretti earlier this month was voted by the 27 living winners as the best driver never to win the race, but he has now won the 500 four times as a car owner.

Munoz finished second to give Andretti a 1-2 finish and Honda its first win of the year. The Colombian appeared devastated after the race.

James Hinchcliffe, the polesitter who missed this race last year after a near-fatal accident in a practice session, faded to seventh despite being one of the best cars in the field.

In front of the first sellout in Indy 500 history, Rossi stunned the more than 350,000 fans in attendance. He'd been in Monaco this time last year, unsure of what his future held.

He credited strategy and calls made by Herta for putting him in position to cycle into the lead. Rossi becomes the 70th winner in race history and will become the 103rd face on the famed Borg-Warner Trophy.