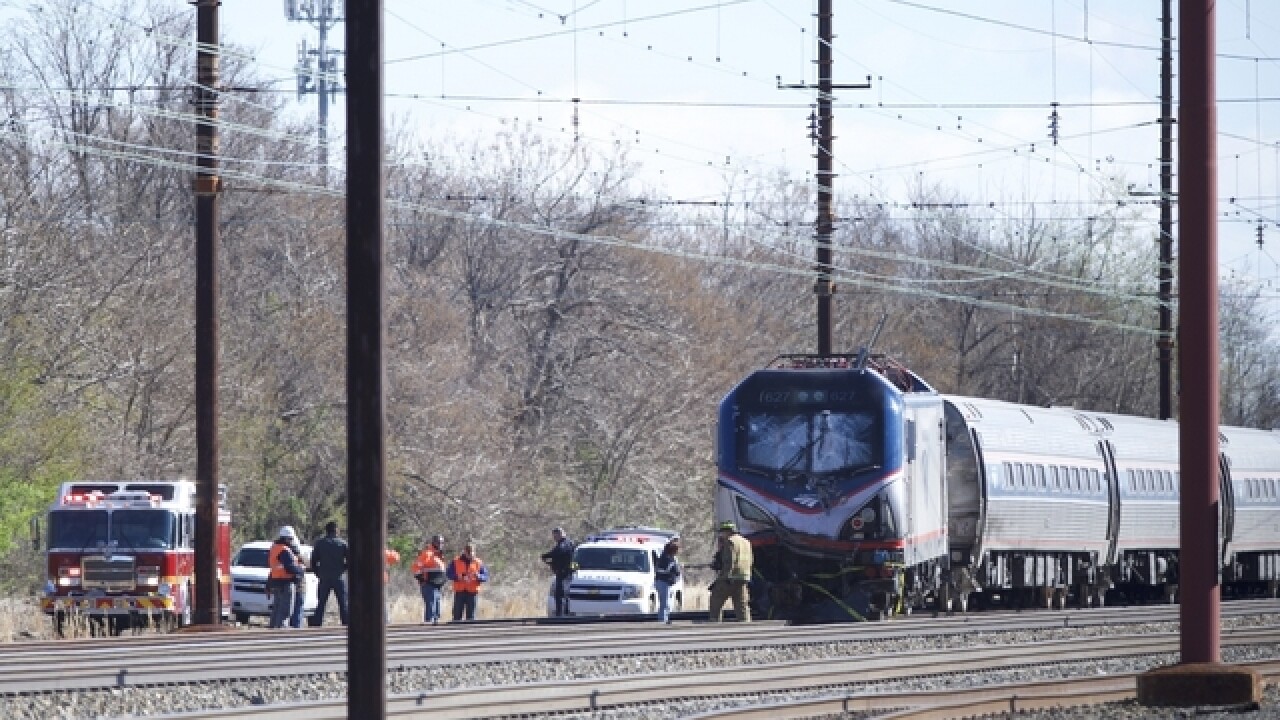 FRESNO, Calif. (AP) — Authorities in Central California say three men in a pickup died when the driver pulled in front of a speeding Amtrak passenger train, splitting the truck in two.

Office Josh McConnell of the California Highway Patrol said that none of the train's 205 passengers were injured in the collision on Friday afternoon. It happened in Madera County north of Fresno.

McConnell says the truck pulled around a stopped freight train at a crossing on private dirt road and got slammed by the train on the other set of tracks.

He says the train was traveling at up to 80 mph.

McConnell says the two passengers were thrown from the work truck. The truck's engine landed 40 yards away.

He says the unidentified men were in their late 20s or early 30s.