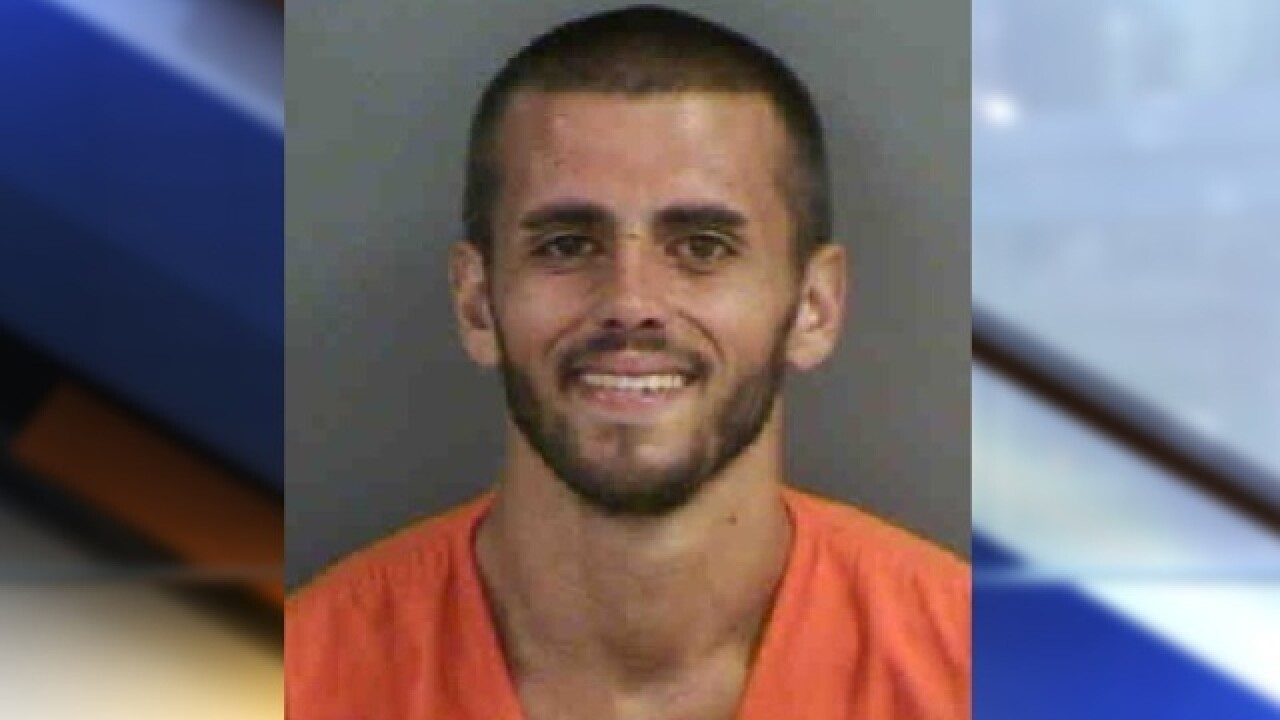 COLLIER COUNTY, Fla — Deputies say a trip to the ice cream store ended with a man getting scooped up by police for DUI.

According to a Collier County Sheriff's arrest report, he was arrested Sunday evening outside the Royal Scoop ice cream shop on 8th street in the Vanderbilt Lakes community.

Witnesses say that Verrot was driving recklessly in a car with two flat front tires when he pulled into the ice cream shop parking lot and went inside.  As he came out with ice cream, he heard approaching sirens and fled on foot.

Deputies located him behind the store and say he refused to do sobriety tests. On the way to the hospital he reportedly bit a firefighter's finger, repeatedly spit toward authorities and yelled “blah-blah-blah” while authorities communicated with him.

He also provided his brother's name when asked to identify himself.

He's due in court at the end of the month.