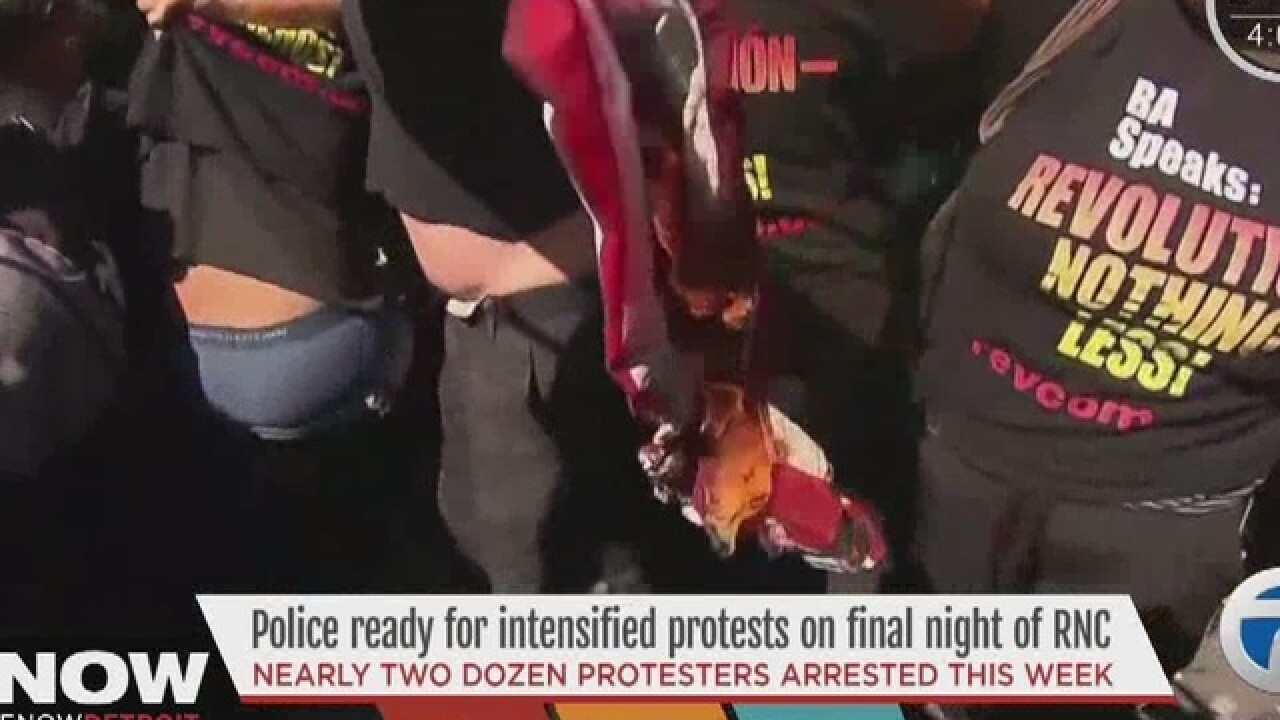 The protest by a group called Stand Together Against Trump drew little notice outside a heavy police presence. Officers on rooftops watched through binoculars, while police on bicycles pedaled along the streets with no other traffic.

The anti-Donald Trump forces scheduled an evening rally in downtown's Public Square that was expected to draw a bigger crowd. Trump was set to accept his party's nomination Thursday night.

Officers got between the marchers and a few conservative religious counter-protesters to make sure no skirmishes broke out.

The 23 protest-related arrests reported since Monday were well below what law enforcement officials had feared. Seventeen of the arrests came Wednesday, during a melee that erupted during a flag-burning outside an entrance to the convention arena.

Organizers of that event denied on Thursday that the man holding the American flag was on fire and said police used that as an excuse to move in.

Two officers were assaulted and suffered minor injuries, police said. The charges against those arrested included failure to disperse, resisting arrest and felonious assault on a police officer.

That included a disorderly conduct charge against Gregory "Joey" Johnson, whose torching of a flag at a GOP convention three decades ago led to the landmark 1989 U.S. Supreme Court decision that said flag-burning is protected by the First Amendment.