Arizona semi-truck crash: One dead in crash on I-10 west of Phoenix 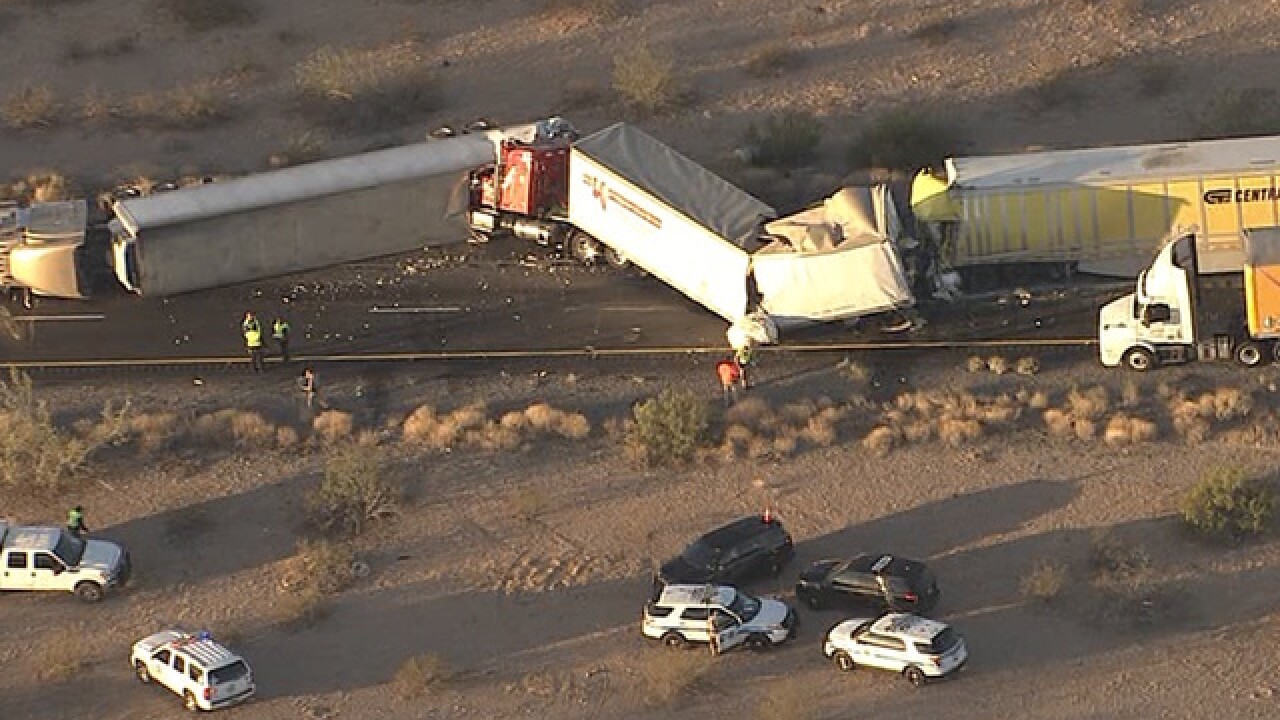 Copyright 2018 Scripps Media, Inc. All rights reserved. This material may not be published, broadcast, rewritten, or redistributed.
Air15

According to the Arizona Department of Public Safety, multiple semi-trucks were involved in the crash near milepost 79.

DPS says a semi rolled over in the area and a second semi was able to come to a stop to avoid the rolled-over truck. At that time, a third truck hit the second semi, killing the driver of the third truck.

The impact of the wreck caused the second semi to hit the rolled truck, causing injuries to the second driver.

Eastbound lanes are expected to remain closed for some time while crews get "heavy duty tow trucks" to remove the vehicles and debris.

The Arizona Department of Transportation says drivers can use the following detour: I-10 EB detour at Vicksburg Road (milepost 45) north to US 60, east to Salome Road and drive southeast back to I-10 past crash site.