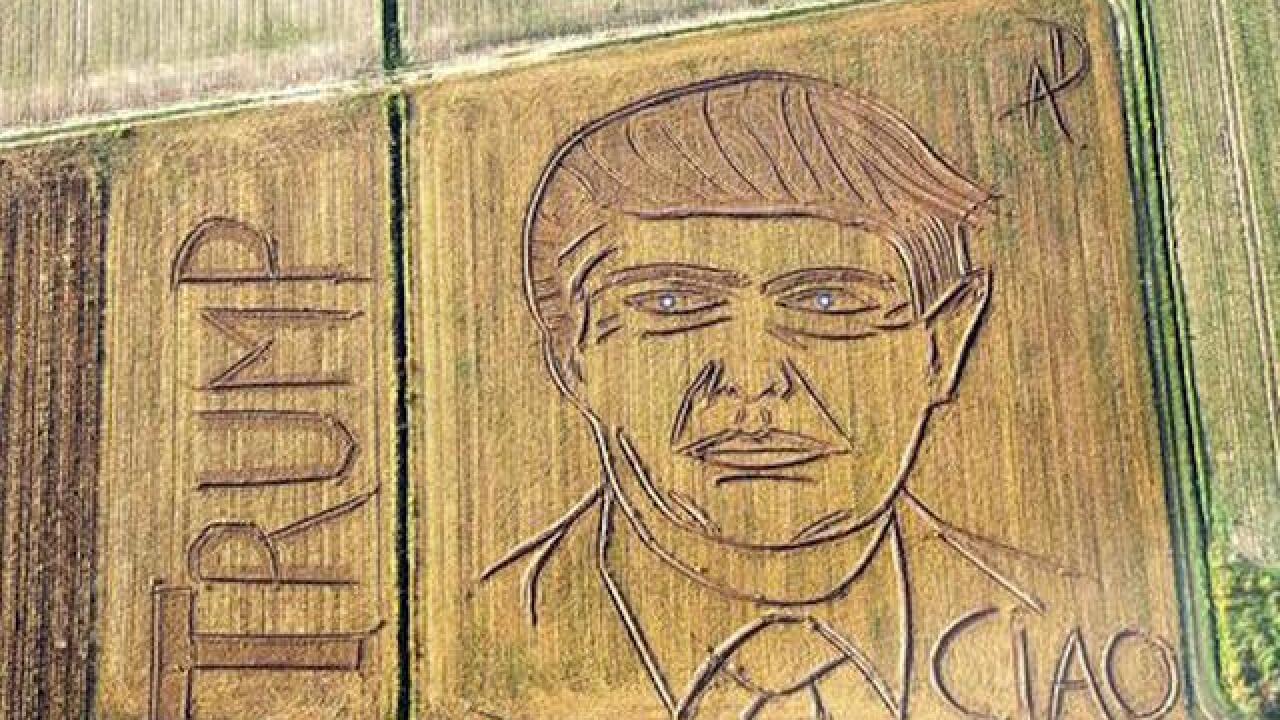 MILAN (AP) — An Italian land artist has used his tractor to transform a field near the Italian city of Verona into a giant portrait of U.S. Republican presidential candidate Donald Trump.

Gambarin created the Trump portrait on a 25,000-square-meter field, writing "Ciao," beneath Trump's left shoulder, signifying recent polls that show Clinton ahead. Still, Gambarin was quoted by the Verona daily L'Arena as saying "anything can happen. And in case of defeat, the Republican Trump can in any case console himself with my huge portrait."

Gambarin often chooses topical figures for his tractor art, which he creates freestyle in his cornfield without a pattern. Previous subjects have included Nelson Mandela, Barack Obama and Pope Francis.