B-52 crashes at Guam air base 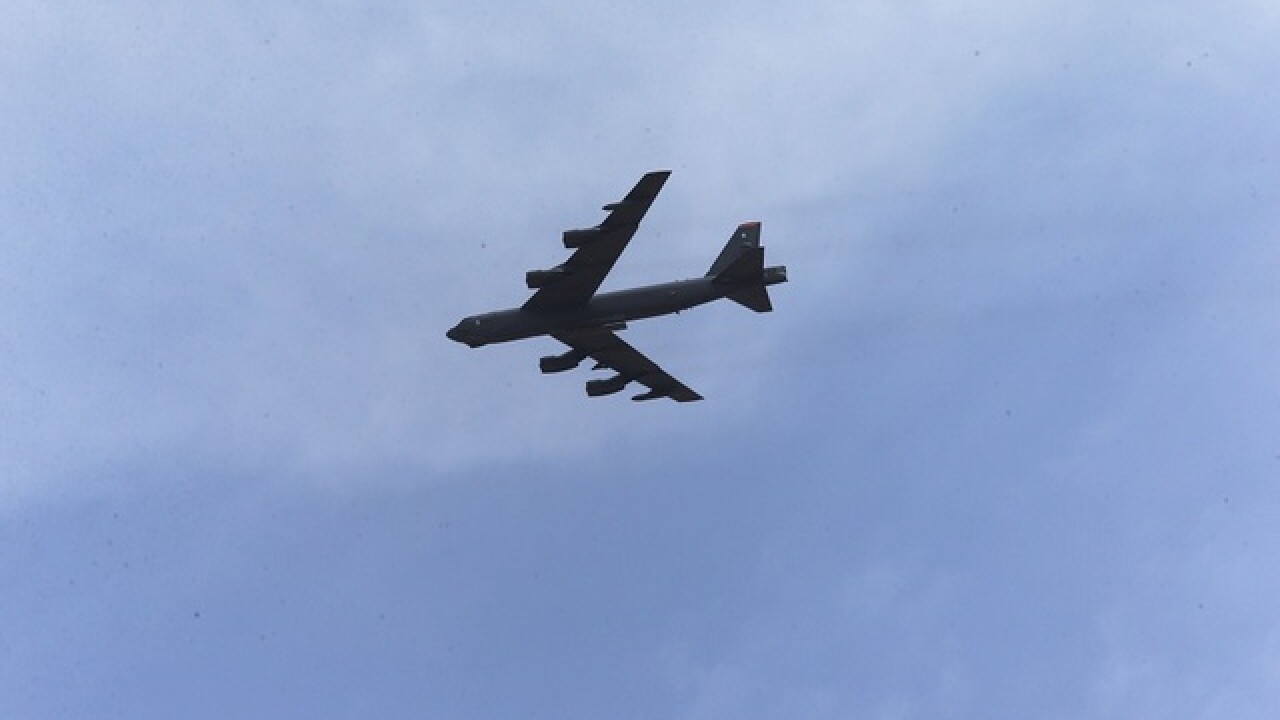 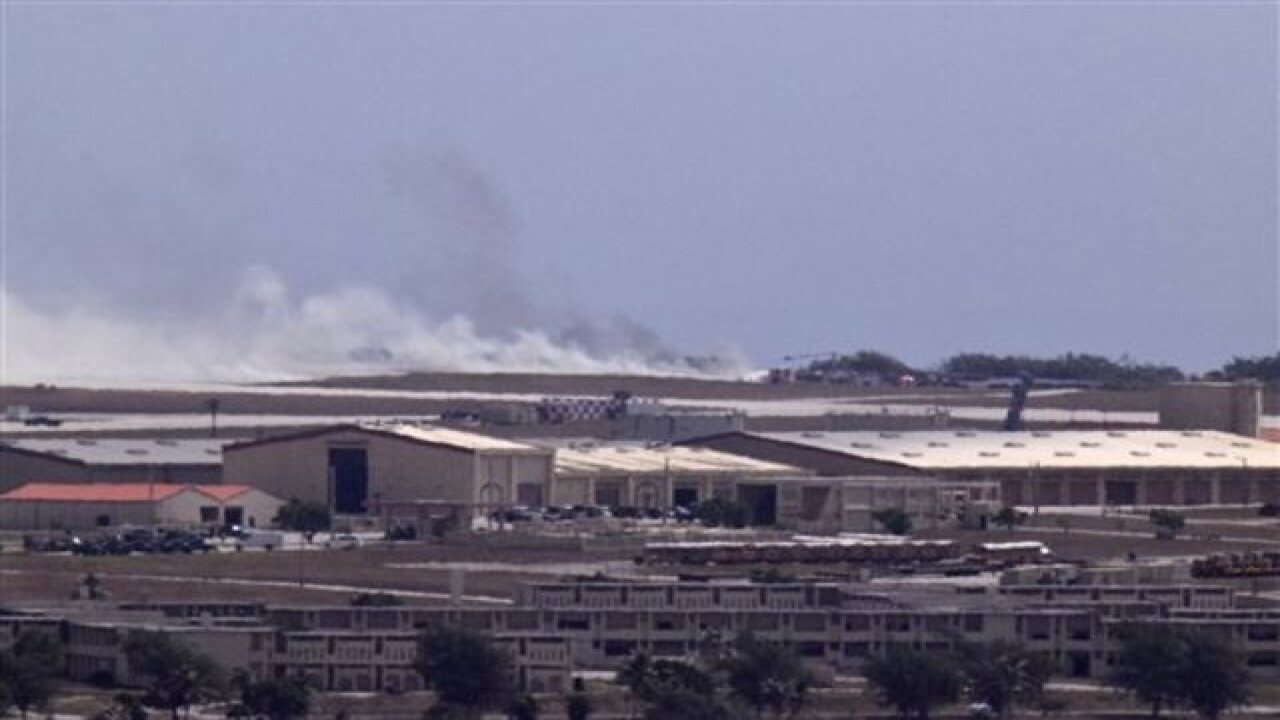 HAGATNA, Guam (AP) — All seven crew members made it out safely when their B-52 crashed on Guam shortly after takeoff, the U.S. Air Force said. No injuries were reported.

The plane aborted on takeoff and caught fire at about 8:30 a.m. Thursday Guam time, Pacific Air Forces public affairs said. It crashed on the flight line of the base.

"We are thankful that the air crew are safe," Brig. Gen. Douglas Cox, 36th Wing Commander, said in a news release. "Because of their quick thinking and good judgment in this emergency situation, the aircrew not only saved their lives but averted a more catastrophic incident."

The Air Force said there was no danger from any of the plane's armaments.

"The aircraft was carrying inert munitions at the time and posed no danger to the local community," the military said in a later news release. The Air Force website says the aircraft is capable of carrying nuclear or precision guided conventional ordnance.

The bomber was deployed to Guam from Minot, North Dakota, as part of the military's continuous bomber presence in the Pacific, The Air Force said. The crew members are with the 69th Expeditionary Bomb Squadron and were performing a routine training mission, it said.

A message left with the Minot base public affairs office seeking further comment was not immediately returned.

The incident is under investigation. The Air Force is taking steps to mitigate any possible hydraulic oil and fuel contamination, said Capt. Ray Geoffroy, spokesman for Pacific Air Forces. The plane was taking off with a full load of fuel.

In addition, Air Force environmental specialists were assessing any potential impacts to the environment from burning aircraft materials.

The Air Force has been rotating B-1, B-2 and B-52 bombers through Guam since 2004 to boost the U.S. security presence in the Asia-Pacific region.

A B-52 crashed off Guam in 2008, killing all six crew members on board. That plane had been flying around the island as part of Guam Liberation Day celebrations, marking the day when the U.S. military arrived to retake control of the island from Japan during World War II. The B-52 had been scheduled to conduct a flyover in a parade.

Guam is a U.S. territory 3,700 miles southwest of Hawaii.