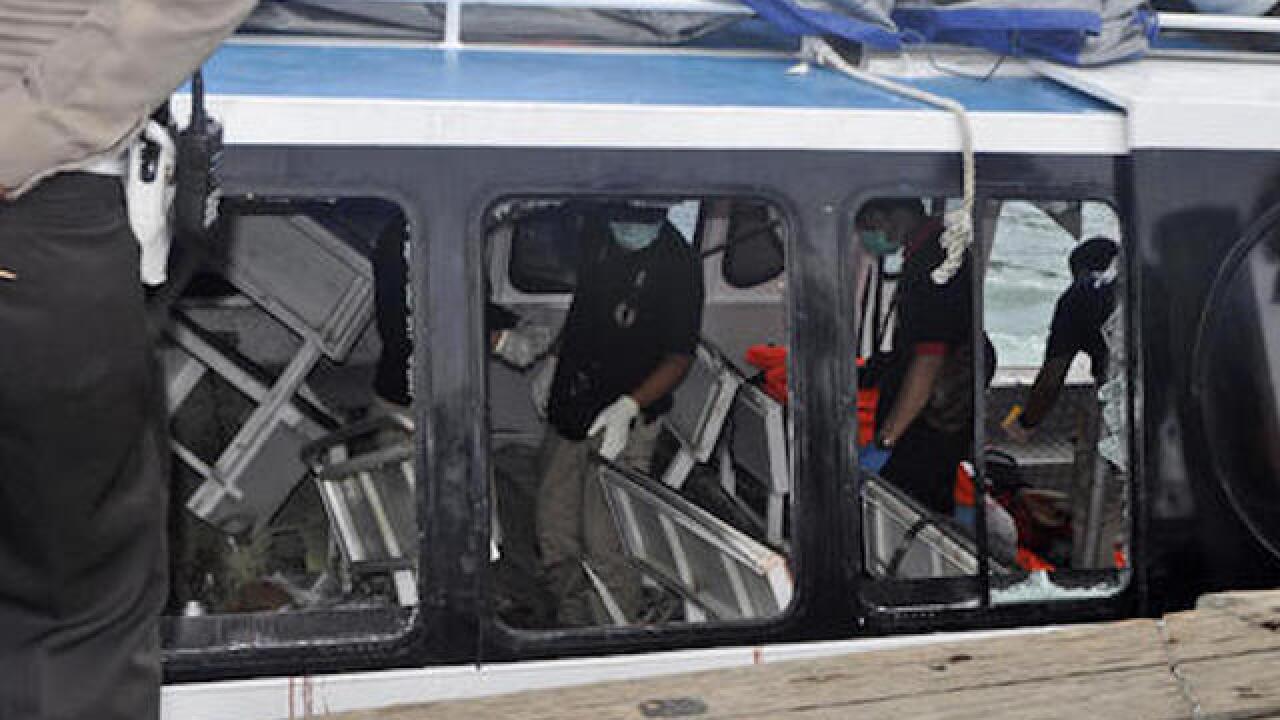 Copyright Associated Press
<p>Police investigators examine a boat following an explosion while it was enroute to nearby island of Lombok, at Padangbai Port in Karangasem, Bali, Indonesia, Thursday, Sept. 15, 2016. (AP Photo)</p>

BALI, Indonesia (AP) — Two foreign tourists were killed and about 20 other people were injured in an explosion Thursday on a speedboat that was ferrying them from the Indonesian tourist island of Bali to neighboring Lombok, police said.

Karangasem district police chief Sugeng Sudarso said the "Gili Cat 2" fast boat had about 40 people including crew on board. He said all the passengers have been evacuated and the injured are being treated on the island.

He said the dead are an Austrian woman and a woman of European nationality who police initially said was German.

Police have not yet determined the cause of the explosion, but a member of the forensics team investigating the scene said initial indications are it was an accident. The officer didn't want to be named because he is not an official police spokesman.

Sudarso said the explosion occurred after smoke was seen billowing from an engine.

Ferry accidents are common in Indonesia, a sprawling archipelago made up of thousands of islands where regulation of boat services is often lax.

Sudarso said the explosion, which occurred when the boat was about 200 meters (220 yards) from the port of departure, shattered its rear windows and upended seating.

"We are still questioning the boat captain while a forensic team is examining the scene to find the cause of the explosion," he said.

"One of the passengers died from bad injuries after being hit by boat debris that also caused injuries to others," Sudarso said.

A manifest showed that passengers were from several countries including Britain, France, Italy, Portugal, Ireland and Spain.

A sustained security crackdown since then has weakened JI but counter-terrorism officials say there is still a threat of attacks from militants inspired by the Islamic State group.

This story has corrected to fix the district police chief's name to Sugeng Sudarso instead of Bambang Sudarso.