Battle at Bristol: University of Tennessee, Virginia Tech meet up on gridiron inside NASCAR track 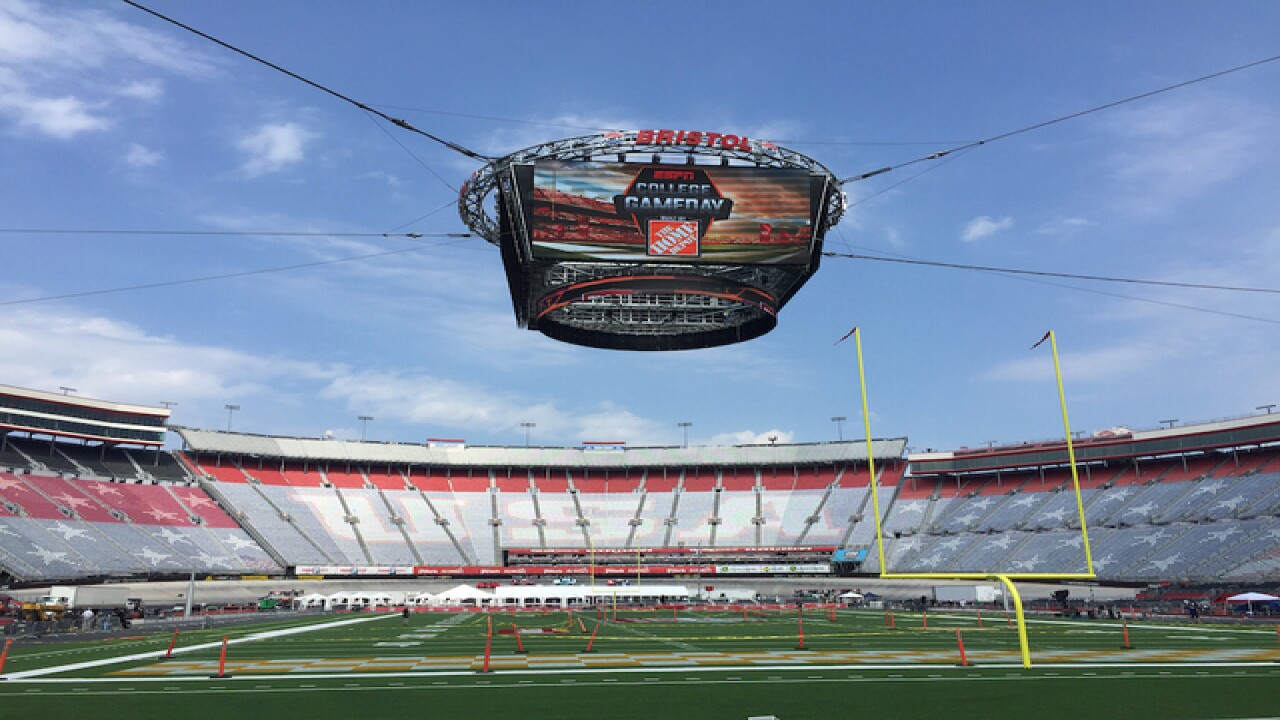 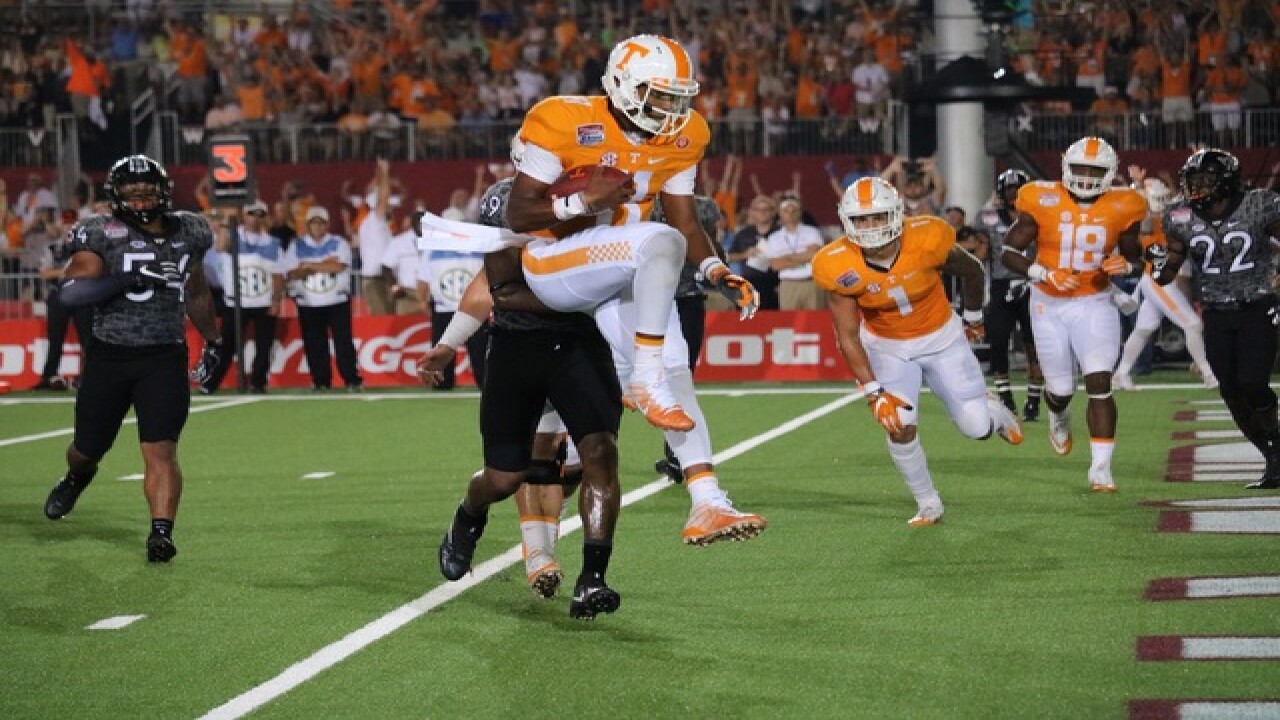 The University of Tennessee Volunteers and Virginia Tech Hokies met up on the gridiron Saturday, Sept. 10, 2016 to make some history.

The two teams are the first at the college level to play inside the Bristol Motor Speedway: The only other time a football matchup took place here was a 1961 NFL exhibition game featuring the Washington Redskins and the Philadelphia Eagles.

More than 1,000 workers were on site at Bristol to guide and shuttle guests around the facility, which is situated on hills. Nineteen law enforcement agencies came together to provide security.

The Volunteers beat the Hokies 45-24.

According to Bristol officials, it took more than 1,500 workers 19 days to transform the speedway into the football arena.