State: Bill Cosby has a mental disorder and should be labeled a sex offender 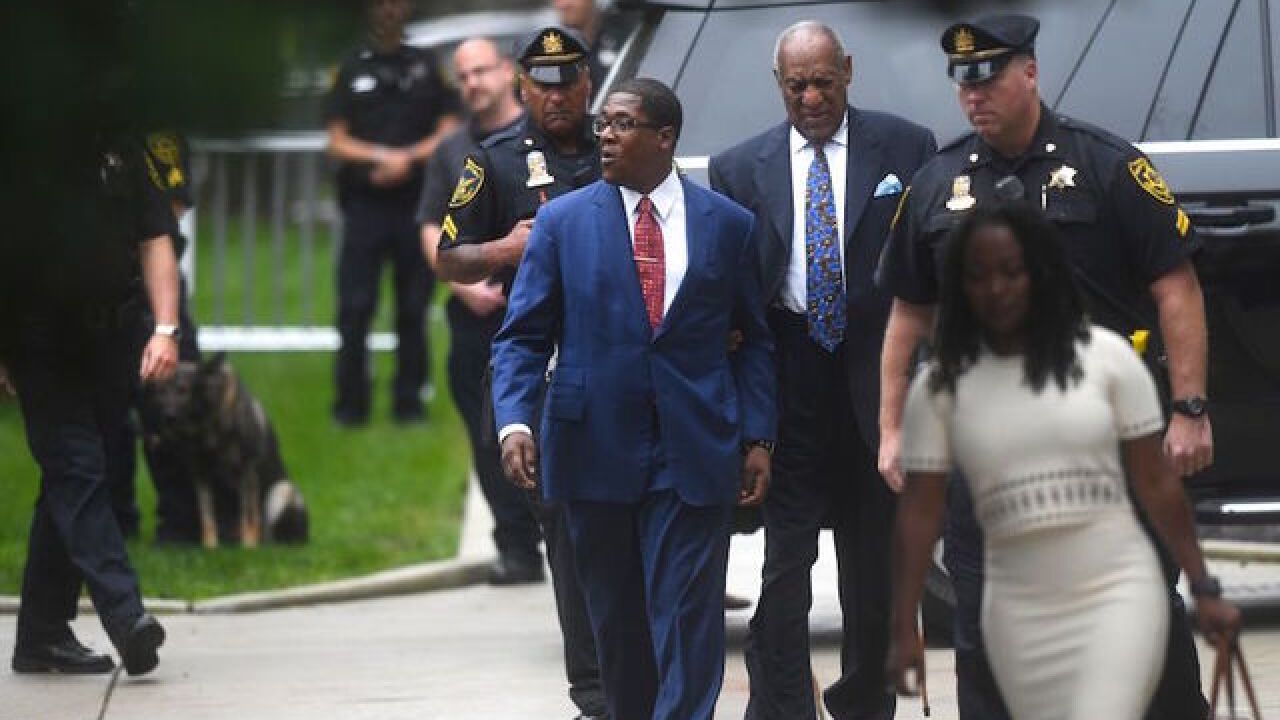 Image copyright 2018 Getty Images. All rights reserved. This material may not be published, broadcast, rewritten, or redistributed.
Mark Makela
<p>Bill Cosby arrives at the Montgomery County Courthouse on the first day of sentencing in his sexual assault trial on September 24, 2018 in Norristown, Pennsylvania. In April, Cosby was found guilty on three counts of aggravated indecent assault for drugging and sexually assaulting Andrea Constand at his suburban Philadelphia home in 2004. 60 women have accused the 80 year old entertainer of sexual assault.</p> 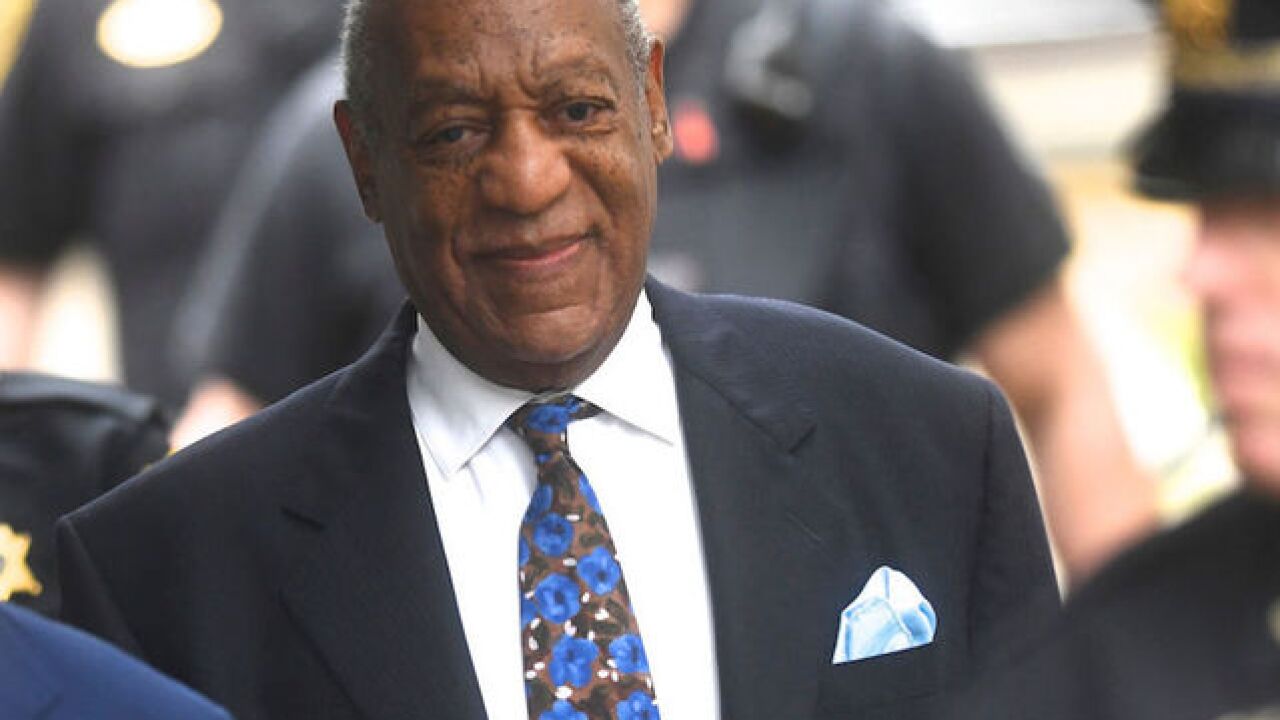 Bill Cosby should be labeled a "sexually violent predator" because he has a mental disorder that involves urges toward nonconsenting women, a prosecution expert said Monday during the comedian's sentencing hearing on three counts of sexual assault.

"The behaviors are beyond their controls, so they are urged to act on it. He is likely to reoffend," Kristen Dudley, a psychologist and a member of the Pennsylvania Sexual Offenders Assessment Board, testified in state court.

Judge Steven T. O'Neill has not yet ruled on whether Cosby will be subjected to the sex offender designation, which would require him to register with state police and submit to sex offender counseling and community notification for life.

The Montgomery County court proceedings come as part of the expected sentencing of the 81-year-old comedian on three counts of aggravated indecent assault for drugging and assaulting Andrea Constand in 2004. He was convicted in April.

Cosby could be sentenced to up to 10 years in prison for each conviction, but prosecutors have indicated they are likely to ask for a lesser sentence. If he must serve time, he could be taken into custody immediately.

A state panel had advised that Cosby should be classified as a "sexually violent predator." Cosby declined to participate in the evaluation by Dudley, who said she came to her determination by reviewing trial transcripts and other reports.

O'Neill ruled Monday morning that the state's classification process is constitutional, knocking down the defense's argument that it is not. His expected ruling on Cosby's status will not impact the rest of the sentence.

Cosby's conviction represented the first high-profile test of the #MeToo movement in a courtroom. The trial centered on testimony from Constand and also featured testimony from five "prior bad acts" witnesses who similarly said Cosby had drugged and assaulted them.

Several of Cosby's victims also arrived at court Monday for the sentencing, including supermodel Janice Dickinson, who testified at the trial. Cosby arrived with his spokespeople, Andrew Wyatt and Ebonee Benson.

Cosby, the groundbreaking actor once known as "America's Dad," did not testify at the trial. But when prosecutors asked the judge to revoke his bail because, they claimed, he has a private plane, Cosby stood up and yelled, "He doesn't have a plane, you a**hole," referring to himself.

The stunning outburst marked a stark contrast from Cosby's relatively quiet public profile in recent years. He has remained out of prison for the past five months on $1 million bail, and his lawyers said they plan to appeal his convictions.

Defense attorneys are likely to point to Cosby's age, declining health, history of philanthropic giving and the fact that this is his first criminal conviction as factors that show he should receive a short prison sentence -- or none at all. In addition, Cosby could be allowed to remain out of prison until any legal appeal is resolved.

The decision is ultimately up to O'Neill, who oversaw Cosby's 2018 retrial, as well as his mistrial a year earlier that ended in a hung jury.

Victims could testify at sentencing

The sentencing hearing, which could extend into Tuesday, could also feature testimony and victim impact statements from women, including Constand, who have accused Cosby of assault. Defense attorneys would be allowed to cross-examine witnesses, said Kate Delano, spokeswoman for the county prosecutor's officer.

O'Neill last week denied prosecutors' request to present "numerous" witnesses who would testify that Cosby sexually abused them in incidents that did not result in criminal charges, court records show.

Cosby also could address the court in an "allocution," Delano said. Convicts typically use the opportunity, before a sentence is handed down, to beg for mercy.

No matter Cosby's sentence, the guilty verdicts already have triggered an outpouring of emotion from his victims.

"I feel like I'm dreaming," Lili Bernard, who has accused Cosby of assault, said after the verdict. "I feel like my faith in humanity is restored."

Monday's sentencing comes as Cosby's defense team, now led by attorney Joseph P. Green Jr., has accused O'Neill of bias and asked him to remove himself from the case -- and to reverse an order that allowed the trial to happen in the first place.

Camille Cosby, Bill Cosby's wife, said in a statement that she had retained a former prosecutor to facilitate her efforts to "uncover the truth" regarding what she says is a feud between O'Neill and Castor.

Since the April verdicts, Cosby has not been permitted to leave his Pennsylvania home. If he wanted to leave the state for another home, he'd have to arrange it ahead of time and wear a GPS monitoring device, O'Neill ruled in April.