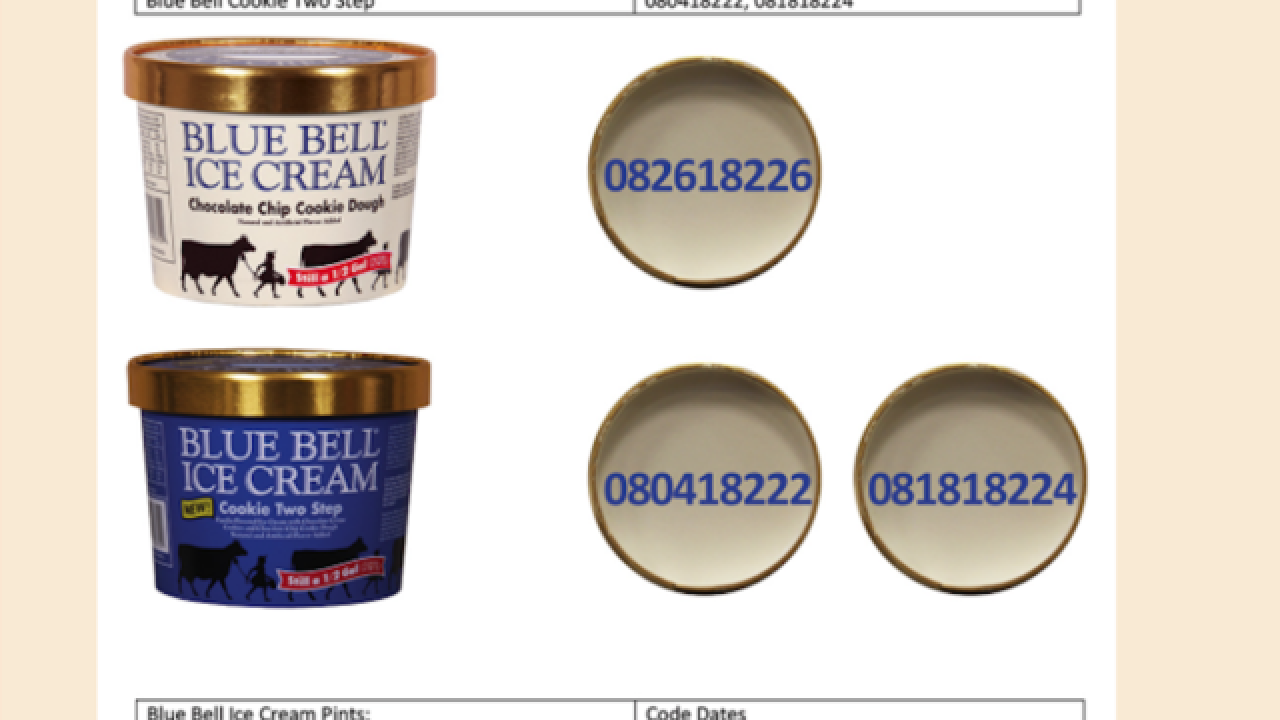 Blue Bell Ice Cream voluntarily recalled some of its products after concerns that some of its ingredients might have Listeria monocytogenes.

The concerns come after the company realized a chocolate chip cookie dough ingredient used in the company's Sylacauga, Alabama plant might have listeria. The ingredient was supplied by a third party.

The products produced with the chocolate chip cookie dough pieces were distributed in Alabama, Florida, Georgia, Kentucky, Louisiana, Mississippi, North Carolina, South Carolina, Tennessee and Virginia, according to the company.

Listeria mainly impacts older adults, pregnant women, newborns and adults with weakened immune systems, according to the Centers for Disease Control and Prevention . Listeria causes fever, muscle aches and gastrointestinal issues such as diarrhea. For pregnant women, listeria can cause infections that lead to miscarriage, stillbirth, premature delivery or life-threatening infections for the newborn, according to the CDC.

So far, no illnesses have been reported, according to the company.