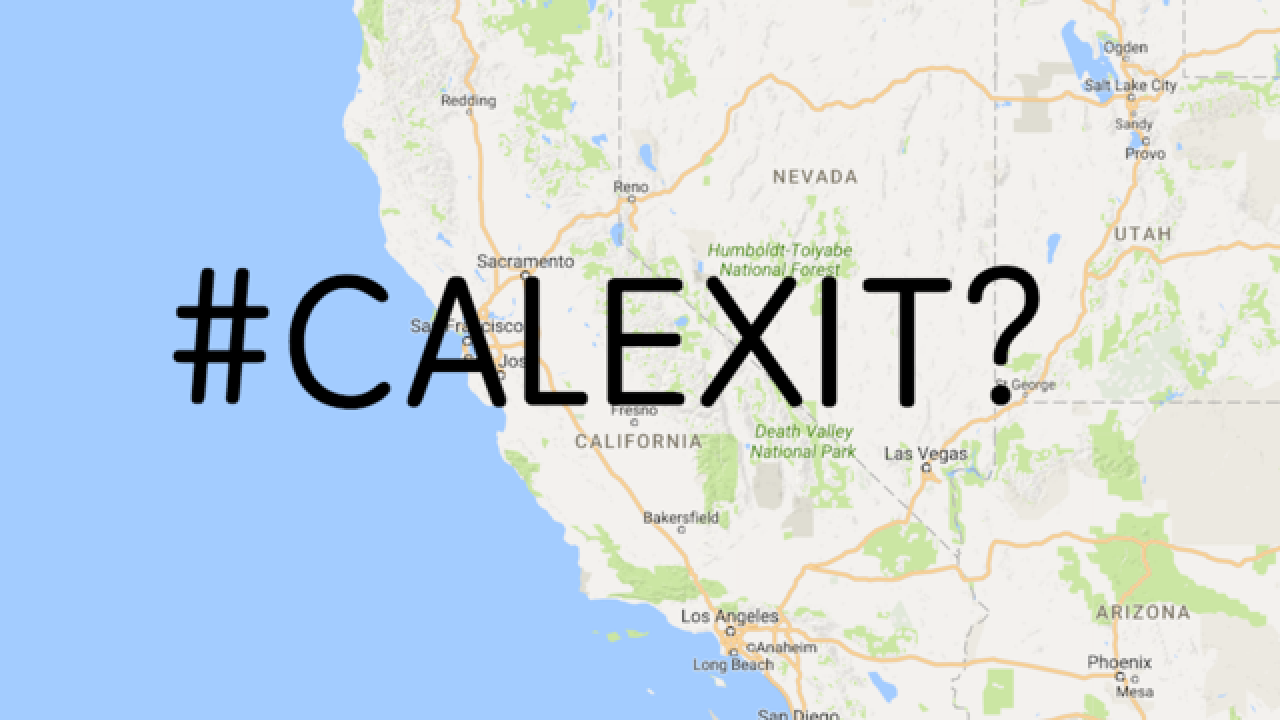 <p>Political groups and prominent tech giants in Silicon Valley are calling for California secession after Donald Trump's victory in the presidential election.</p>

In the wake of Donald Trump’s victory in the 2016 presidential election, a political group in California is seeking ways for the state to secede the union — and the sentiment is shared by some of the most powerful minds in Silicon Valley.

Yes California Independence Campaign said Wednesday it is seeking to put succession on the 2018 California ballot on the same day that a number of key businessmen tweeted that they would fund an effort for Californian independence.

In a movement the YCIC is dubbing #Calexit, the group aims to garner enough signatures to put a referendum on the ballot for the 2018 midterm elections that would allow California to leave the United States and become its own nation.

"As the sixth largest economy in the world, California is more economically powerful than France and has a population larger than Poland. Point by point, California compares and competes with countries, not just the 49 other states.”

In our view, the United States of America represents so many things that conflict with Californian values, and our continued statehood means California will continue subsidizing the other states to our own detriment, and to the detriment of our children.

Business Insider reports that the YCIC has tried to make California its own nation before. In 2015, the group failed to reach the 400,000 signatures needed to put the referendum on the ballot.

But this time, the YCIC could have the backing of some powerful friends in northern California. On Tuesday, Uber investor and Hyperloop cofounder Shervin Pishevar tweeted that he would fund a “legitimate campaign to make California its own nation.”

3/It's the most patriotic thing we can do. Country is at serious crossroads.
We can reenter the union after California becomes a nation.

In July, a number of notable Silicon Valley business people published an open letter denouncing Trump, saying his presidency would limit innovation and the exchange of ideas.

This isn’t the first time states have proposed secession in response to a disappointing election outcome. After President Obama won reelection in 2012, a White House petition proposing secession from historically conservative Texas received more than 25,000 signatures and a response from President Obama.

Our founding fathers established the Constitution of the United States “in order to form a more perfect union” through the hard and frustrating but necessary work of self-government. They enshrined in that document the right to change our national government through the power of the ballot — a right that generations of Americans have fought to secure for all. But they did not provide a right to walk away from it.