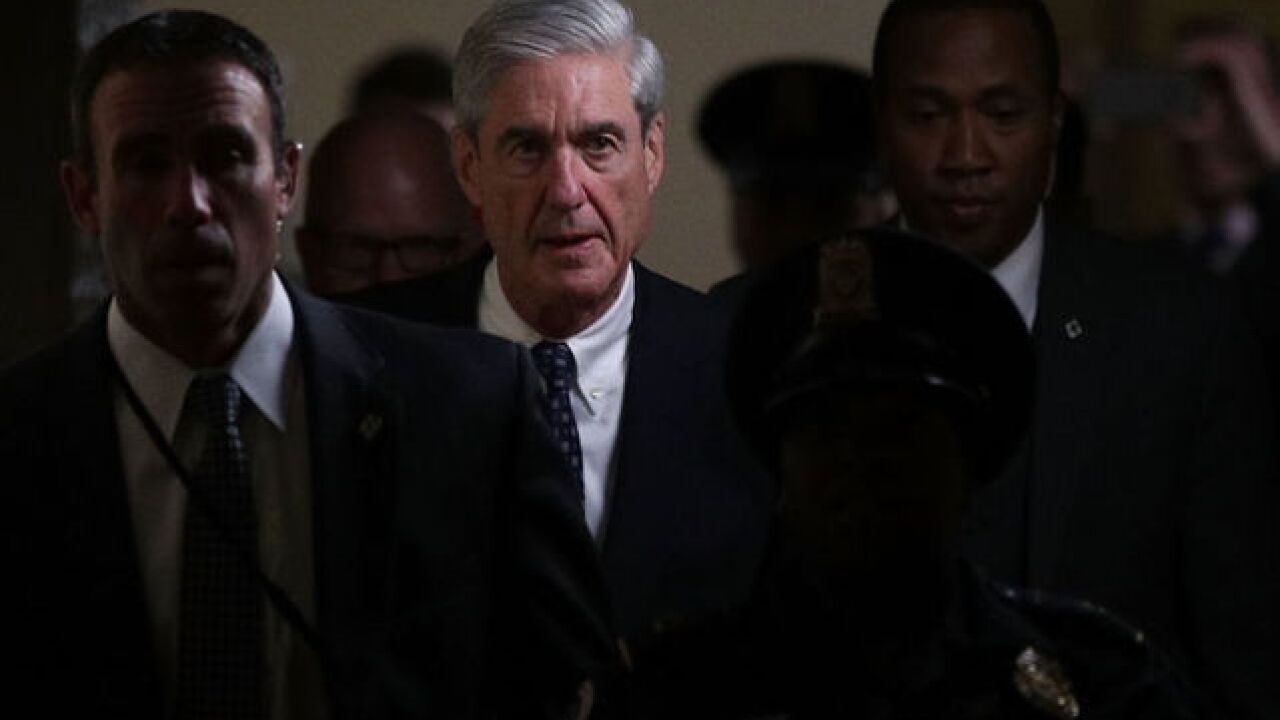 Image copyright 2017 Getty Images. All rights reserved. This material may not be published, broadcast, rewritten, or redistributed.
Alex Wong
<p>Special counsel Robert Mueller (C) leaves after a closed meeting with members of the Senate Judiciary Committee June 21, 2017 at the Capitol in Washington, DC. </p>

Richard Pinedo, a California computer whiz caught by the special counsel's office selling fake online identities to Russians, will be sentenced by a federal judge in Washington on Wednesday, making him the third defendant to learn his sentence in Robert Mueller's probe.

Pinedo is one of the more unusual and relatively unknown defendants caught in Mueller court actions so far.

In memos sent to a federal judge before his sentencing, Pinedo's defense team and prosecutors capture just how far-reaching the high-profile special counsel investigation into the 2016 election has been.

He pleaded guilty to one count of identity fraud during a confidential court hearing in D.C. federal court on February 12. His case was made public four days later, when the Justice Department announced its indictment of 13 Russians and three companies for running an online election propaganda effort.

Since his guilty plea was unsealed, Pinedo says he's faced online harassment and safety risks because of the national attention.

Pinedo asked Judge Dabney Friedrich of the U.S. District Court in D.C. to spare him from serving time in prison. Prosecutors haven't asked the judge for any particular sentence — though they did stop short of asking for his imprisonment in a recent court filing.

Prosecutors told the judge that Pinedo gave them "significant assistance" and that his admissions and testimony "saved the government significant time and resources in the investigation."

The prosecutors describe Pinedo's crime as "identity fraud on a large scale, committed remotely through the ease of the internet, with real-life damage inflicted on scores of innocent victims," according to their memo to the judge. Since they wrote to the judge in late September, Friedrich has asked for clarification on the number of victims.

Court staff calculated a recommended sentence of 12 to 18 months in prison for Pinedo, but given the prosecutors' leniency in their argument before his sentencing, it's unlikely he'd serve that much time, if any.

Several other defendants who've pleaded guilty to charges from Mueller, including former national security adviser Michael Flynn, former Trump campaign chairman Paul Manafort and his deputy Rick Gates, have not yet been sentenced.

Pinedo, a single 28-year-old nicknamed "Ricky" by his parents, lived a humble life in southern California before he unwittingly helped Russians allegedly undermine the 2016 election and federal investigators caught him.

"Never in his wildest dreams could he have foreseen that providing bank account information to set up PayPal accounts could be used to interfere with a presidential election," Pinedo's attorneys wrote to the judge. "Mr. Pinedo now understands that in a direct and meaningful way, his illegal behavior aided those that sought to undermine American democracy--a fact Mr. Pinedo deeply regrets and will be forced to live with for the rest of his life."

His former National Guardsman father, in his own letter to the judge, wrote how "Ricky" doesn't drink alcohol, take drugs and has never faced legal action before.

"This incident took everyone by surprise," his father wrote. "I just hope that when eventually all of this starts to die down, my son and the rest of the family can go back to living our normal lives."

Pinedo first intersected with the Mueller probe in December 2017, when the FBI raided his family's home in rural Santa Paula, California, his attorneys said. He spoke to the FBI without seeking his own attorney and admitted to owning an online account sales website.

The California man and his father, who has the same name, have been harassed, doxed online and received death threats, his attorneys wrote. He "lives in a constant state of fear," his attorneys wrote, and "often suffers severe anxiety simply driving through his own neighborhood."

Pinedo testified before a federal grand jury, which approved the indictment of the Internet Research Agency, Concord Management and Consulting and the oligarch Yevgeny Prigozhin, known as "Putin's chef."

Of the 16 defendants in the social media propaganda case, only Concord Management has appeared in U.S. court. The company says it is not guilty.