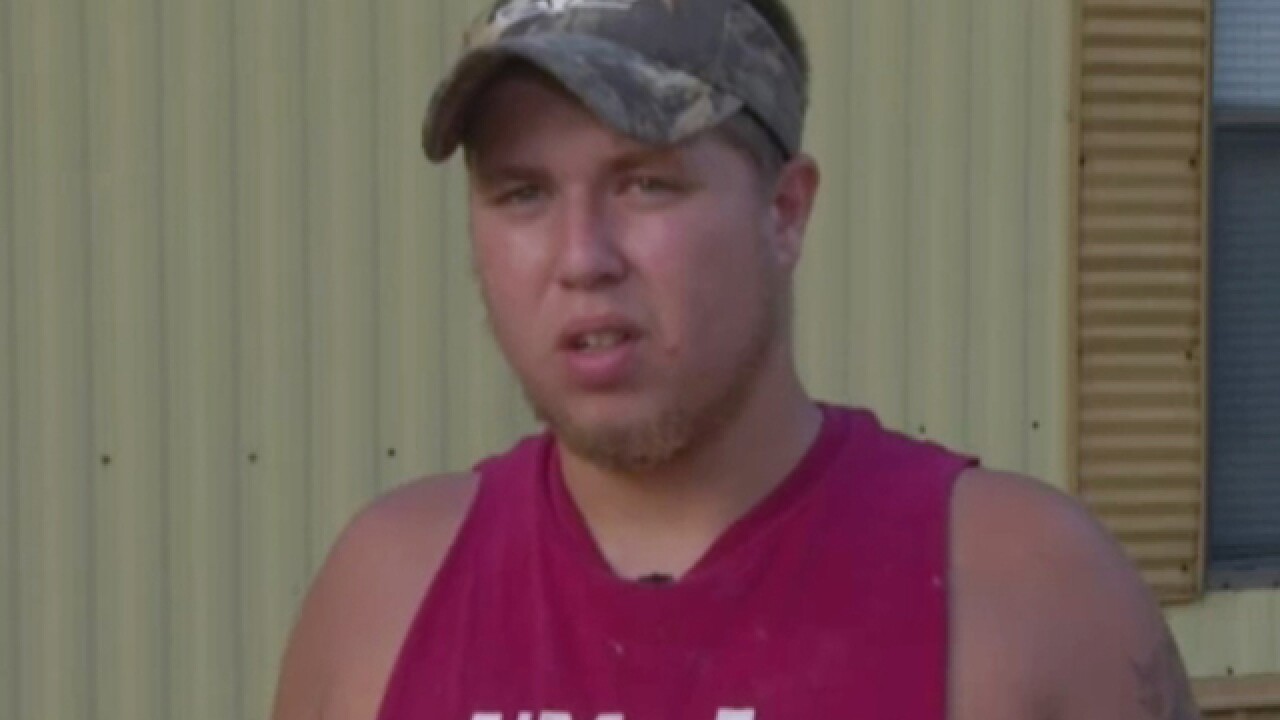 Copyright Associated Press
<p>FILE - In this June 18, 2015, file frame from video, Joey Meek, friend of Dylann Roof who is accused of killing nine black church members during Bible study on June 17 in Charleston , S.C., speaks to The Associated Press. </p>

CHARLESTON, S.C. (AP) — A friend of the white man accused of fatally shooting nine black parishioners in Charleston last year pleaded guilty Friday to lying to federal authorities during their investigation. He also revealed that the suspect told him he planned to kill himself after the slayings, which he had planned for months.

The plea by Joey Meek, 21, marked the first conviction in a mass killing that stunned the country, reignited discussions about race relations and led to the removal of a Confederate battle flag from the South Carolina Statehouse. Dylann Roof, who is charged with the slayings, had previously posed for photos with a rebel flag.

Meek signed a deal with prosecutors under which he agreed to plead guilty to lying to authorities and failure to report a crime. He could face up to eight years in prison when he's sentenced later, although prosecutors say they will argue he deserves less time if he's helpful in their ongoing case.

Meek admitted to key points of the government's case against him, saying Roof had told him he had planned for more than six months to shoot people at a black church in Charleston on a Wednesday night during Bible study. Meek also said Roof told him he had a gun and a fanny pack to carry extra ammunition, and that he intended to start a race war with the killings.

He also said Roof told him he had planned to kill himself after the church slayings.

Authorities have said Meek failed to tell investigators all he knew about Roof's plans to shoot the parishioners at Emanuel AME Church last June. Roof, 22, is charged with nine counts of murder in state court and with hate crimes and other charges in federal court.

State prosecutors are seeking the death penalty in Roof's trial, which has been delayed until next year. Federal authorities haven't said if they too will seek a death sentence for Roof. No trial date has been set on those charges. Roof's attorneys in both cases have previously said he's prepared to plead guilty in return for life sentences.

Before Meek was charged last fall, he had long been a part of the story of Roof and his arrest. A day after the massacre, Meek, who had hung out with Roof off and on in the weeks before the June 17 shooting, told The Associated Press Roof had drunkenly complained to him that "blacks were taking over the world" and "someone needed to do something about it for the white race."

Meek also told the AP he called the FBI after recognizing Roof in surveillance footage from the church, down to the stained sweatshirt he had worn while playing Xbox videogames in Meek's home the morning of the attack. He also said Roof told him he used birthday money from his parents to buy a .45-caliber Glock semi-automatic handgun.

But authorities allege that Meek knew more, saying in an indictment he knowingly lied to an FBI agent when he said "he did not know specifics of Dylann Roof's plan to shoot individuals on a Wednesday, during Bible Study, at an AME Church in Charleston, South Carolina."

Roof's federal defense team had no comment on Meek's guilty plea. The Associated Press left messages with his attorneys in the state case seeking comment.

Debra Gammons, a former prosecutor who now teaches at Charleston School of Law, says that Meek's cooperation will be important to both state and federal prosecutors. To prove murder in South Carolina, one must show premeditation.

"As far as the prosecution goes you now have this other person saying this is what the plan was," she said. "It's good evidence from the state's perspective and the federal government's perspective."

But Gammons said much will turn on specifically what Meek has to say.

"If it's as vague as what I saw earlier that Roof said he wanted to start a race war, that's pretty vague," she said. "But if he said, yeah I'm going down to Charleston, I know where this church is and this is what I'm going to do, that's more direct."

Under the plea agreement, Meek must testify truthfully and also provide "any books, papers or documents of evidentiary value to the investigation."