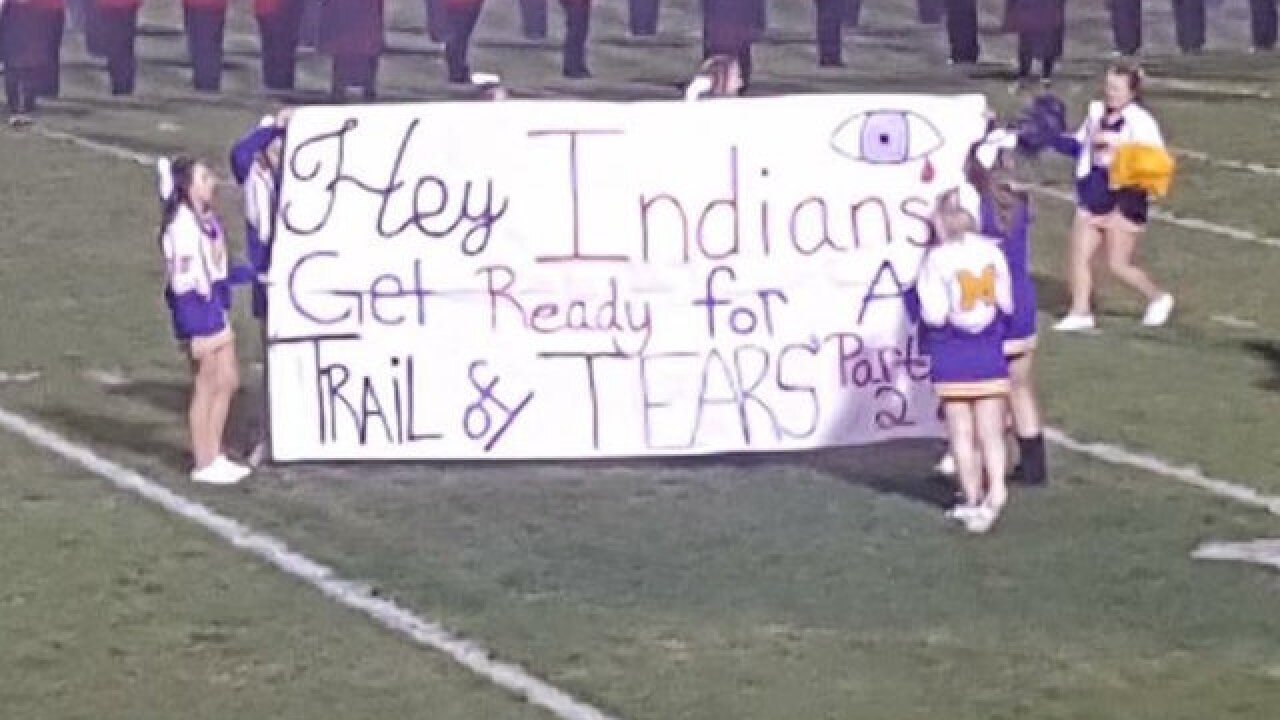 <p>Cheerleaders for McClain High School in Greenfield, Ohio display a breakaway banner at a football game that some parents deemed offensive.</p>

An Ohio high school's cheerleading squad stole the headlines from its football team after a game on Friday night.

Cheerleaders from McClain High School — located about 60 miles southwest of Columbus — held a breakaway banner that read "Hey Indians, get ready for a Trail of Tears, part two," before the school's road game started. The McClain Tigers were playing against the Hillsboro Indians in the team's final regular-season game.

The Trail of Tears was a series of forced removals and migrations of Native Americans by the United States government in the 1830s. The brutal process resulted in the deaths of an estimated 4,000 Cherokee people as they were forcibly marched thousands of miles westward. To put the death toll into perspective, about 3,000 people died in the attacks of 9/11.

At least one person at the game was immediately offended by the banner. Rachel Onusko tweeted a picture of the banner and described it as "beyond ignorant and offensive." Onusko added "This is not how I want my hometown represented."

Representatives of McClain High School posted an apology to the school's Facebook page after the game, according to WHIO-TV . But that apology has since been deleted.

"Tonight an event occurred that does not reflect the values or beliefs that we try to instill in the students of McClain High School," a screenshot of the apology reads . "An immediate apology was issued to both the principal and athletic director of Hillsboro High School. We would also like to apologize to the citizens of Greenfield for the poor reflection on our community."

The Hillsboro Indians won the game 43-40.