China forced to close record-breaking glass bridge: Too many visitors 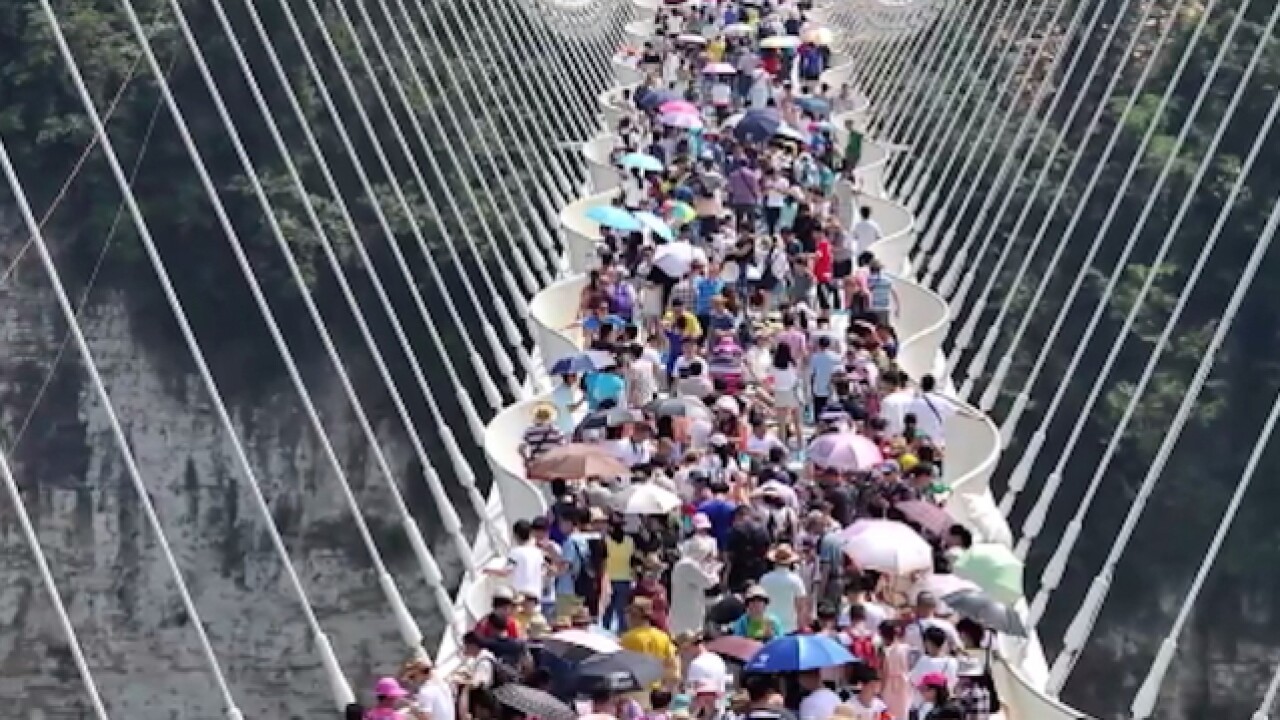 A glass bridge that opened in China less than two weeks ago has closed after officials said too many people wanted to visit.

The capacity of Zhangjiajie Grand Canyon is 8,000 people per day, but demand was 10 times higher than that, according to CNN.com. The bridge has a glass bottom and suspends 430 meters high over a 300-meter deep valley in Zhangjiajie Park.

It is the world's largest, tallest bridge.

The bridge closure was decided by the government. Officials have not said if and when it will reopen the bridge.

Changes will be made during the closure, including updates to a scenic area, parking lots and customer service, CNN.com said.