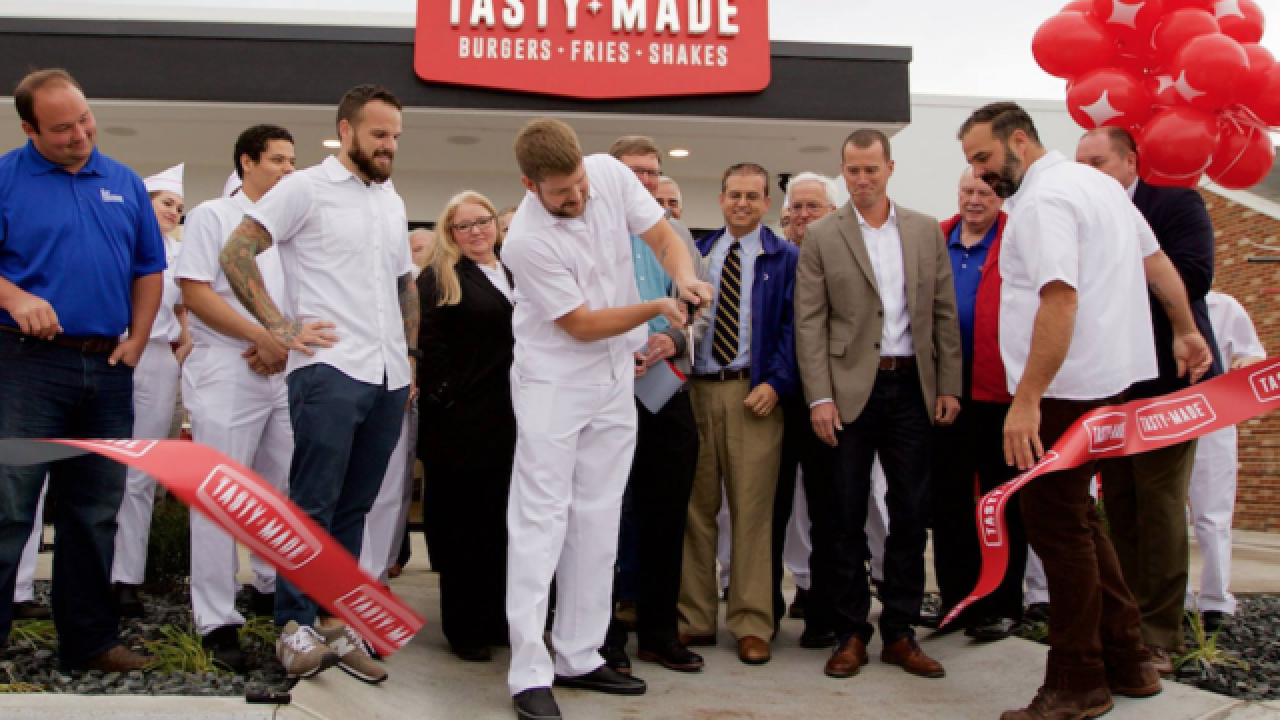 The first Chipotle-owned burger restaurant opened on Thursday in Lancaster, Ohio to mixed reviews by customers.

Tasty Made burgers are following the Chipotle model of using additive-free ingredients. The menu offers few options for consumers, as burgers and fries are the only menu items at this time.

While some gave rave reviews of the food on opening day, many customers complained that their food was raw or undercooked.

'Would have liked one of our burgers to be done rather than bright pink in the middle," Angie Sisson Erdy said. "I understand that today was the first day, but this is not a great first impression."

"Great food. We drove from Hebron, Ohio and it was well worth the drive. Best burger and fries I have had in a long time. Thanks for the great service," Valiant Woodward said.

Chipotle has not stated whether it would expand beyond the Ohio location.

The opening of Tasty Made came on the same day Chipotle announced third-quarter revenues are down 14.8 percent from the same time in 2015.